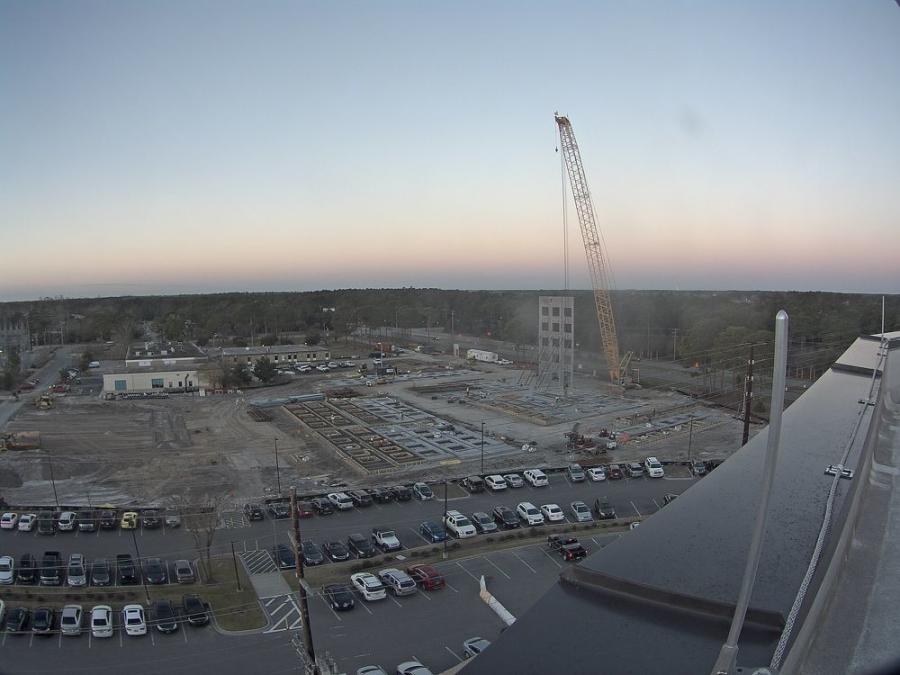 The team is erecting between two and six panels per day, A total of 36 panels, each of which is 85 ft. tall, will be used in the construction.

A project to create the first five-story tilt-up building in South Carolina is currently under way in Myrtle Beach. The new medical office building, which will be located adjacent to an existing hospital, is the result of a partnership between the Grand Strand Medical Center and HCP Inc., a real estate investment trust.

The contract was awarded to Mashburn Construction, Columbia, S.C., which began construction in late 2018. The approximate total cost is $22 million including tenant upfits. Completion is scheduled for the fall of 2019.

The 95,000-sq.-ft facility will be located off 79th Avenue North on the campus of Grand Strand Medical Center. Services will reportedly include physician offices for heart and vascular care, spine and neurological care, general surgery, cosmetic and reconstructive surgery and primary care. 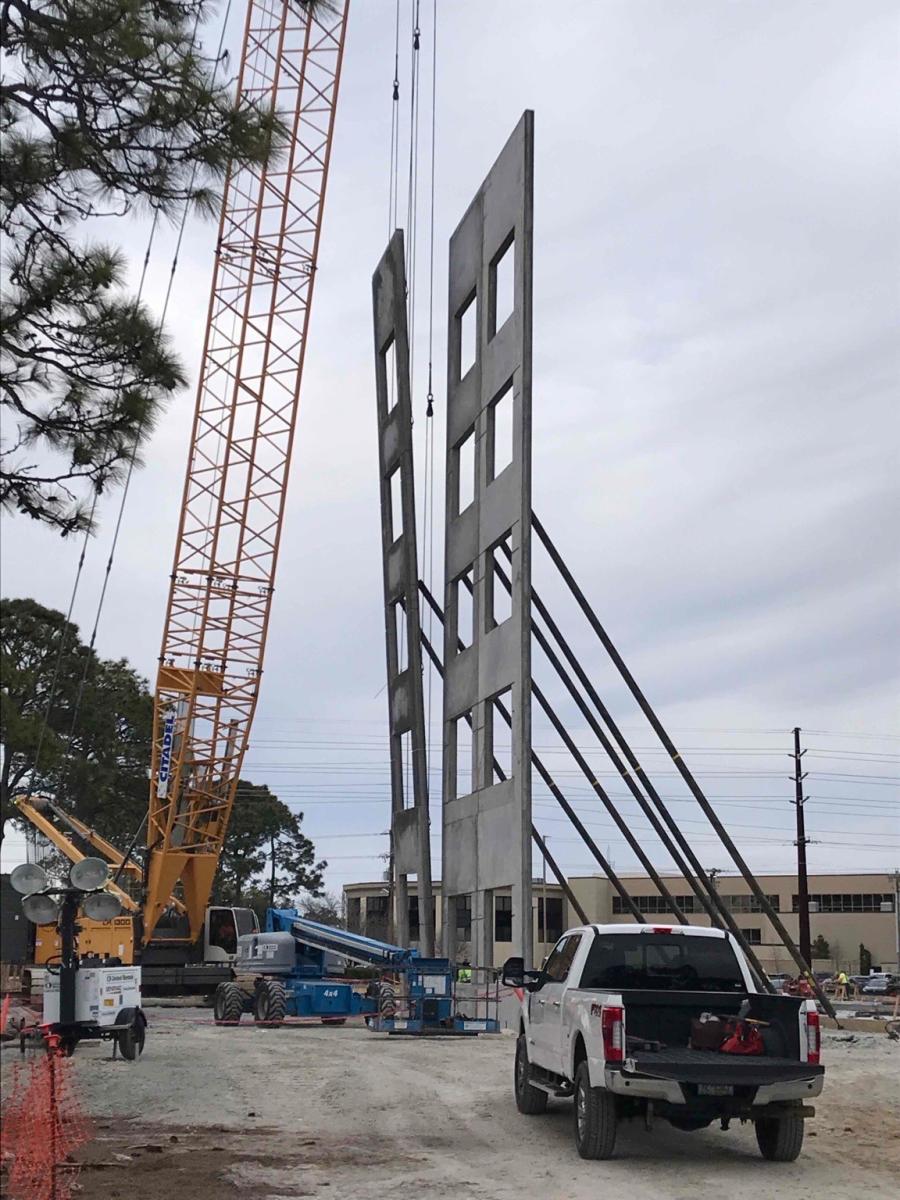 Mashburn Construction is using a crane weighing 700,000 lbs. to install panels that weigh approximately 160,000 lbs. each.

"The crane was provided through Citadel Contractors Inc.," explained Lindsey Culley, business development and marketing coordinator for Mashburn. "We have had the crane on site for several weeks and we should be using it for about six to eight weeks for the panel assembly. The team [and crane] are erecting between two and six panels per day, and steel work is happening throughout the panel process as well. After usage of the crane is complete, Mashburn will begin work on the exterior of the building to prepare for windows, paint, and finishes."

Each concrete wall panel is formed and poured flat on the ground and then "tilted" into place, supported with an internal structural steel frame, Culley said. A total of 36 panels, each of which is 85 ft. tall, will be used in the construction.

According to Lee Mashburn, the construction company's president, the major advantage of a five-story tilt-up building is that it will expedite completion of the building envelope and structure so that interior upfits can be completed sooner than they would be on a conventionally constructed building. 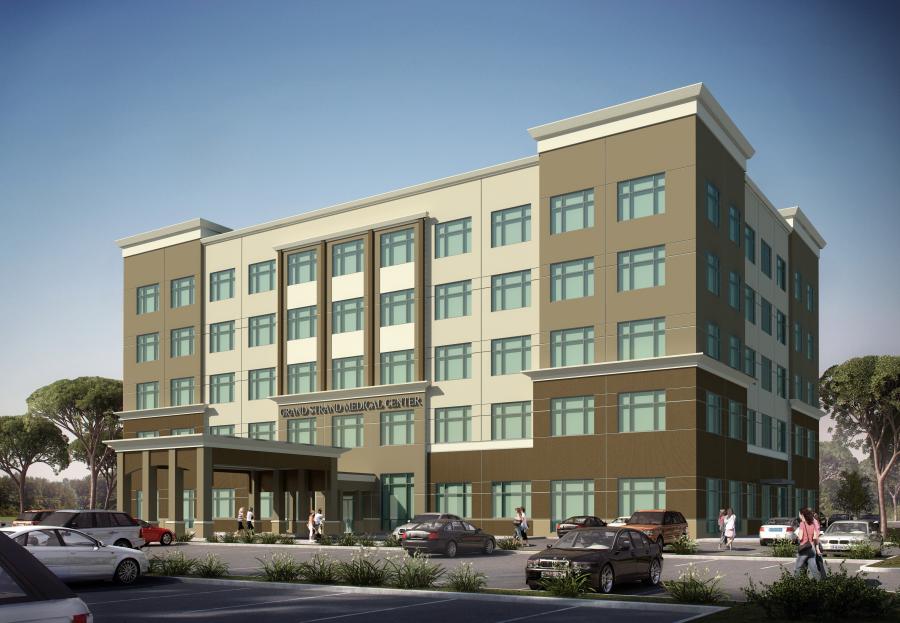 When complete, the building will house medical offices for HCP Inc. and its partner, Grand Strand Medical Center. Completion is expected in the fall of 2019.

"We recommended this construction method as it includes a very aggressive schedule and is more cost-effective for our client, which is something we value during our preconstruction process," he said. "We are proud to lead the way with the first five-story tilt up in South Carolina and look forward to doing more in the future."

The architect for the project is Baker Barrios.

Culley noted that Mashburn Construction strives to be one of the top health care contractors across the state, with health care constituting up to 50 percent of its total volume. The company, founded in 1976, is a full-service construction company providing construction management, design-build, preconstruction and general contracting services.

Headquartered in Columbia, Mashburn also has offices in Charleston and Greenville, S.C.