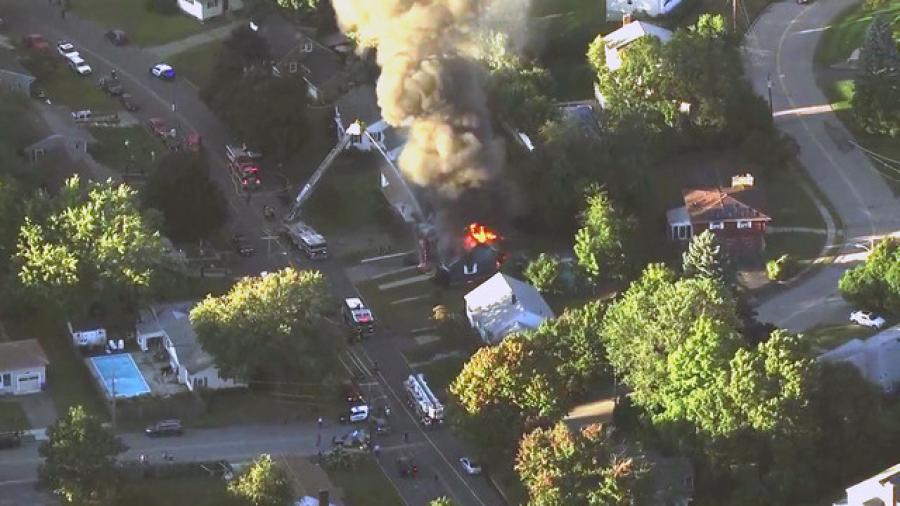 The explosions and fires Sept. 13 in Lawrence, Andover and North Andover were triggered by over-pressurized gas lines. (wpri.com photo)

ANDOVER, Mass. (AP) The utility blamed for a series of natural gas explosions in Massachusetts in September has agreed to pay $80 million to three communities to cover road repairs and other associated costs of the disaster, officials announced May 7.

The explosions and fires Sept. 13 in Lawrence, Andover and North Andover were triggered by over-pressurized gas lines. One person died, dozens were injured and more than 100 structures were damaged. Thousands of customers were left without natural gas service, including heat and hot water, during the winter months.

"We all wish the number was higher, but if you take into account the time value of money and the cost of lengthy litigation into account, this is a good deal," Lawrence Mayor Daniel Rivera said at a news conference to announce the settlement with Columbia Gas of Massachusetts.

Rivera, who has been highly critical of Columbia Gas, said it takes the financial burden of repairs off taxpayers.

Nearly $62 million of the settlement has already been paid to the communities, Andover Town Manager Andrew Flanagan said.

Flanagan said it would take several years for his town to see all the benefits of the settlement.

Of the $80 million, $57 million will pay for repairs to about 50 miles of roads that had to be dug up for gas main replacement.

Columbia Gas President Mark Kempic called the settlement the "best possible outcome" and thanked the communities for their "strength, patience and resilience."

"We wish this didn't happen, obviously. However, our goal now is to put people back into the position they would have been if it didn't happen," Kempic said.

NiSource Inc., the parent company of Columbia Gas of Massachusetts, said in a quarterly report to investors that the potential financial costs of the disaster have jumped to more than $1.6 billion.