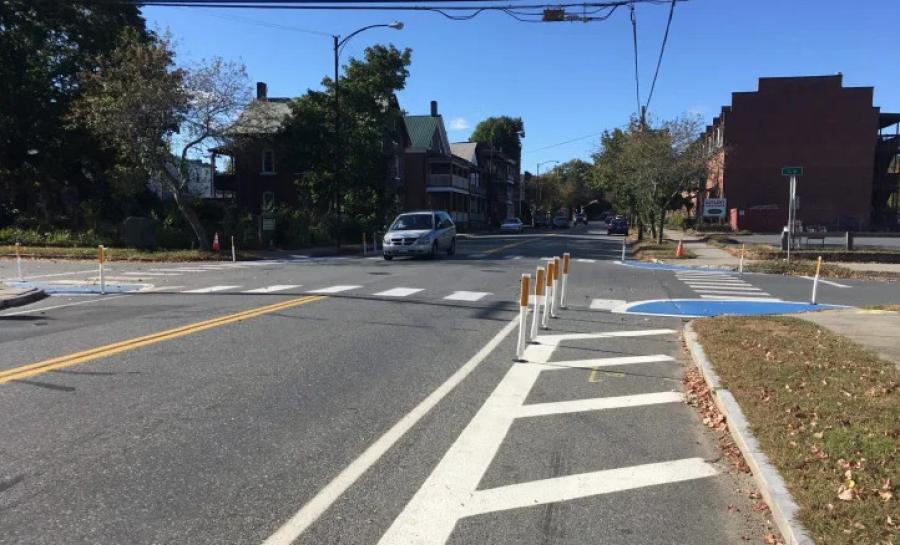 The Massachusetts Department of Transportation (MassDOT) delivered welcome news to 96 projects across the Commonwealth on July 21 as it released $6 million in grants to 18 communities through its 2022 Complete Streets Funding Program. In addition, the state agency gifted another $6.5 million to 78 applicants in its ongoing Shared Streets and Spaces program.

StreetsBlog Mass noted that since the program's launch in 2016, 235 cities and towns have worked through the program to adopt a local Complete Streets Policy, and 205 municipalities have completed the next step of developing a Complete Streets Prioritization Plan, which makes projects eligible for construction funding.

"Cities and towns across the Commonwealth are safer today than they were several years ago for people walking, bicycling and taking public transportation due to grants awarded through the Complete Streets Funding Program to create crosswalks, widen sidewalks, install pedestrian traffic signals, expand bicycle lanes and make travel easier between bus stops and public transit stations," said acting Transportation Secretary and CEO Jamey Tesler in a press release accompanying the grant announcements.

The following are highlights from this summer's round of Complete Streets grants:

MassDOT also announced its latest round of Shared Streets and Spaces grants on July 21. The new funding program was established during the pandemic to fund quick-build street design changes that support public health, safe mobility and small business.

The Shared Streets grants tend to be smaller, with an average award of $83,300 spread among 78 grantees, according to StreetsBlog Mass.

The current round of funding will finance conversions of underutilized street space to public plazas and outdoor dining areas in Worcester, Springfield, Andover, Ashburnham, Fitchburg, Medford, Saugus, Taunton and Williamstown, plus new bikeshare stations in Cambridge, Newton, Brookline and Concord.

Among the program's larger grants are: