MB Crusher Evolves the City Worth a Fortune 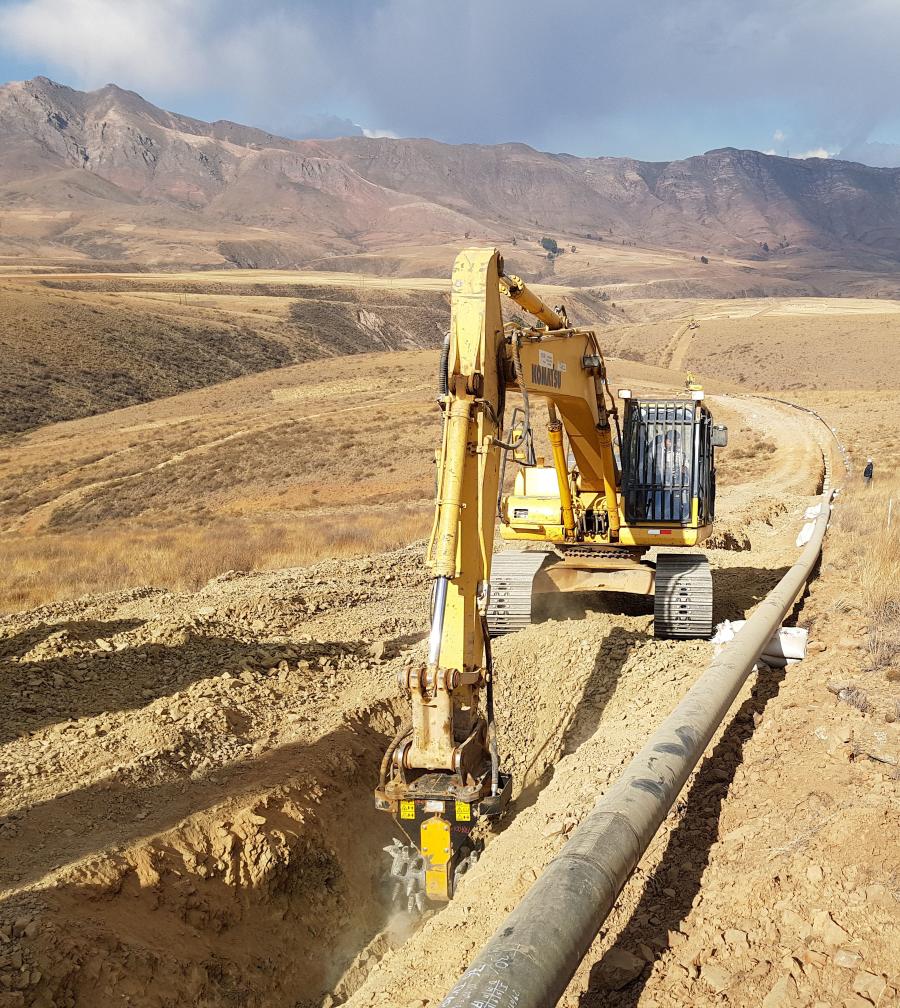 Even today in Bolivia, the phrase "worth a Potosì" means "it is worth a fortune." Just by passing through the streets of Potosì and listening to the former miners retell the history of the city, you become aware of the beauty and magic of what was once one of the richest cities in the world.

And not only one of the richest. Today, Potosì is one of the highest cities in the world. At 13,149 ft. above sea level, it has been a UNESCO World Heritage Site since 1987. It is also famous for its silver mines, many of which are still active.

Right up there, in a terrain that is not completely served by roads, MB Crusher's MB-R800 drum cutter is involved in a large project, known to locals as the "Expansión Gasoducto Sucre-Potosì," or Sucre-Potosì Gas Pipeline Expansion. This is the construction of an 187,000-ft. gas pipeline between Mariaca and Karachipampa. The project will meet Potosì's ever-increasing demand for natural gas and will allow the expansion of commercial and industrial activities in the area.

The Cutter That is Not Daunted by Anything

Working conditions in Potosi have proven to be difficult. The soil, in fact, is formed from a conglomerate of rock and granite that is very difficult to mill. Even geographically, the area is challenging: it is an area composed of upland and Andean mountains, with temperatures that fall to less than 8 degrees below zero.

In a rarefied zone with extreme conditions and hard rock, the work was arduous, but not for the MB-R800 drum cutter, which was designed and built to complete even the most difficult of jobs, performing like only a "100-percent-Made-in-Italy" product can. For this project, the MB-R800 drum cutter is attached to a Komatsu PC200 excavator.

The MB cutter is also equipped with an integrated security system that intervenes if the excavator's parameters are not properly regulated. In cases where materials with different levels of hardness are being operated upon, MB cutters are able to adapt and use proportional force depending on the tenacity and hardness of the material. This reduces stress on the excavator arm and increases stability during processing.

The two drums can be dismantled directly on site, and the patented direct drive twin motor system allows a differentiated distribution of force with regard to the two milling heads.

The MB-R800 cutter was not working out there alone. The project also included a BF80.3 crusher bucket, which also bears the MB Crusher brand. Its task is to crush the material excavated by the cutter and reduce it in size to be reused to cover the pipes.