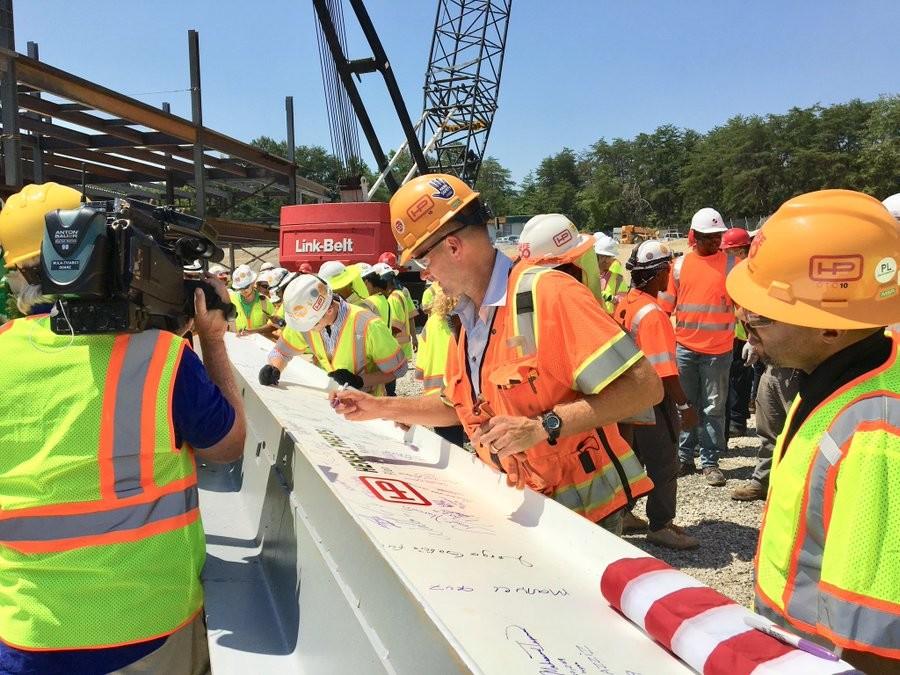 At the celebration, the final construction beam was signed by project officials and members of the construction team. (MTA photo)

The Maryland Department of Transportation Maryland Transit Administration (MDOT MTA) and concessionaire Purple Line Transit Partners celebrated the completion of the framework of the 170,000-sq.-ft. operations and maintenance facility (OMF). 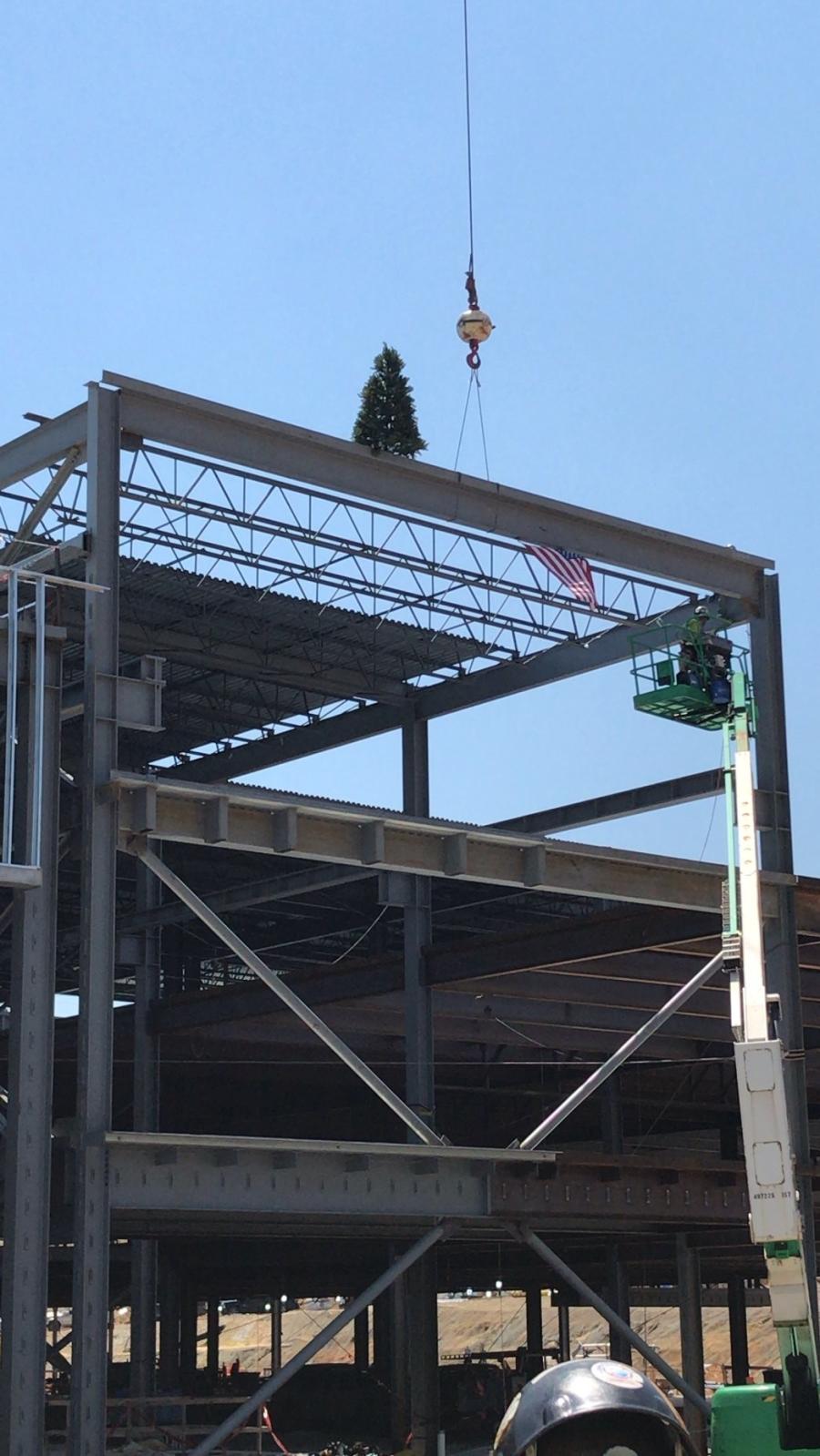 "This is a key milestone for the Purple Line," said Charles Lattuca, MDOT MTA executive director of transit development and delivery. "The OMF facility is a critical component of the Purple Line, and the final beam placement visibly demonstrates the project's continued progress."

The OMF, located off Veterans Highway in the Glenridge community, will support regular maintenance of rail cars, including vehicle washing and repair and re-fabrication of running gear and electronic train control systems. The facility will house the Purple Line Operations Control Center, which will have state-of-the-art train control and monitoring systems. When operational, the OMF will house more than 200 workers.

At the celebration, the final construction beam was signed by project officials and members of the construction team. It was placed into position atop the facility after the ceremony.

Maryland Gov. Larry Hogan broke ground on the OMF on Aug. 28, 2017. Since then, Purple Line Transit Constructors has completed 15 percent of the project.

The Purple Line is a light rail system that will extend from Bethesda in Montgomery County to New Carrollton in Prince George's County. It will provide a direct connection to the Metrorail Red, Green and Orange lines at Bethesda, Silver Spring, College Park and New Carrollton. The Purple Line also will connect to MARC, Amtrak and local bus services.