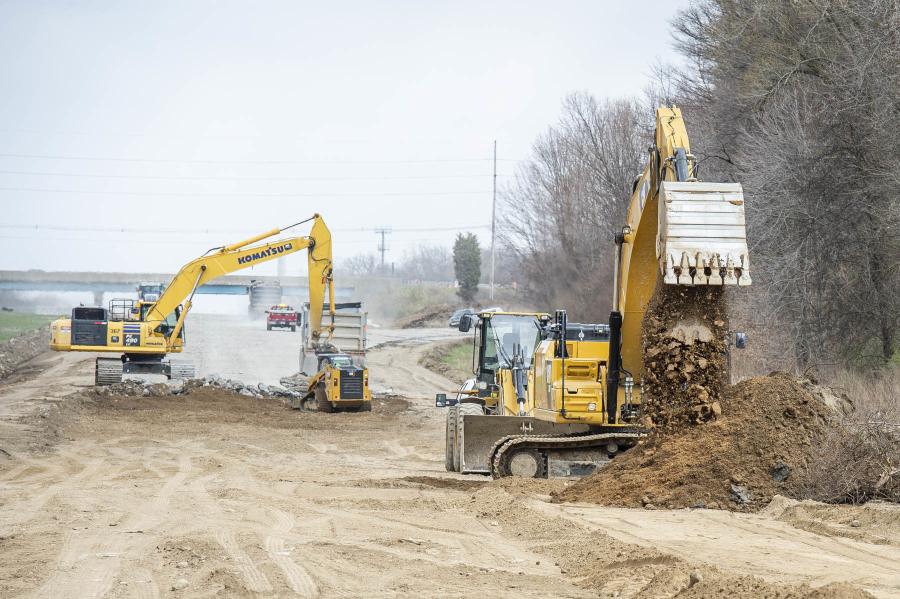 Work includes reconstructing the freeway and ramps, preventive maintenance on all bridges in the project area and making operational improvements to the entrance and exit ramps. (MDOT photo)

The Michigan Department of Transportation (MDOT) is overseeing a $60 million project that will improve I-496 between I-96 and Lansing Road. Work includes reconstructing the freeway and ramps, preventive maintenance on all bridges in the project area and making operational improvements to the entrance and exit ramps at the I-96, Creyts Road and Waverly Road interchanges. These improvements will provide increased safety and mobility in this area of I-496, which is considered a significant local and national trade corridor. 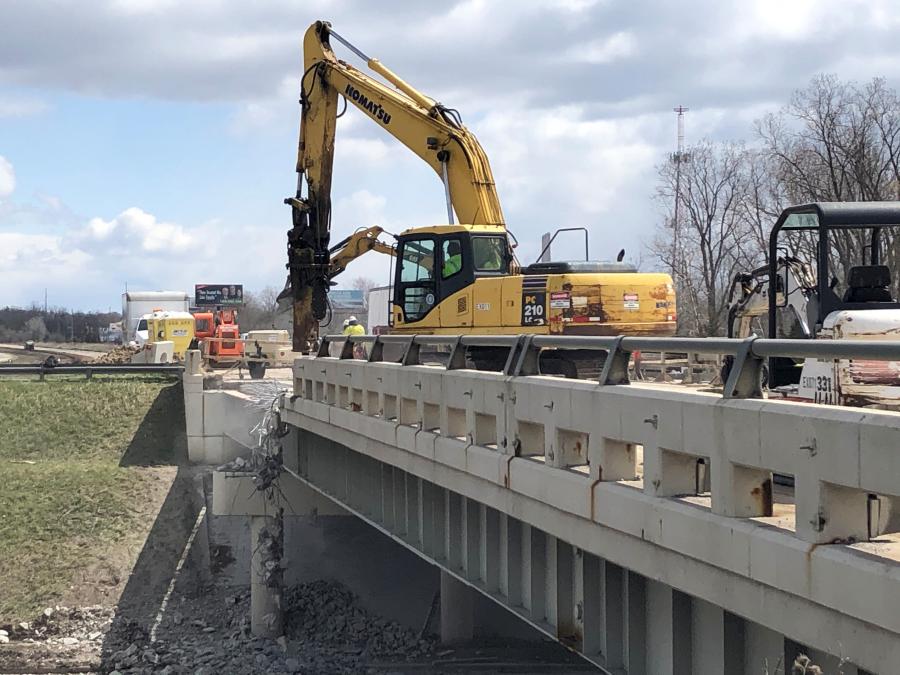 "The most heavily-traveled section of the pavement being reconstructed carries more than 51,000 average daily traffic on a standard business day," said Jason Early, construction engineer, MDOT Lansing TSC. "The existing interstate pavement is now 50 years old, and has exceeded both its design and service life. The necessary ongoing maintenance activities are cost-prohibitive on an ongoing basis."

The "Pave the Way Project", which combines rebuilding Michigan bond funds with FHWA dollars, will allow for the reconstruction of more than 5 mi. of interstate, along with various safety improvements. Preventative maintenance includes epoxy and polyester overlays; concrete deck and barrier replacements; and beam, substructure and slope paving repairs, structural steel painting and approach work.

During the first phase of the project, all of eastbound I-496 traffic is fully detoured. In the second stage, westbound I-496 traffic will be detoured to allow for a full closure of this section of roadway. This will result in the safest work zone for the public and construction crews, according to MDOT. The approach also optimizes the contractor's efficiency to complete the project as soon as possible.

Despite the inconvenience, Early said motorists are getting used to the changes.

"The traffic seems to have adjusted well to the detour of eastbound I-496. The public has adapted to the detour route, or found alternate routes, which have allowed the work zone to function well. It must be noted that overall traffic volume has been greatly reduced due to the COVID-19 situation, and the Michigan's governor's associated executive orders. These factors have certainly impacted the traffic negotiating the work zone."

Work began in spring 2020, with D.J. McQuestion and Sons Inc. serving as the prime contractor on the project. According to Early, completing the proposed contract work within the seasonal limitations is a significant challenge. 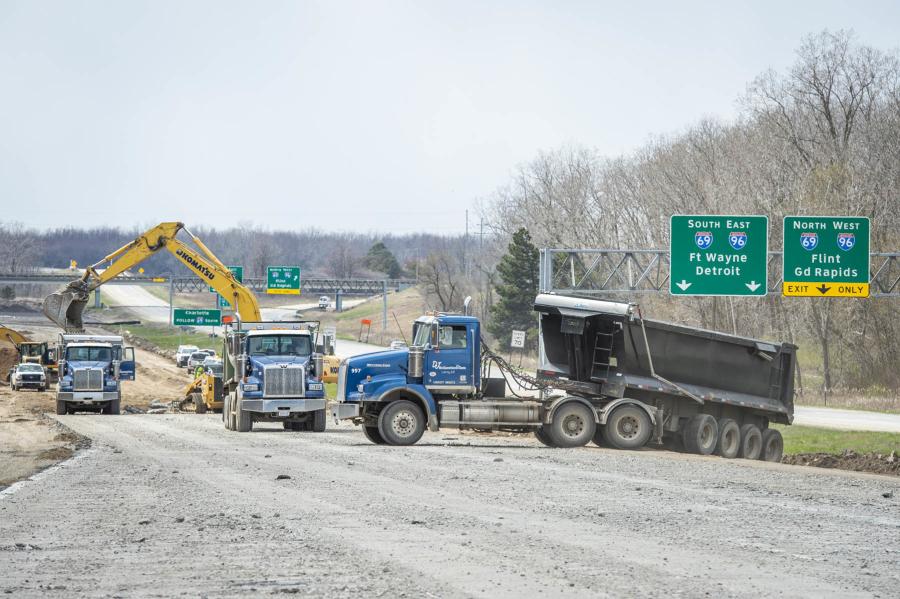 "This is due primarily to the scope and scale of the work being performed on I-496. The reconstruction of the freeway with the highest quality materials also is a challenge that the contracting team and construction oversight team are fully committed to."

The elements also have been a concern.

"Weather was a factor in determining when the design had to be completed, and also when the project was let to industry, such that work could commence at the beginning of April when the weather improved. The work must be completed by the seasonal suspension deadline in November."

The eastbound existing concrete pavement is being broken and removed. There is ongoing grading of the aggregate subbase and base material. Installation of the proposed underdrain is taking place, as well.

Numerous bridges are being rehabilitated, and the contractor is crushing the removed concrete pavement for use in the open graded drainage course to be placed under the future concrete pavement. Workers also are assembling the portable concrete batch plant that will be used to generate the concrete mixture for the proposed pavement and shoulders.

Early noted that the initial phase of construction is progressing at a steady rate.

"The sand subbase and open graded drainage courses are being placed. The concrete pavement has been under way on the eastbound side. Westbound is expected to be completed by November. 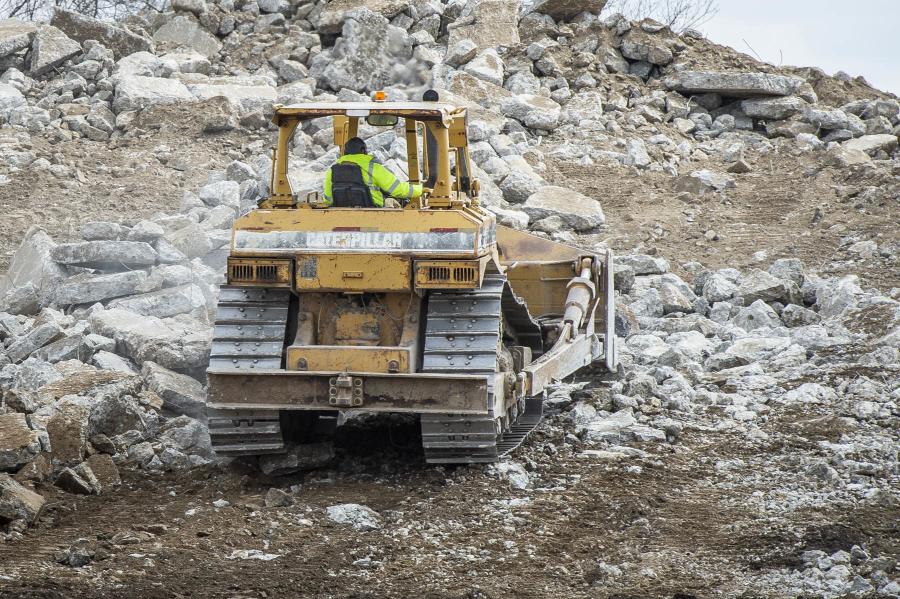 The project site consisted of 5.55 mi. of heavily-distressed existing concrete pavement. There also were a number of bridges along the I-496 corridor that were in need of rehabilitation.

As far as reconstructing the freeway and ramps, the Creyts, Waverly and ramps to and from I-96 will be reconstructed with each bound of I-496, as the bounds are closed. The acceleration lanes will be extended to improve the merge areas and overall safety for the public. The operational improvements also will enhance function.

The acceleration ramps will be removed and extended for improved operation and enhanced safety. The northbound ramp to westbound I-496 also will be eliminated to delete a loop ramp with a short entrance ramp that would require extensive bridge work to address otherwise. A signal will be added and the ramp to westbound I-496 from northbound and southbound Waverly Road will be combined.

"There is a wide variety of heavy machinery, much of it Caterpillar, on site," said Early. "Crews are using numerous excavators, backhoes and bulldozers — mainly D3s and D6s — earth movers, graders and off-road dump trucks. There also are many gravel trains on site. Additionally, there is specialty equipment, including the concrete crusher and the portable concrete batch plant." 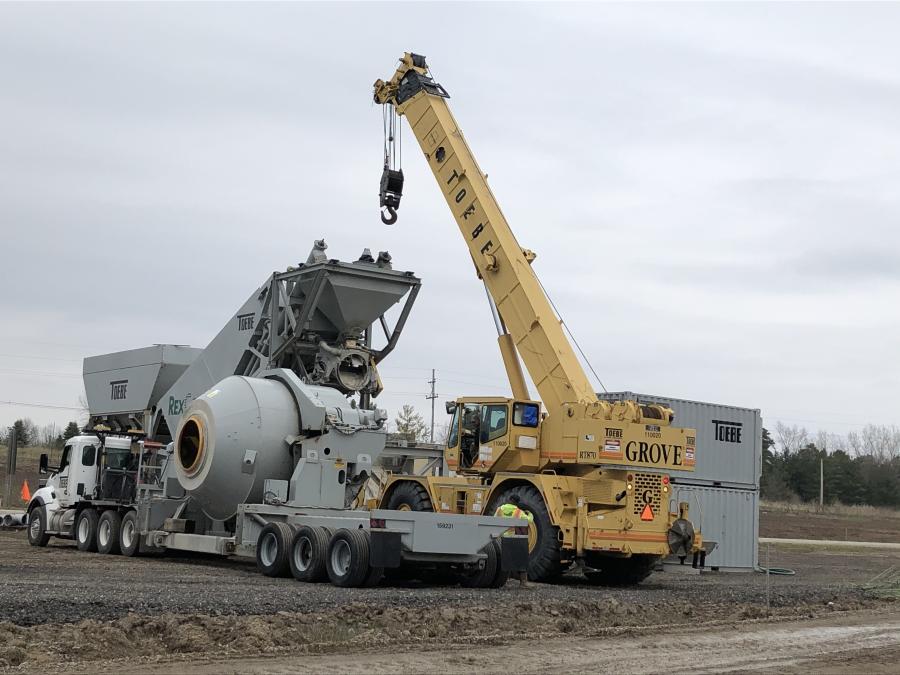 The most critical materials being incorporated into the project are concrete pavement, open-graded drainage course crushed concrete and sand subbase. The plan quantity for earth excavation is 409,692 cu. yards of granular material.

Said Early, "The investment being made by MDOT in the infrastructure of this portion of I-496 will provide a great benefit to the public for decades to come.

"All of this is extremely rewarding, and will be a tremendous benefit for the motoring public and the project stakeholders." CEG