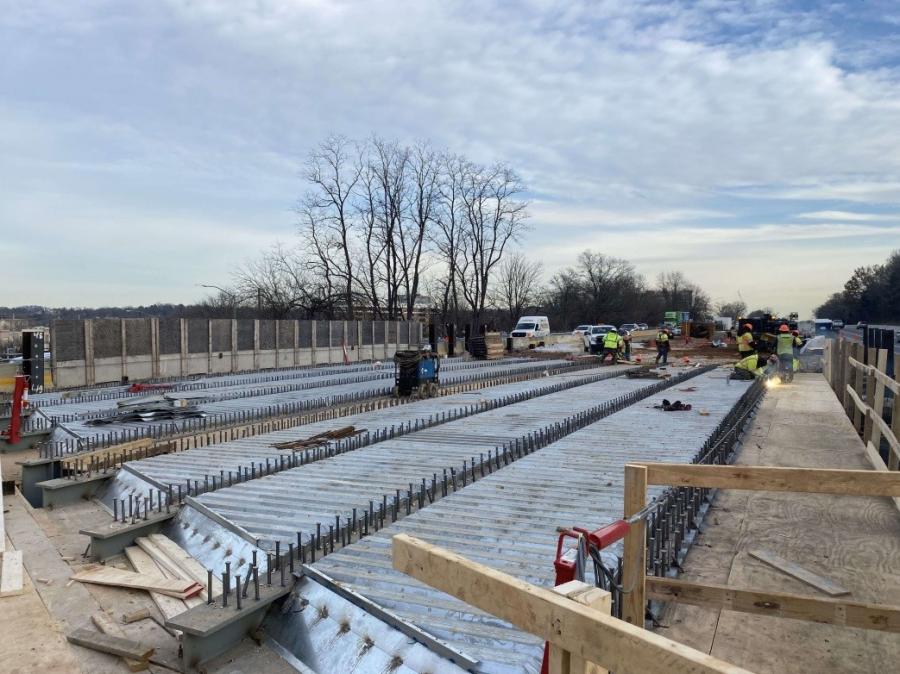 In Timonium, Md., which is located in Baltimore County, the Maryland Department of Transportation's State Highway Administration (MDOT SHA) is heading up a project to replace the 70-year-old Interstate 83 (Harrisburg Expressway) dual bridges over Padonia Road. Safety improvements also will be added to the interchange.

The $22 million construction project began in the summer of 2018. It is scheduled for completion in the fall of 2021. 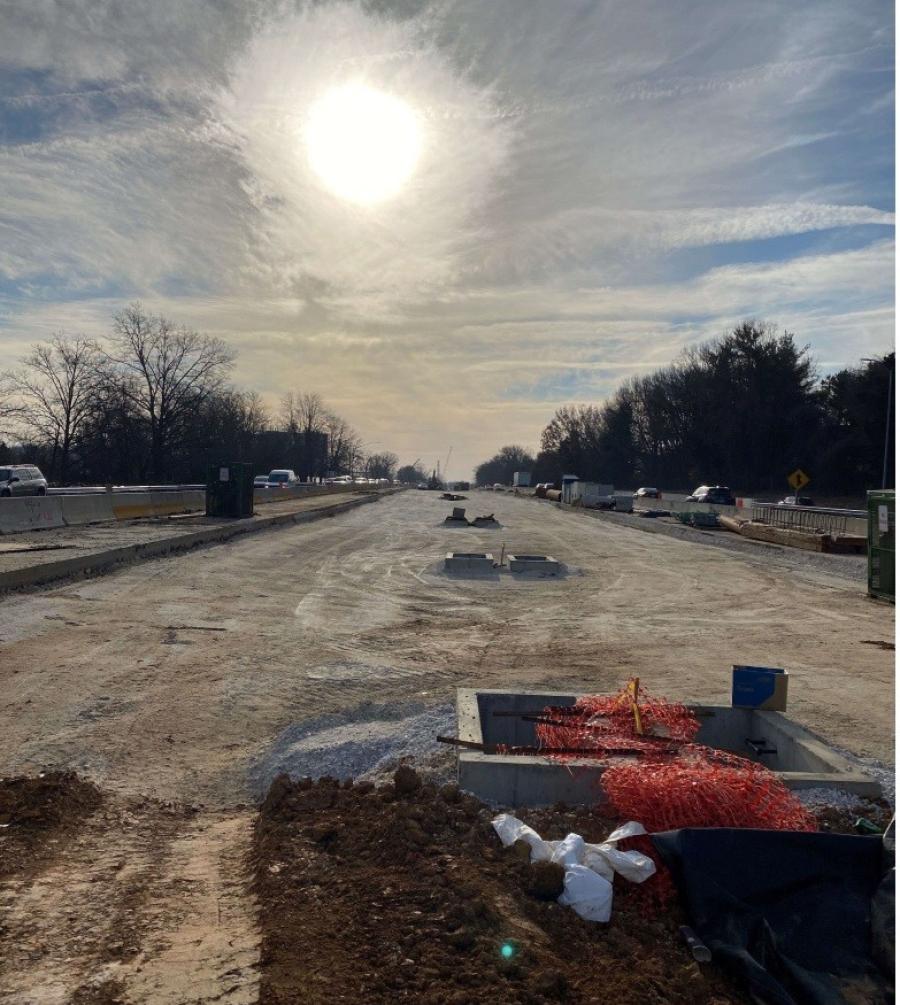 MDOT SHA is replacing the bridges as part of its ongoing structure preservation program.

According to Shanteé Felix, assistant media relations manager, Office of Communications, MDOT SHA, the project includes the total replacement of both the north and south bridges; the widening of Padonia Road under the bridges to create a new dedicated left turn lane on eastbound Padonia Road for the ramp from eastbound Padonia Road to northbound I-83 towards Hunt Valley, and to create new shoulders on both sides of Padonia Road; as well as the widening of the end of the ramp from southbound I-83 to Padonia Road to improve interchange traffic operations and reduce backups on the ramp. A box culvert carrying a branch of Beaver Run underneath the interchange also will be widened.

"This project involves the total replacement of the I-83 north and south at the I-83/Padonia Road interchange," Felix said. "The bridges date to the 1950s, and while they are safe to drive on, they have reached the end of their service life."

She stated that currently this project is in phase one of construction, with the southbound and northbound lanes on I-83 shifted towards the outside of the roadway bed. The inside and outside shoulders are closed, with concrete barriers protecting the bridge work zone in the middle of I-83. This phase is scheduled for completion in the spring of 2020.

Phase two is scheduled to begin this spring.

"During this phase, southbound and northbound lanes on I-83 will be in a split traffic pattern," Felix said. "There will be two lanes to the left and one lane to the right, with concrete barriers creating a new bridge work zone in between the lanes." 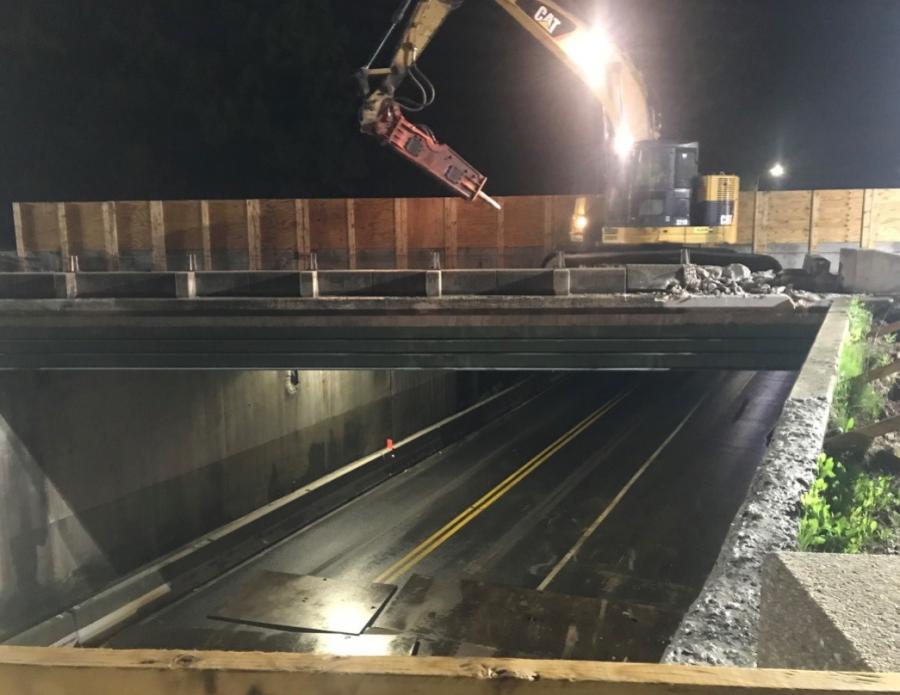 All lanes will be through lanes, but drivers wishing to exit I-83 at Padonia Road must stay in the right lane. This split traffic pattern will be in effect through late fall 2020.

During construction, the left turn ramp from eastbound Padonia Road to I-83 North will be closed 24 hours a day, seven days a week until the project is completed in 2021.

"Some challenges we have faced with this project include dealing with the traffic volumes on both I-83 and Padonia Road," Felix said. "More than 100,000 vehicles travel I-83 each year and due to these heavy traffic volumes, we cannot allow daytime closures on this segment. I-83 is a key interstate commuter and commercial truck route that links Harrisburg, York and other southern Pennsylvania regions to metropolitan Baltimore, the Helen Delich Bentley Port of Maryland and BWI Thurgood Marshall Airport.

"Traffic flow is very directional, in that I-83 southbound traffic is heavy in the morning and I-83 northbound traffic is heavier in the afternoon and evening hours. Additionally, Padonia Road is a busy county connector road between north-south routes such as MD 25 [Falls Rd.], I-83 and MD 45 [York Road] linking residential, industrial and commercial corridors." 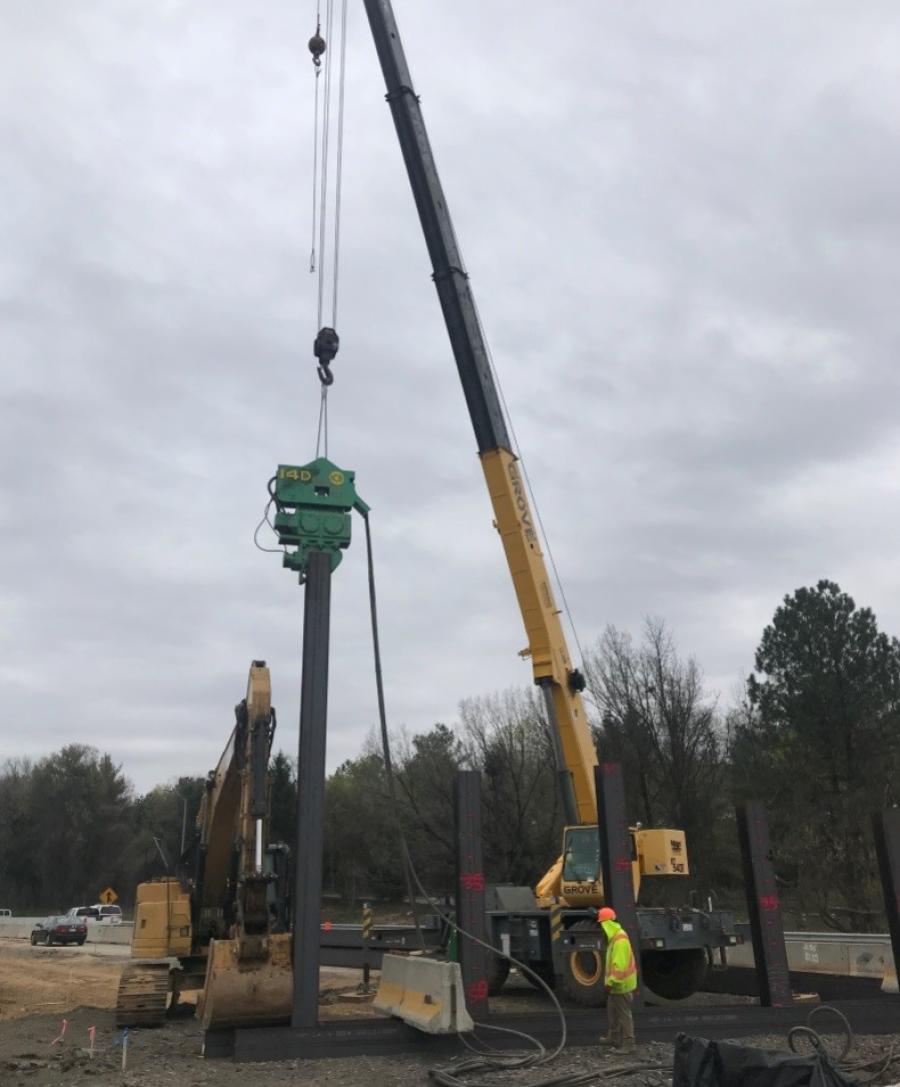 There will be occasional overnight closures of Padonia Road under the bridge during partial demolition of the old bridges and steel beam placement for the new bridges. Portable digital message signs on Padonia Road will alert travelers to upcoming road closures.

As of June 2019, the speed limit on I-83 in the vicinity of the Padonia Road interchange work zone was reduced from 60 mph to 55 mph.

According to Felix, approximately 38 people are working this project on a daily basis.