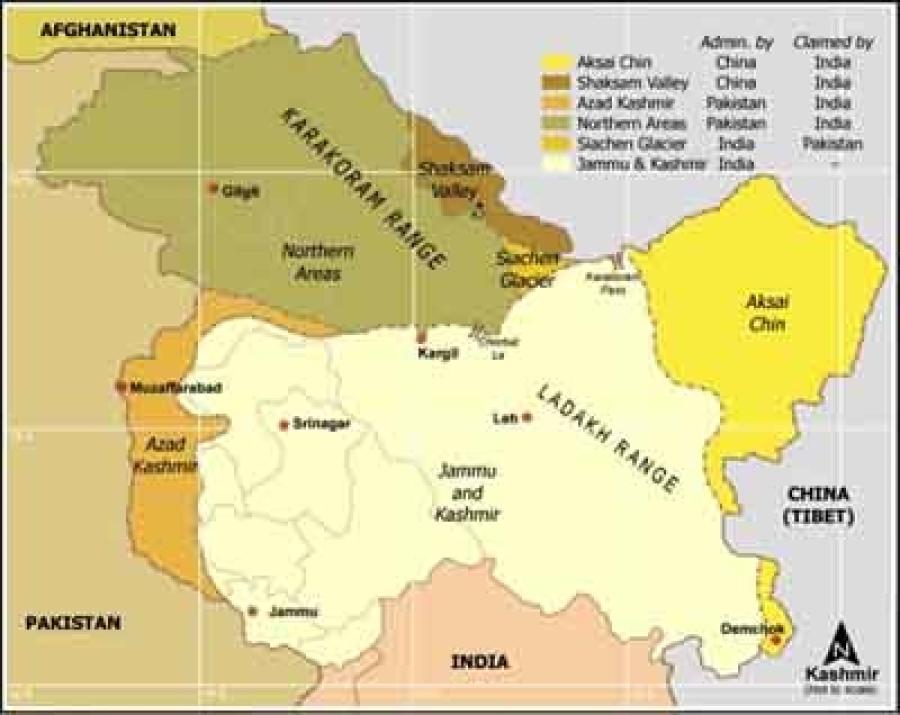 Map of Jammu and Kashmir. http://url.ie/11nhy

Several unidentified militants attacked a camp housing road construction workers in the Indian state of Jammu and Kashmir on Monday, killing three laborers before fleeing, said police in the restive region near the border with Pakistan.

Two or three gunmen launched the raid on the General Reserve Engineer Force camp in Jourian, close to India's disputed border with Pakistan, after midnight, a police official from Jourian told Reuters by telephone.

The army had since cordoned off the camp and launched a search for the gunmen, said the official, who asked not to be identified because he was not authorized to speak to the media.

The Himalayan region of Kashmir has been divided between India and Pakistan since 1947 and lies at the heart of tensions between the nuclear-armed neighbors, both of which claim Kashmir in its entirety.

India has been fighting a simmering insurgency against its rule there since the late 1980s, and accuses Pakistan of supporting militants.

Pakistan denies this and says it only provides moral support to a Muslim-majority Kashmiri population angry with Indian rule.

Violence has risen since an attack on an Indian army base in September killed 19 soldiers. India said it had responded by sending troops across the heavily militaries border to hit militant camps.

According to the South Asia Terrorism Portal, which tracks violence, 267 people were killed in Jammu and Kashmir state last year, the highest death toll since 2010.

For the original story on Reuters, visit http://url.ie/11nht.