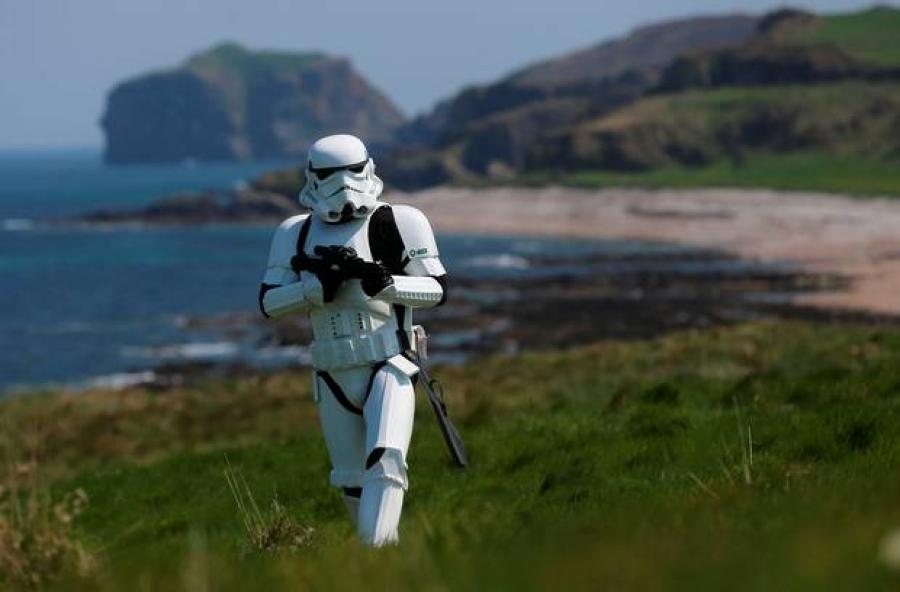 It's not every day you get to see the former temporary home of Star Wars' Millennium Falcon. So when the cast and crew arrived at Malin Head and the iconic spaceship - it propelled the historic area in to the limelight.

But now residents have objected to plans to build toilets and extra parking there to accommodate tourists arriving daily at the site.

Malin Head in County Donegal is Ireland's most northerly point and a popular tourist destination in its own right. However last May when the cast of Star Wars came from a galaxy not that far away to film there, it created a surge in attention.

As swarms of tourists arrived in a bid to catch a glimpse of the stars - the area has been hive of activity ever since. Now the County council wants to provide toilets and extra car parking spaces to accommodate the visitors around 130m from the historic signal tower. It currently has portaloos and a small parking bay. Local residents have expressed their concerns with photographer Rónán McLaughlin saying there had been "virtually no public consultation between tourist providers and the local community".

He told the BBC: "I'm from Malin head and I'm 800m from where they propose to build these toilets. If we provide toilets its only going to exacerbate a problem. If we can get a situation where facilities are away from the tower it will ease that pressure. We can have tour guides, shuttle buses etc.. all things that can feed the local economy without damaging the landscape."

He added: "Now we can have traffic jams on a road that was built for a horse and cart and isn't much wider than it was at the turn of the 19th century."

Despite the objections - Fianna Fáil councillor Martin McDermott said the area attracts hundreds of thousands of visitors and needs the facilities. He said: "This is a fight I've been fighting for three or four years. We attract around 150,000 visitors a year and we have nothing there. Busloads of 60 people at a time can turn up with older folk and children, and we have no proper toilets? We deserve this investment and I wont be stopping in the push to make Malin Head equal to similar tourist areas in Kerry and Cork."

A spokeswoman said: "Fáilte Ireland have recently allocated funding towards the development of an amenity building and improved car parking facilities at Malin Head which will be complete before the start of the 2017 tourism Season.

"In addition to this, Fáilte Ireland will be working closely with Donegal County Council to devise a long-term strategic plan for maximising the tourism potential of Malin Head in 2017 which will ensure greater visitor management and deliver sustainable growth for the area for the future. Together with the Council, Fáilte Ireland will tender to begin this project in the coming weeks and it is envisaged that the project will involve wide stakeholder consultation."