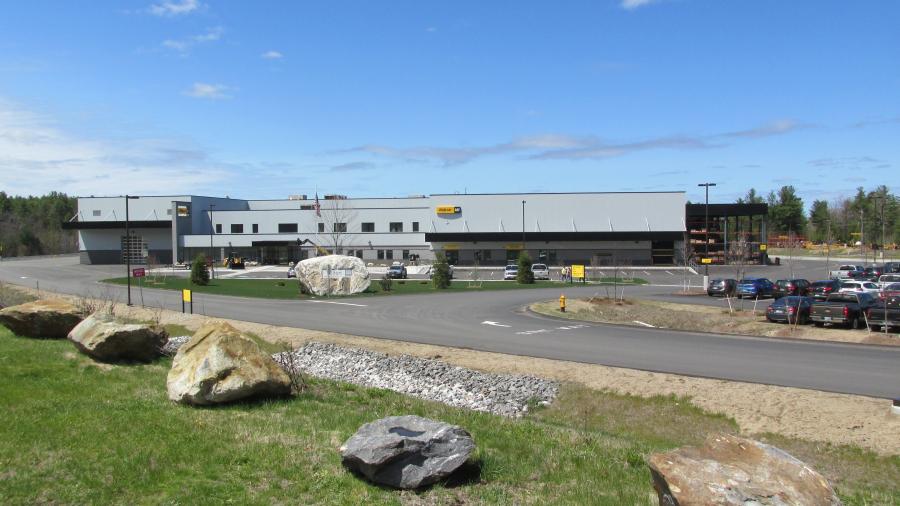 Milton CAT, the Northeast and upstate New York Caterpillar dealer, consolidated its Warner and Hopkinton, N.H., locations in a new facility, and opened it to the industry for two full days of guided tours, hands-on equipment demos, technology presentations and special sales.

“Every feature at the Londonderry site was designed to make it safe, easy, efficient and pleasant for our customers to do business with us — and for our staff to do their job — so this was a good test,” Swartz said. “This new location carries a lot of meaning for us, since it was in Southern New Hampshire where Jack Milton and his partner founded the dealership in a dirt floor garage 55 years ago.”

Guided tours took small groups of visitors around the facility, stopping at different locations or “stations” inside the building, including service shops; parts counter, warehouse and pickup areas; undercarriage, weld, knockdown and wash bays; tool room and component rebuild and repair shop. Marketing Events Manager Adrienne Currin explained that visitors were asked to have the name of each station punched on their visitor badge, and when they were ready to leave, were given a Milton CAT hat in return for their card. The entrance lobby, with its displays of CAT merchandise including shirts, bags and toys, also was a popular stop in the tour, and record sales were reported those two days.

Staff members led the tours, which began at the 40-person training room where visitors had a chance to see a Londonderry site map, listened to a short safety presentation and were given headsets. As Currin explained, the starting point was not a coincidence but a reminder of the importance that Milton CAT places on training.

“Since January of 2016, 179 technicians have been trained here; that's 4,700 hours of training, with 6,500 more projected by year's end,” Currin said, emphasizing that three full time professionals are employed by Milton CAT just for that function.

Parts Manager Matt Winslow gave a rundown of the key facts about Londonderry.

Winslow emphasized that unlike the previous two location arrangement, the Londonderry facility houses both the earthmoving and the power system divisions of Milton CAT in one location, which results in more efficiency and better service.

And speaking of efficiency, Winslow pointed at the parts operation as one of the Milton CAT differentiators.

“We offer our customers 95 percent off-the-shelf fulfill rate and 98 percent availability next day by 7:00 a.m.,” and explained that the Milton CAT goal of providing the right part, the first time, is supported by a parts warehouse management system that results in 99.7 percent accuracy. Other features mentioned by Winslow are the separate shop areas for compact and larger equipment, each with its dedicated staff, supervisors and managers.

Milton CAT is a privately-owned company with headquarters in Milford, Mass., and locations across the Northeast, including upstate New York, Maine, Vermont, New Hampshire, Rhode Island and Massachusetts. The company sells and supports Caterpillar and other complementary earthmoving and power systems equipment and accessories and provides customized engineering services to companies in a wide range of crucial applications.