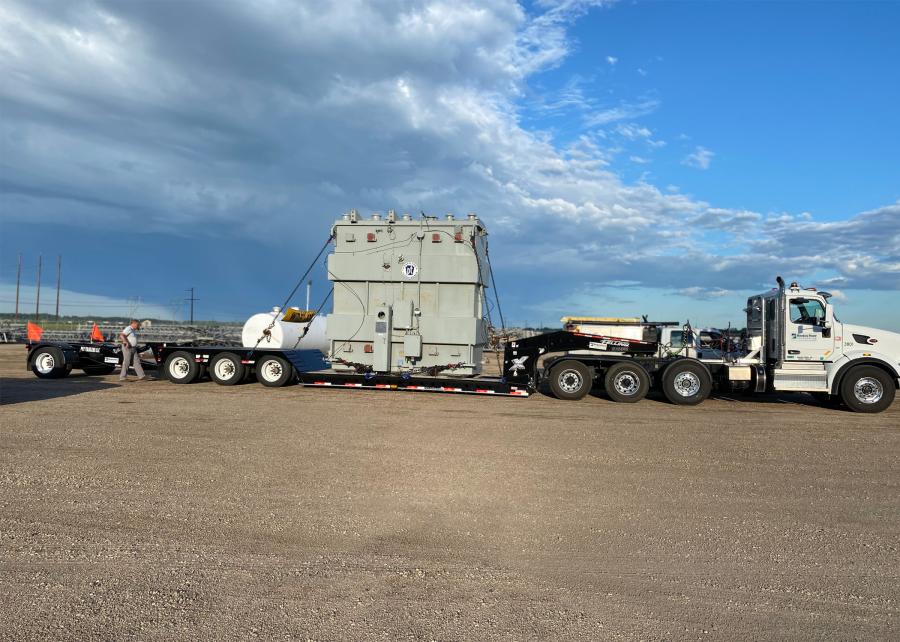 The co-op needed to replace an antiquated mechanical detachable gooseneck semi-trailer for its fleet, and Fleet Supervisor Keith Millette looked to Felling Trailers to fill this need.

The detachable gooseneck would be primarily utilized for hauling transformers weighing 85 to 100k, but also would be a multipurpose unit, transporting payloaders and forklifts as needed.

Millette worked with Felling Trailers' sale representative Laurie Engle to configure the trailer build. The result was an XF-110-3 HDG-L (low) 55-ton hydraulic detach built to their spec, equipped with booster/stinger to compensate for the needed load transfer when hauling transformers.

"The features most important to us were the hydraulic detachable gooseneck [vs. the mechanical], the low deck design [19.5 in. loaded, 6 in. ground clearance], and the ability to build the trailer to our specifications," said Millette.

The XF-110-3 HDG-L has a full-load capacity in 12 ft. with a 13 ft. hydraulic detachable gooseneck, 108 in. swing clearance with a two-position kingpin at 96 in. and 108 in. Main deck length of 18 ft. (full 2 in. white oak on outer bays and center of the deck) with a 45-degree approx. full height trunnion approach with ¼ in. tread plate cover over the center of the trunnion and approach paired with a one-piece full-length wheel covers, and 20K load bearing.

Additional features were incorporated for operator safety and ease of use, such as strobe light/flasher kit safety lighting and a self-contained 11-13 hp hydraulic system with an electric start.

Minnkota Power Cooperative's fleet consists of 106 trailers, with approximately 60 of them Felling Trailers and 160 units.

"We have been a Felling customer for 20 years. We choose Felling Trailers because they are well built and hold up to the rugged use needed for our company's line of work. When we do our annual trailer inspections year after year, Felling requires the least amount of repairs compared to other trailer manufacturers we use," said Millette.