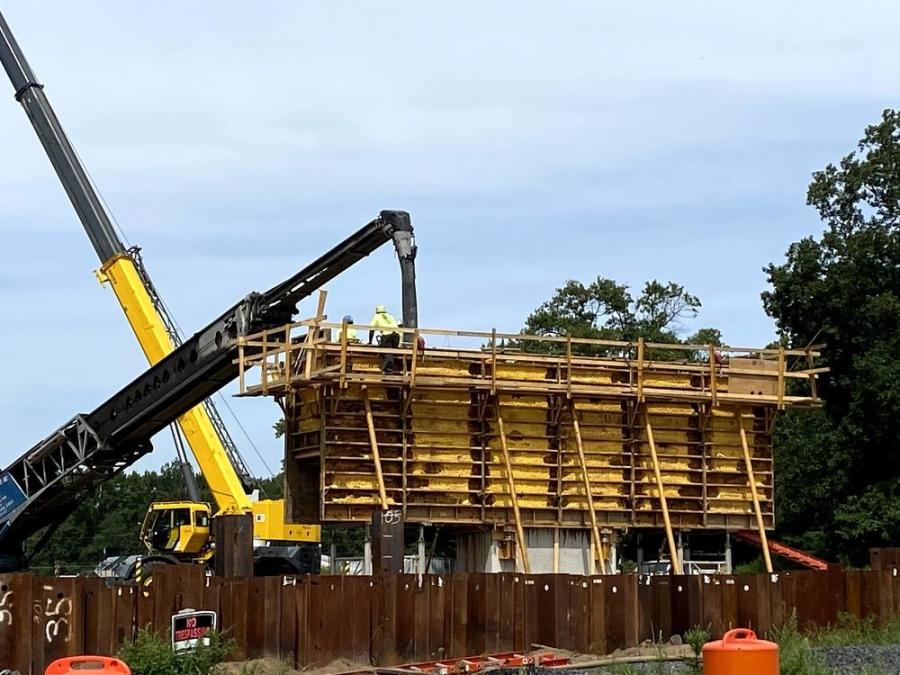 Construction of the New Jersey Department of Transportation's (NJDOT) $180 million, I-295/Route 42 Missing Moves project began on March 20 when crews from South State Inc. arrived on the work site between I-295 and Route 42 in the Borough of Bellmawr in Camden County.

The federally-funded project calls for building new ramps connecting Route 42 northbound to I-295 southbound, and I-295 northbound to Route 42 southbound in order to allow for the direct movement of traffic between the two roadways — commonly known as the "missing moves," demolishing and reconstructing the Creek Road Bridge over I-295 between Route 42 and Almonesson Road, and engaging in grading and paving operations. 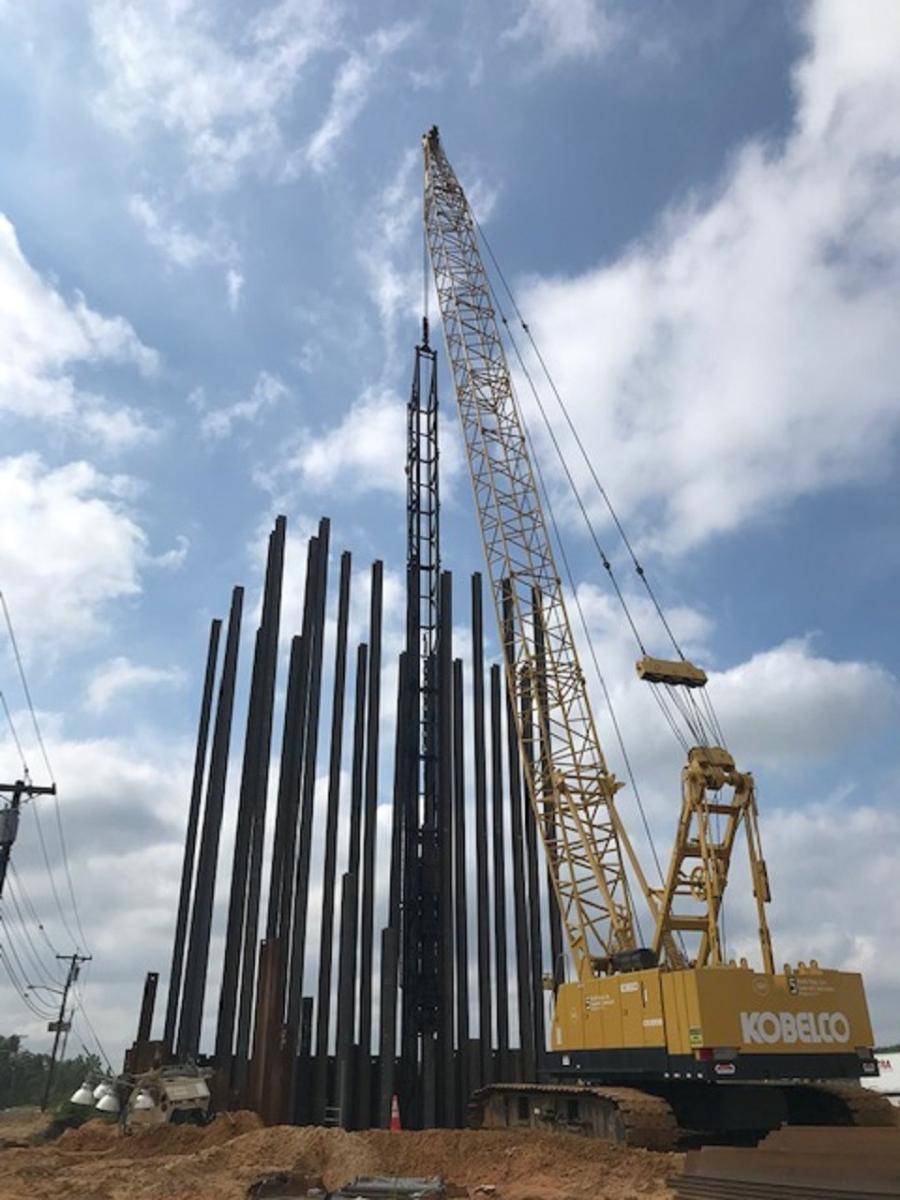 "The project will construct four new bridges, as well reconstruct the existing bridge carrying Creek Road over I-295," said Brian Ahrens, an NJDOT public information officer. "It will also widen and rehabilitate the existing twin bridges carrying I-295 northbound and southbound over Big Timber Creek, and resurface the Route 42 northbound bridges over Big Timber Creek and the New Jersey Turnpike. In addition, 15 retaining walls and 12 sign support structures will be constructed."

The majority of the project is being built off of the roadways and will have minimal impact on traffic on Route 42 and I-295," he added, noting that the project is expected to be completed in May 2024.

The existing Creek Road Bridge is a two-span structure that is approximately 175-ft. long, 36-ft. wide curb-to-curb and accommodates two travel lanes — one in each direction.

The new bridge, approximately 255-ft. long, will be slightly wider at 40-ft. wide curb-to-curb, maintaining two lanes, one in each direction of travel, but increases the shoulders on the bridge to 8-ft. wide.

The new Creek Road Bridge was designed by Malick & Scherer, P. C. as a sub-consultant to the NJDOT's prime consultant, Dewberry Engineers Inc.

"Conventional construction materials are being utilized for the project," said Ahrens. "NJDOT bridges have an anticipated lifespan of 75 years."

The traffic management plan is based on lane closures on I-295 and Route 42 — primarily at night.

So far South State has initiated work on several ramps, bridge demolition, pile driving, construction of walls, installing various concrete structures, and the placement of steel beams. The remainder of this year's construction season and the 2021 winter/spring benchmarks will focus on what has already been started and steps towards bridge reconstruction and grading and paving operations. 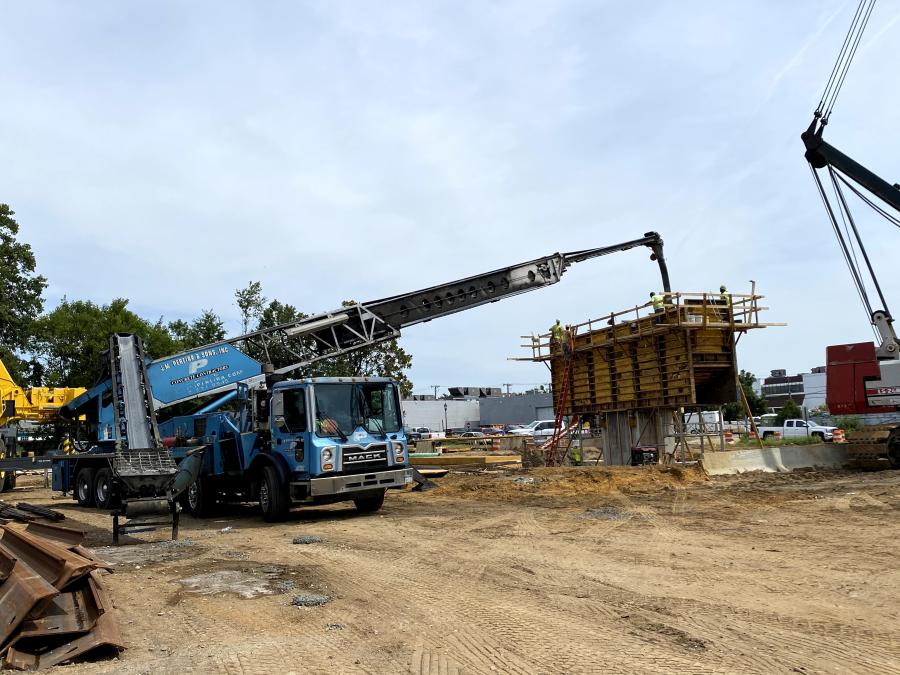 Construction of the new Creek Road Bridge began earlier this summer on the westbound side with the switching of traffic to the eastbound side. The ongoing work has included some demolition activities.

"In some cases the material was removed the same day, and in other cases it was stockpiled with materials left over from previous days for later removal," said Ahrens.

The building of the new ramps also has started via the clearing of the project site.

On this project, the use of cranes, including Kobelco models, are helping to propel the construction schedule via demolition, pile driving, and lifting and placing heavy steel beams.

Currently, there are 30 plus South State and subcontractor personnel on site. The firm has hired regional and local subcontractors to support the multi-year project.

"Concrete and asphalt removed during demolition activities can be recycled for future use," said Ahrens.

The amounts of new materials — concrete, steel, and asphalt — that will be brought in have not been finalized.

South State purchases and rents equipment from local and regional dealerships. Large reconstruction projects are the norm for NJDOT, which has made it a priority to replace aging infrastructure and this project has provided an opportunity to help train employees. CEG