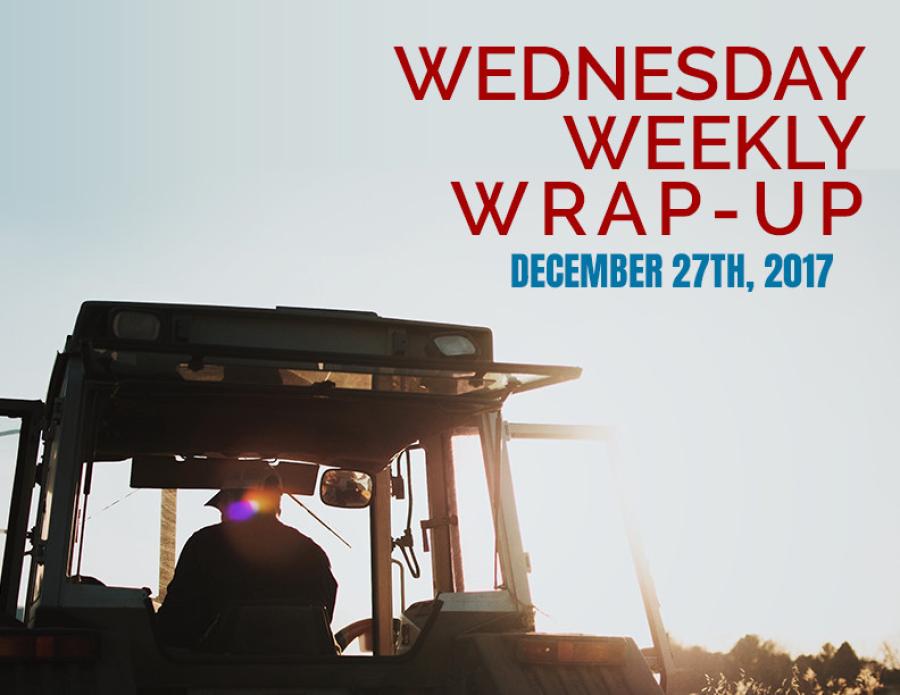 Congress passed the Tax Cuts and Jobs Act code, which now awaits President Trump's Signature. The House of Representatives passed the bill 227 to 203 and the senate passed it by a vote of 51 to 48. The bill lowers the corporate income tax rate to 21 percent, repeals the corporate alternative minimum tax and it allows for the immediate write-off of capital purchases through 2022. The individual provisions that were made will expire by 2025, but most of the corporate changed will be permanent.

Union leaders that are representing the Puerto Rico power company workers slammed local and federal officials as the U.S. territory missed a deadline to restore the 95 percent of power that is still out on the island. Puerto Rico is currently only at 64 percent power generation nearly three months after Hurricane Maria hit. Nine of Puerto Rico's 78 municipalities remain entirely without power still and thousands of businesses have been closed. This has caused more than 130,000 Puerto Ricans to flee the island.

Burned concrete that has been salvaged from the recent fires in Sonoma County, California wildfires is being repurposed to create new roads. Dump trucks are responsible for delivering the damaged concrete to Stony Point Rock Quarry, where it will then be crushed and recycled. The United States Army Corps of Engineers believes there will be about one million tons of waste removed from these sites such as concrete, metal, and wood.

Crews To Finish Cleanup Of Irma Debris In Central Florida

December 11 marked three months since Hurricane Irma blew into Central Florida on September 11 with winds that toppled trees and shook loose several million yards of branches. Orlando is hoping that it is reimbursed for the pick up and disposal expenses by the Federal Emergency Management Agency (FEMA), which announced in September that will pay 90 percent of the eligible expenses. Most of the county governments in Central Florida are worried that it could take FEMA years to repay them.

The Occupational Safety and Health Administration (OSHA) and the National Association of Women in Construction (NAWIC) have renewed their alliance to continue promoting safe and healthful working conditions for female construction workers. The five year alliance with the two companies will focus on hazard of concern to women in construction, including personal protective equipment, sanitation, and workplace violence. The NAWIC was formed in 1955 and provides educational and professional development opportunities to more than 4,000 women that are working in construction.