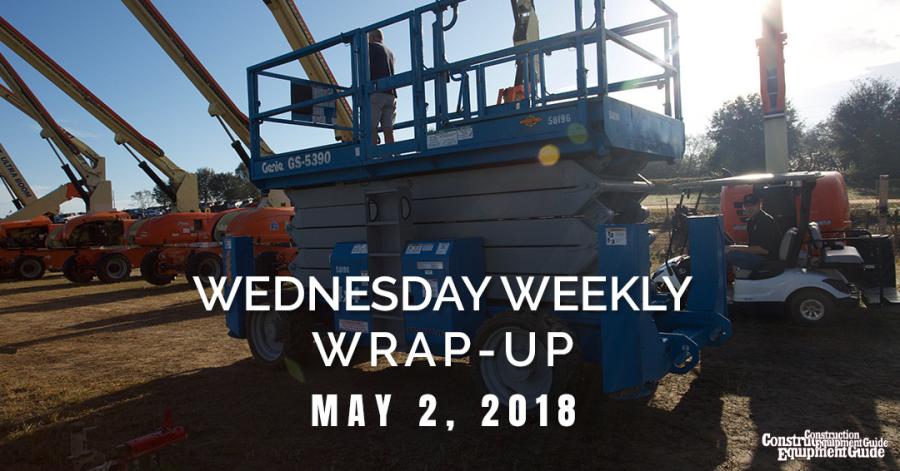 Work To Begin On 57-Story Skyscraper After Years Of Waiting
After over 7 years of struggling, construction of a 57-story skyscraper in Mexico City has finally been given the go ahead for construction. Abilia, a Mexican company which is owned by billionaire Maria Asuncion Aramburuzabala, stated that the space would be built for luxury offices, stores, and services. The project is being designed by Foster + Partners, a British architectural firm. 270,000 square feet of the building will be reserved for corporate space and 19,700 square feet will be used for commercial space. Abilia has not yet announced a start or completion date for the construction project.

Plan Under Way To Replace Massachusetts Bridge That's Been Shut Down Since 1985
A western Massachusetts bridge that has not been used for over 30 years could be replaced within the next five years. A design team presented three possible design options for a replacement of the Northfield's Schell Memorial Bridge, which was closed in 1985 due to advanced deterioration. Construction could potentially begin in 2021 and be completed by 2023. $19 million in federal funding has already been secured for the project.

348 H5 Lifts Between The Hedges At University of Georgia
Precision Stone Setting Co. purchased a lattice crawler crane in part for stadium renovations at the University of Georgia's Sanford Stadium in Athens, Georgia. The west end of the stadium will be renovated and be equipped with a new team locker room, recruiting hospitality lounge, scoreboard, and stadium seating. Sanford Stadium was originally built in 1929 and once the renovation is completed, it will become the tenth largest stadium of any kind (by capacity) in the United States.

WWII Bomb Defused After Construction Workers Report Find
Berlin police evacuated thousands of people from a central area of the German capital April 20 and shut down the main train station as a precaution while they defused and removed an unexploded World War II bomb found during construction work. Bomb disposal experts were able to successfully remove the detonator and destroy it in a small controlled explosion. Experts say that more than 5 percent of the bombs that dropped in Berlin during the WWII failed to explode. The city estimates that at least 3,000 bombs, grenades, and other munitions are still buried under the city.

Fire Breaks Out At Building Site Of New Egyptian Museum
On April 29, a fire broke out at the New Egyptian Museum, the future site of some of the country's most unique and precious artifacts. Thankfully, there were no casualties or damage to any of the artifacts in the museum. Egypt hopes the inauguration of the new museum will help increase tourism into the city that has been reeling from political turmoil since 2011.