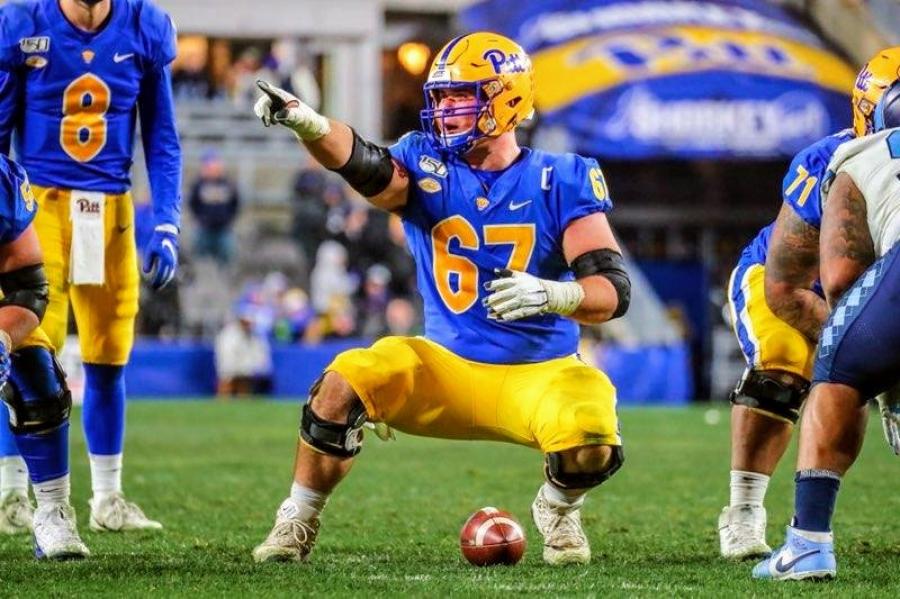 The construction industry is filled with multi-generational family businesses. James D. Morrissey Inc., based in Philadelphia, Pa., is among one of the most respected as well as one of the most successful.

Founded in the mid-1920s by James D. Morrissey Sr., the company, along with Eureka Stone Quarry Inc. and JDM Materials Co. has remained family owned for almost a century.

For the past 40 years, the companies have been owned and operated by James D. Morrissey Jr.

While it is the hope of many family owned businesses to have children join the firm, the Morrissey Companies will hopefully have to wait for one of its younger family members to join while he pursues another dream — playing in the National Football League. 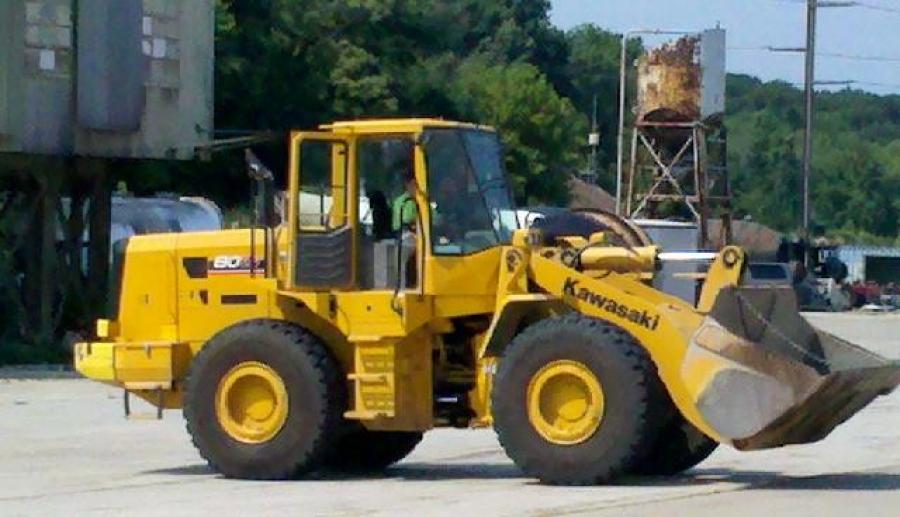 Jimmy operates a wheel loader at the age of 13 around the yard.

Jimmy Morrissey, grandson to Jim Morrissey Jr., just concluded his collegiate football career, playing center for the University of Pittsburgh Panthers. Jimmy's college football career began as a walk-on and ended with him being named the 2021 Burlsworth Trophy Award winner. The Burlsworth trophy, named after Brandon Burlsworth, is given each year to "College Football's most outstanding player who began his career as a walk-on."

The Burlsworth Foundation made the announcement on Jan. 4, 2021. Jimmy is joining a list of past winners that include current NFL players Hunter Renfrow and Baker Mayfield.

When Jimmy watched the movie, "Greater," the story of how Arkansas walk-on Brandon Burlsworth became an All-America, he noticed something that might have been easy to miss, but really mattered — how the Razorbacks offensive lineman always walked on the sidewalk and never cut across the grass as many students did.

"I thought that was a metaphor for never cut any corners," Jimmy said.

This remark helps describe how Jimmy Morrissey developed from an unwanted (by everyone but Pitt OL Coach John Peterson) walk-on in 2016 to a four year starter at Center, two time team captain, as voted by his teammates, three-time All-Atlantic Coast Conference (ACC) center and three year ALL-ACC Academic Team honoree.

After receiving no FBS (Football Bowl Subdivision) scholarship offers, Jimmy and his parents, Jim & Siobhan, along with help from the company's concrete dispatch department, assembled a spread sheet with the names of coaches and recruiting coordinators at all 128 Football Bowl Series schools and emailed them all. Two schools responded back to the email blast. Miami was one of the schools but after a few texts back and forth with an assistant recruiting coach, there was no scholarship offer.

Morrissey arrived at the University of Pittsburgh in the early summer of 2016 without a scholarship. Discovered by former Panthers line coach John Peterson at a camp in the summer of 2015, he was offered the opportunity to walk-on for the Panthers. He passed up the opportunity of an Ivy League education at Dartmouth and Penn, as well as half-scholarships to Lehigh, Colgate and Bucknell because he wanted to play major college football.

"I don't think a lot of parents would encourage their kid to turn down an Ivy League education." Jimmy Morrissey said "To walk on and try to earn their way to play football at Pitt but I had already given my word to Coach Peterson to walk-on at Pitt. I was committed.

"After my final meeting with Head Coach Pat Narduzzi in January of 2016, I knew that I made the right choice. Coach Narduzzi gave me his word that I would be given an honest opportunity to compete. He has always been honest with me. If you walk into Pitt's locker room today, you won't be able to tell who the walk-ons are. That's a huge testament to Coach ‘Duzz' and how he runs his program. There are no politics. The best players play," Jimmy stated. 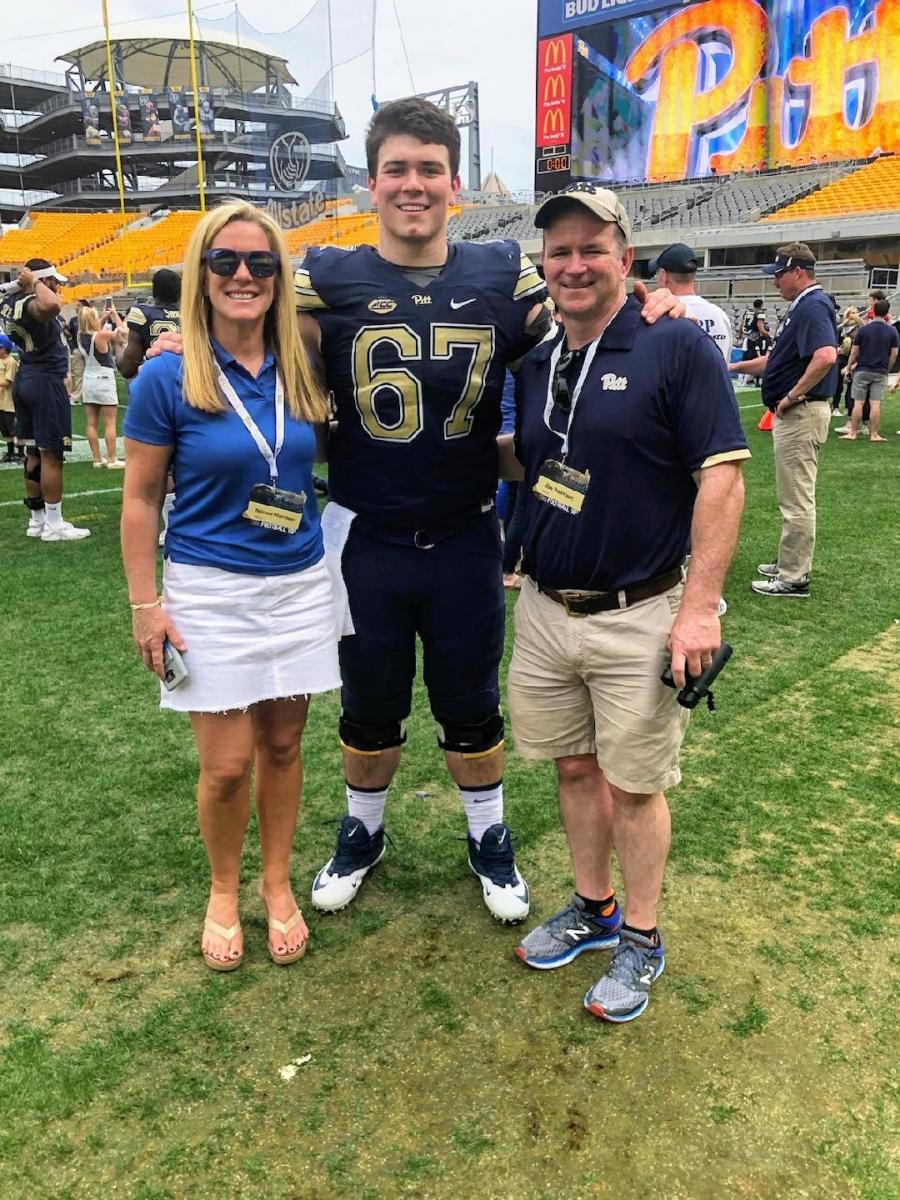 As it turned out, the Morrissey family wrote tuition checks for only one year. After being redshirted in 2016, he won the starting center job the next summer, was awarded the scholarship that he earned and ended up starting all 47 games he played over the next four seasons.

"For us as parents, it validated what we thought all along." said Jim Morrissey III (vice president of JDM Materials Co.) and Jimmy's dad, when interviewed for the Burlsworth Trophy Presentation.

"He's a guy who was in [the locker room] first and out last," Pitt quarterback Kenny Pickett said during his interview for Jimmy's Burlsworth Trophy Award.

"What makes Jimmy such a great football player and a leader is his ability to gather people together and everyone will want to play for him," Head Coach Pat Narduzzi said. "He's tough, athletic, smart."

Currently, Jimmy is in Pensacola, Fla., training for the 2021 NFL Combine and preparing for his shot at an NFL career. He's considered one of the top centers available in this spring's draft.

While preparing for the next level, he has not forgotten the inspiration he has received from others. He said the people who said he was not good enough are not the ones he is trying to impress.

If he so chooses, when his playing days are over, Jimmy will have the option of joining the family's construction and material supply businesses. In fact, Jimmy spent several summers working for the companies; he has some experience starting at a very early age, while he was still in elementary school.

"He started working for the companies, I think, when he was 13 or right before he turned 14," said Jim Morrissey III. "He started pulling weeds and cleaning up, sweeping, pushing a broom. He did it only during the summer. From there, he worked in the shops with our truck mechanics. When Jimmy was old enough to drive, he worked at our Warrington Quarry with John Knecht aka ‘Big Dog,' Glenn Johnson and Jason Strickland, helping the men construct our new 1,000 ton per hour crushing and screening plant. Jimmy was fortunate to be able to spend time around men who taught him how to work hard and work smart. He still keeps in contact with several of them. My wife and I are very grateful to all of the men that worked with Jimmy throughout his summer breaks."

Despite Jimmy's potential NFL career, would his father like to see his son someday work for the family firm?

"I would like that, but the decision is his," Jim said. "Jimmy was exposed to what our family does as well as to the men, women and customers that we are fortunate enough to work with on a daily basis. My father insisted that my brother Joe, who is vice president of James D. Morrissey Inc., and I work during the summer months and during breaks and it appears to have worked out for both of us. I thought it was very important to provide Jimmy the same opportunity. 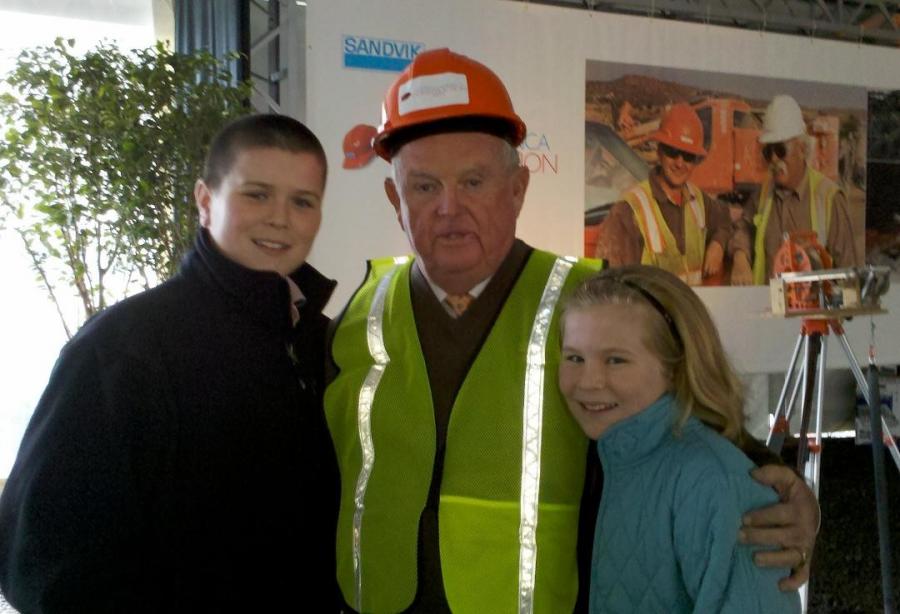 Jimmy with his "Pop Pop," Jim Morrissey Jr., and younger sister at the Sandvik Quarry Days in Spring 2010.

"I believe that one of the best experiences for Jimmy was spending every Wednesday with his "Pop Pop" the summer before his senior year in high school. Jimmy would spend the day with my dad while my father would check on the road projects as well as visit the quarries located in the Pocono Mountains. These are some of the experiences that have helped shape Jimmy and also helped create his incredible work ethic."

Jim's father, when asked if he is an Eagles fan or if there is another NFL team that he hopes Jimmy will end up being drafted by, he laughed and said, "First and foremost, I'm a Jimmy fan. Wherever he ends up, I will be that team's biggest fan!" CEG