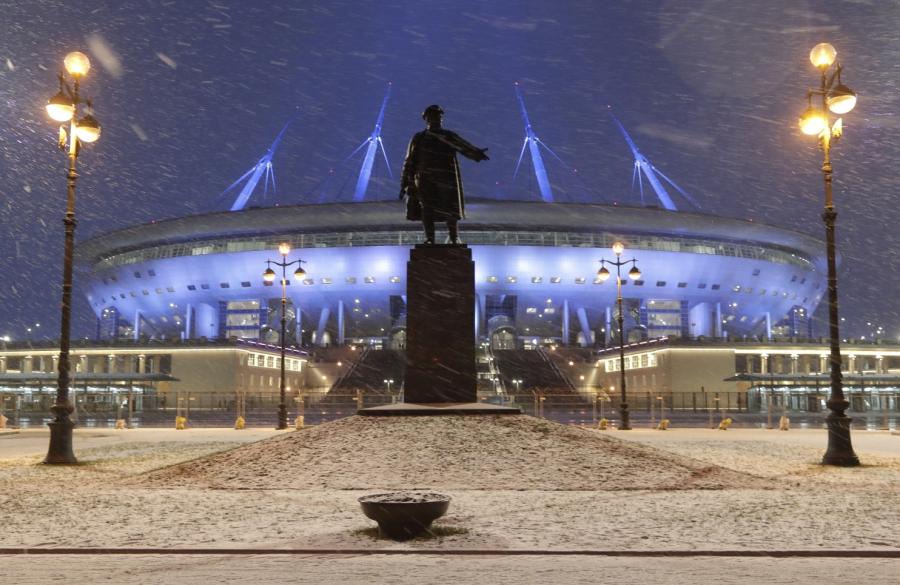 A sculpture of one of Bolshevik’s leaders Sergei Kirov stands in front of soccer stadium, which is under construction on Krestovsky Island which will host some of 2018 World Cup soccer matches, in St.Petersburg, Russia, Thursday, Dec. 29, 2016. The stadium was officially commissioned by the city authorities on Dec. 29.

A Russian stadium that is due to host a 2018 World Cup semi-final match has been officially completed after many construction delays and corruption scandals.

St. Petersburg Governor Georgy Poltavchenko told reporters at the arena on Thursday that it has been officially commissioned for use in the World Cup. His deputy, Igor Albin, noted there is still some construction work to be completed to meet FIFA requirements.

The final cost of the arena is still unclear but is set to be over $600 million, a price tag that has grown steadily in the past several years.