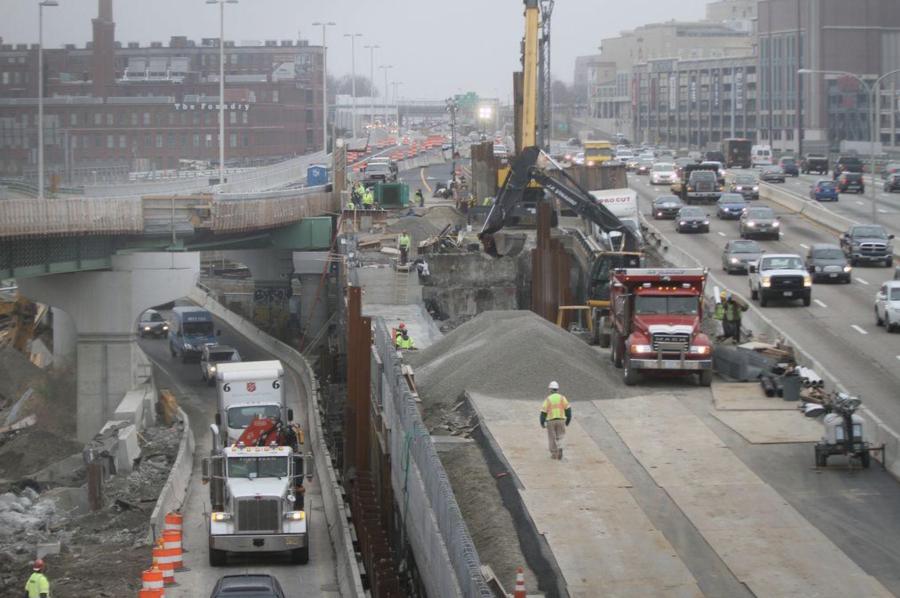 Providence Viaduct reconstruction project lies at the heart of the dispute between the Narragansett Tribe and the state of Rhode Island. Photo by Mary Murphy of the Providence Journal.

The Narragansett Tribe has asked a federal judge for an injunction blocking further construction of a $105 million Providence highway project.

The dispute stems from a damaged archaeological site buried beneath Interstate 95.

The disagreement centers on whether land set aside as compensation for damage done by the highway project to the remains of an ancient village should be subject to state law or become tribal sovereign land.

More than 100 acres in Washington County, including a site described as one of the most important Native American finds on the East Coast, were to be transferred to the Narragansetts under a 2013 mitigation deal for the viaduct project.

The Narragansetts say the state Transportation Department requested to terminate the deal.

A Transportation department spokesman said the agency had no comment.— AP