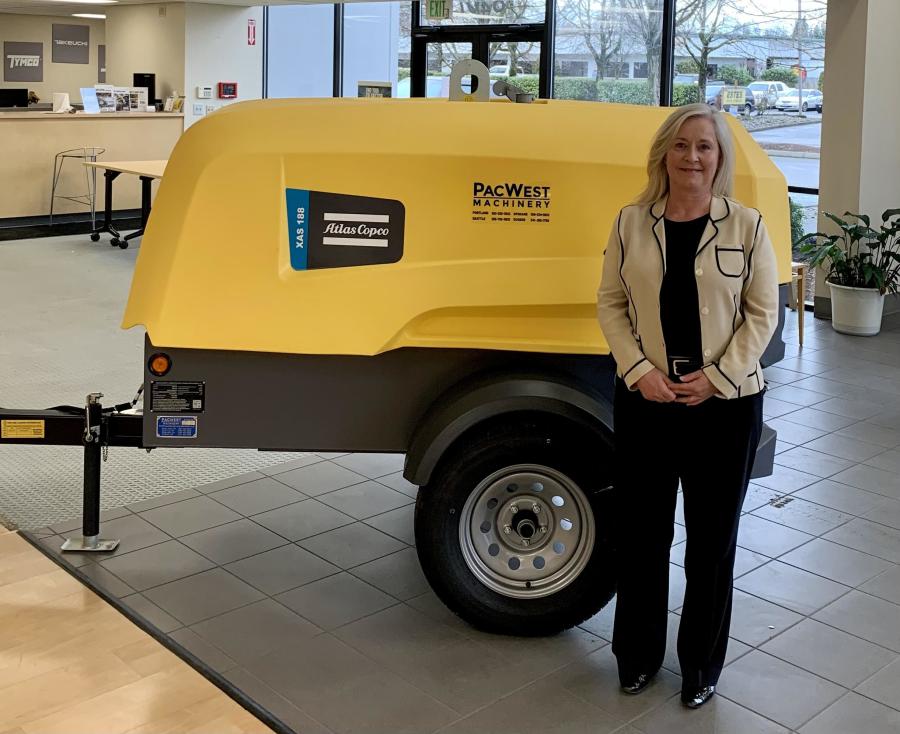 Logue discussed her journey in climbing the ladder from entry-level jobs out of college all the way up to her current role as president of PacWest Machinery of Seattle, Wash., an Atlas Copco Power Technique distributor. She also discussed the construction industry and advice to young professionals starting out.

From Rental Desk to the President's Office

Following college in the early-1990s, Logue graduated into a tough economy and needed to start out with some temporary and entry-level jobs. With both parents being teachers, Logue did not have a network of people in the construction industry. Instead, she relied on working hard and being open to trying new things.

Soon after college, Logue joined Ingersoll Rand (IR), where she stayed and worked her way up the ladder over a 15-year span of time. During the early years, Logue held various roles across several departments at the company and effectively diversified her skillset. This included positions such as a rental coordinator before eventually moving into equipment sales, marketing and opening new retail locations.

Logue also spent time with Volvo Construction Equipment as a regional vice president over dealer and company owned stores. Her last stop was running 13 company-owned stores for IR before her move to being named president of PacWest Machinery.

"The highlight of my career is when I joined PacWest Machinery," said Logue. "Our team has been able to develop a plan for growth, which consists of a high level of customer support, employee growth and development, equipment sales, updated facilities and bringing on new lines of equipment."

Logue has now been president of the dealership for more than five years.

When Logue was involved in sales, she joined NAWIC. It was a small group at the time, which has now grown to thousands of associate members.

"There is plenty of room for women in the construction industry," said Logue. "The women I have worked with that are successful have been practical, eager to learn and could confidently apply what they have learned."

Logue believes it is a lot easier now for a woman than it was 20 to 30 years ago. Today, it is more about what someone brings to the table, regardless of gender.

"Our industry is pretty down-to-earth, and if you are genuine and want to work hard and learn, I believe there are a lot of people who will open doors for women or for any other capable person," said Logue. "Our industry is also small and so many know each other. So, if you are good at what you do, you are going to be remembered."

The PacWest Machinery president believes something that helped her along the way was to seek out good mentors.

"For young people in our industry, make sure to seek out good mentors," said Logue. "To be able to have experienced people advising you and looking out for you is really important for growth and learning on the job."

For more information about NAWIC and Women in Construction Week, visit https://www.nawic.org/nawic/wicweek.asp.