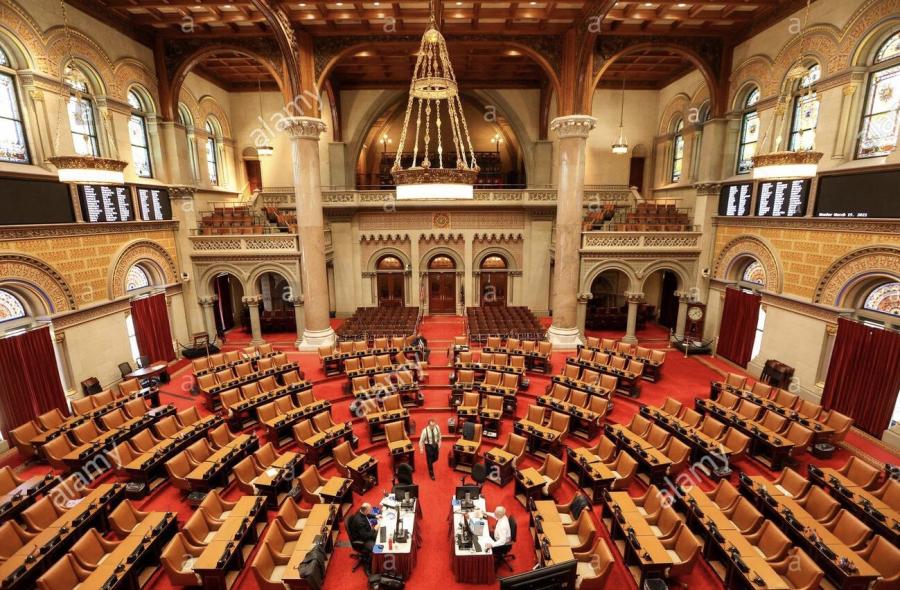 The bill was originated by the New York Electrical Contractors Association (NYECA), which represents 190 electrical contractors in New York City and Westchester County and is a signatory to Local Union #3, IBEW. The Subcontractors Trade Association (STA), representing 325 subcontracting entities in New York City, was a strong supporter of the bill and worked hard to pass it. Willett Public Affairs successfully drafted, negotiated and advocated for the bill's passage.

The bill's objective is to bring together for the first time, state legislators, regulators, construction contractors and subcontractors, labor, and other stakeholders, and create a 21-member Construction Industry Advisory Council on Public Contracting Reform (the Advisory Council) to change New York State's public contracting process.

Once the study is complete, the Advisory Council will issue a report of its findings including recommendations and suggested best practices. This includes possible legislative and regulatory solutions to improve the current public contracting process, with the objective of making it fairer, more predictable and equitable for all parties involved.

"NYECA is committed to fostering an open dialogue with our elected officials as we continue to advocate for the union construction industry and the middle-class economy it supports. We are proud to have partnered with the New York State Legislature to introduce and pass legislation that helps to create a more fair, stable, and equitable contracting process, allowing our contractors the opportunity to create meaningful employment opportunities and power New York State's most complex and important construction projects," said Edwin Lopez, executive secretary of NYECA whose members perform over 20 million manhours of work each year.

"For us, this bill is vital. There have been many attempts to remediate New York State's patchwork of variable rules and separate agency contracts with various bills that unfortunately had little success for many years," said Hank Kita, executive director of the STA.

"The Advisory Council has a real opportunity to focus on the key prejudicial areas of the state's public contracting process, analyze them, consider viewpoints from all interested parties, and deliver its findings and recommendations. This will take us a step closer to levelling the playing fields for all parties, and eliminate the burdensome, unfair and varying contractual terms and conditions that may unfairly benefit New York State but are prejudicial to contractors and subcontractors."

Willett Public Affairs worked with its construction industry clients, other trade groups, legislators, and staff, to pass the bill in short time under challenging circumstances.

Perry Ochacher, president of Willett Public Affairs said, "The process to pass this bill was complicated. We had to consult with many parties to get their input and work with a legislature that was operating remotely due to COVID-19. Time constraints while negotiating the bill's language as session wound down also proved very challenging. Finally, we had to overcome opposition to the bill which was resolved with the clock quickly ticking on the final days of the legislative session."

Senator Leroy Comrie (D) from the 14th Senate District together with Assemblywoman Rodneyse Bichotte-Hermelyn (D) from the 42nd Assembly District, sponsored the bill in the legislature.