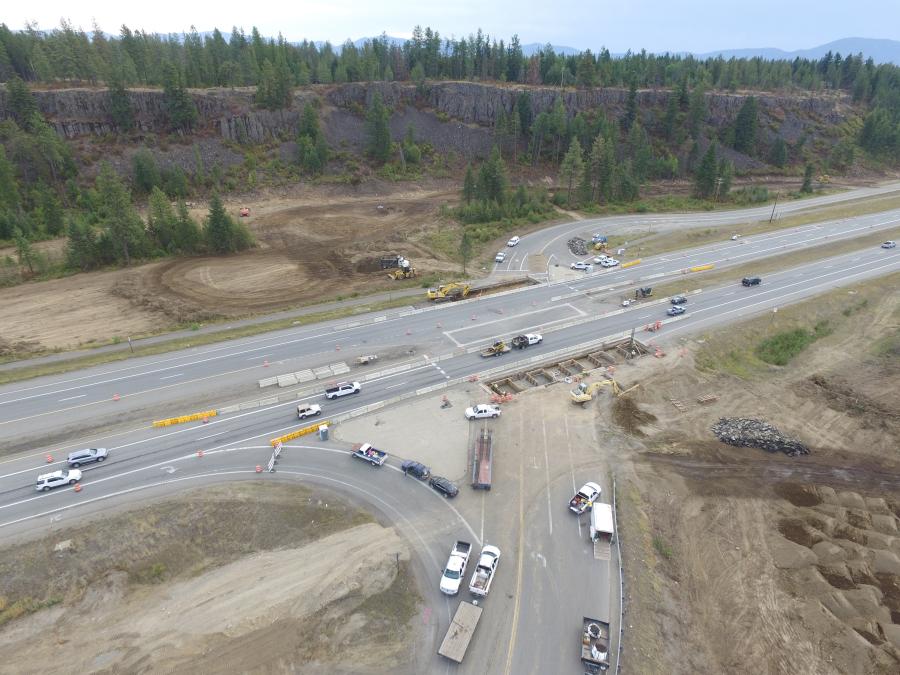 The intersection with ID 53 junction near Hayden, Idaho, will be replaced with a unique interchange.

Several roads at the southern end of the Garwood-to-Sagle U.S. 95 corridor north of Couer D'Alene, Idaho, are being reconfigured as part of a multi-year project to improve traffic flow and safety.

Construction at ID 53 began in July 2019, with work scheduled to begin at Garwood in the summer of 2020. The new bridge and the ID 53 interchange are expected to be finished in the fall of 2020, with substantial completion of the rest of the project expected in fall 2021.

It's a project that's been a long time coming. U.S. 95 is the primary north-south corridor through what Idaho Transportation Department project manager Joey Sprague calls "a rapidly developing area." He said ITD has been planning for a way to address growth and safety needs along this corridor for more than a decade. 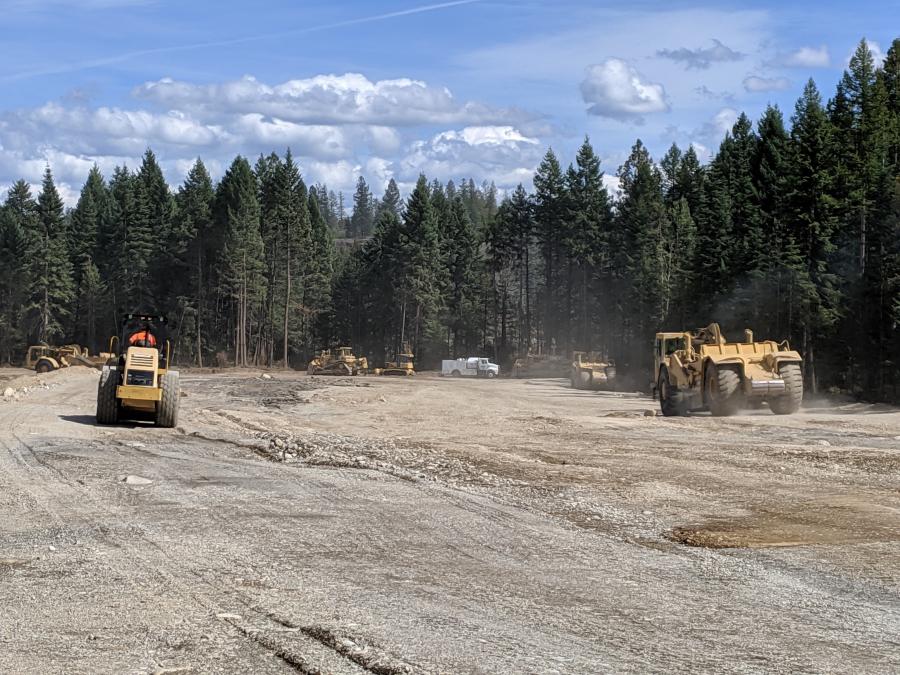 Planning began in 2010 with a study of U.S. 95 between Garwood and Sagle. ITD created an interim design for the realignment of ID 53 and the replacement of the bridge over the railroad in 2017, the same year the scope of the project was expanded to include a new ID 53 interchange, an overpass for Garwood Road, frontage roads, the addition of a center turn lane and the extension of bicycle facilities, made possible by additional funding secured through the GARVEE Expansion Program — Grant Anticipation Revenue Vehicle, a type of bonding issued under the guidelines of the National Highway System Designation Act of 1995 that lets states borrow against future federal highway allocations.

The GARVEE program will provide an estimated $41 million, with an additional $13.9 million coming in the way of federal aid. Now that funding is available, ITD is able to proceed with the project intended to improve safety and allow for future growth and mobility.

Work includes building a new single-point urban interchange at U.S. 95 and ID 53; realigning and widening the shoulders on ID 53 from Ramsey Road to intersect more directly with U.S. 95; replacing the existing ID 53 bridge over the Union Pacific Railroad; providing an overpass at Garwood Road to carry traffic over U.S. 95 and the railroad; extending Government Way as an east-side frontage road from ID 53 to the intersection of Garwood and Pope Roads; constructing a roundabout at ID 53 and Government Way, and extending pedestrian and bicycle facilities.

The ID 53 interchange is unique. Called a Single Point Urban Interchange, it's the first of its kind in north Idaho. Unlike a traditional diamond interchange with signals for each on- and off-ramp, one signal controls all interchange traffic, which is said to be more efficient at moving traffic safely. It also fits better in constrained areas. 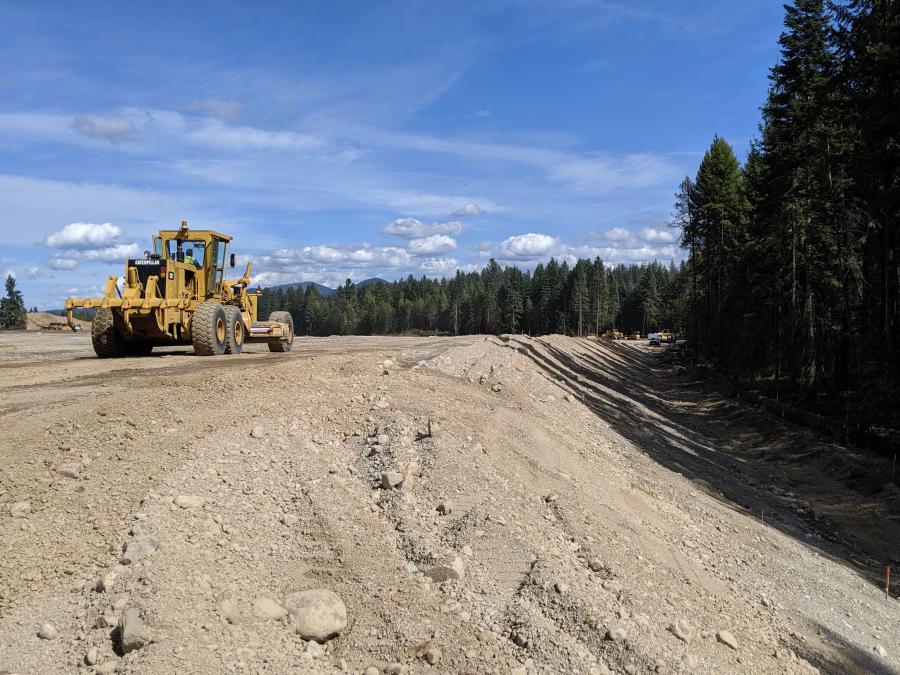 The existing signal at U.S. 59 and ID 53 was removed over the course of three nights, allowing northbound and southbound traffic on U.S. 95 to move below the interchange, unrestricted. Removing traffic signals at U.S. 95 at ID 53 and Garwood Road will permit a speed limit increase on the interstate to 70 mph through this section, once construction is complete.

Traffic going through the interchange on ID 53 will then encounter a round-about, which will direct them to Government Way, from Government Way to Pope Road, or from Pope Road to ID 53, depending on their direction of travel.

Site prep included clearing and grubbing approximately 40 acres and soil stripping to suitable material, according to Megan Sausser, public information specialist of ITD. Trees west of U.S. 95 were cleared in July to accommodate the new alignment. Government Way was closed at US 95 for tree removal and utility relocation. 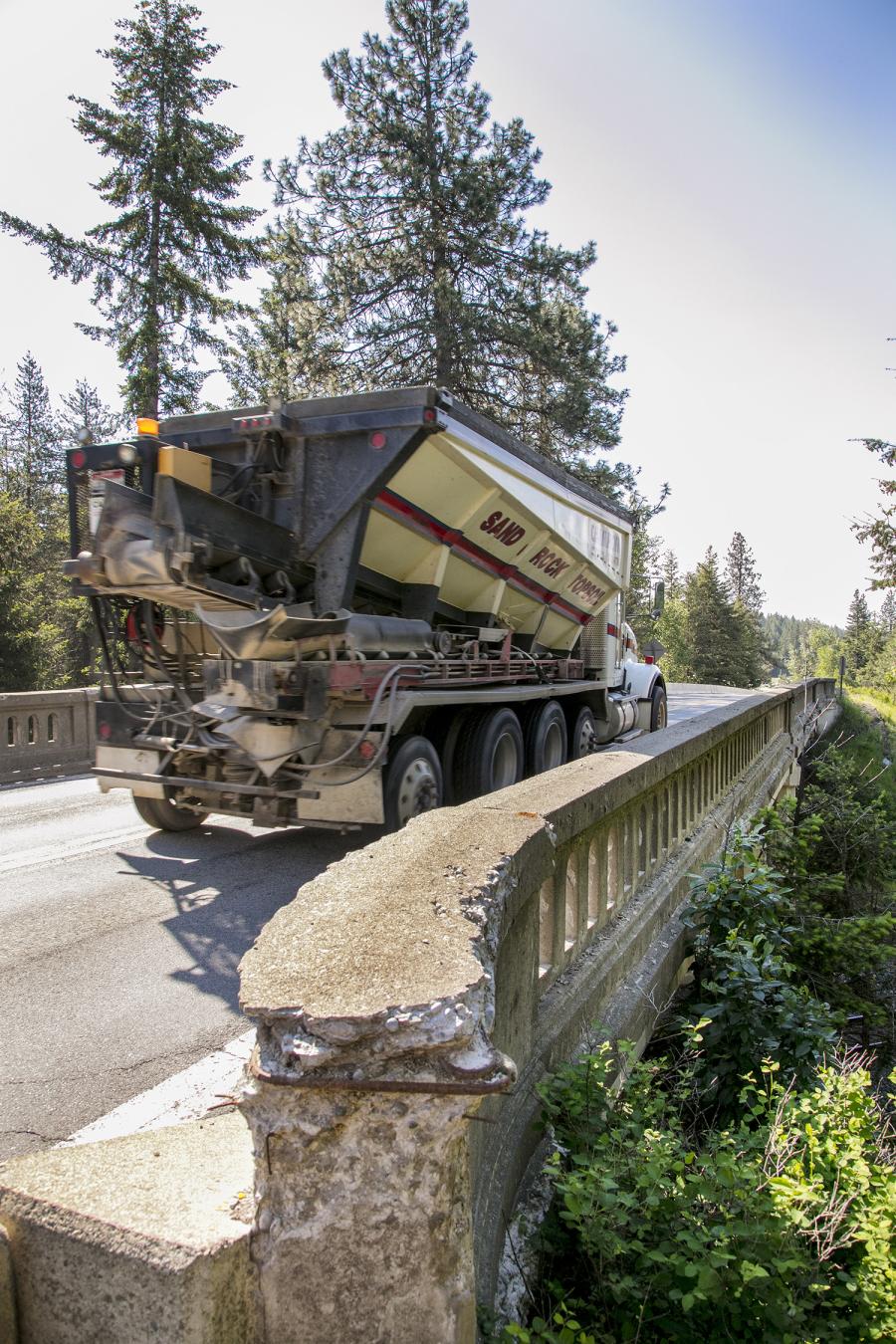 A temporary signal was placed at ID 53 and Ramsey Road in August to manage additional traffic during the detour while the bridge over the railroad and the new interchange are built. Work on those is expected to continue through fall 2020. A permanent signal will be placed in 2022. Meanwhile, the signal at U.S. 95 and ID 53 was removed before crews began work on the new interchange.

Traffic on U.S. 95 isn't expected to be impacted during much of the construction, but traffic on ID 53 will have to detour around the bridge and interchange construction to Garwood Road while the state road is closed west of the interchange to allow crews to replace the bridge over the railroad and realign the highway. To improve traffic flow, the stop sign at the intersection of Old U.S. 95 and ID 53 was removed.

A 9-mi. path between Garwood and Athol is under way and expected to continue until late October, when guardrail work along the highway will be completed. According to IDT, the new path is planned to be 12 ft. wide and will allow bicyclists and pedestrians to reach Farragut State Park and Silverwood from Coeur d'Alene.