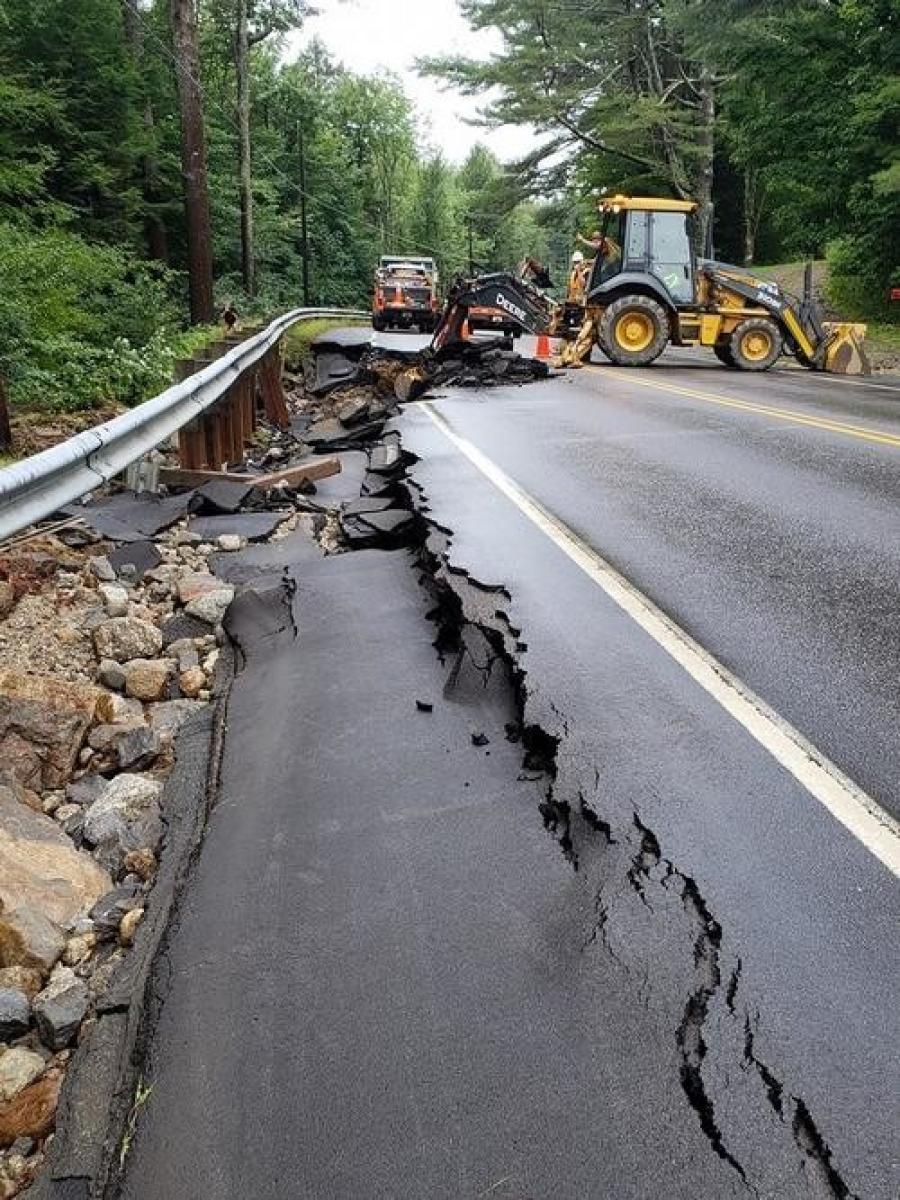 DUBLIN, N.H. (AP) Cleanup and road repairs are under way in southwestern New Hampshire after flash flooding washed out a number of roads, causing major damage.

The state Department of Transportation is working to repair roads as people assess damage to their own properties caused by the Aug. 17 storms.

Crews worked throughout the day on Aug. 18 patching them up to make them passable.

Dublin resident David Field said the water rose several feet in the basement as he and his neighbor tried to save what they could.

He said they moved three vehicles and a boat out of the yard, but his motorcycles were under about five feet of water.