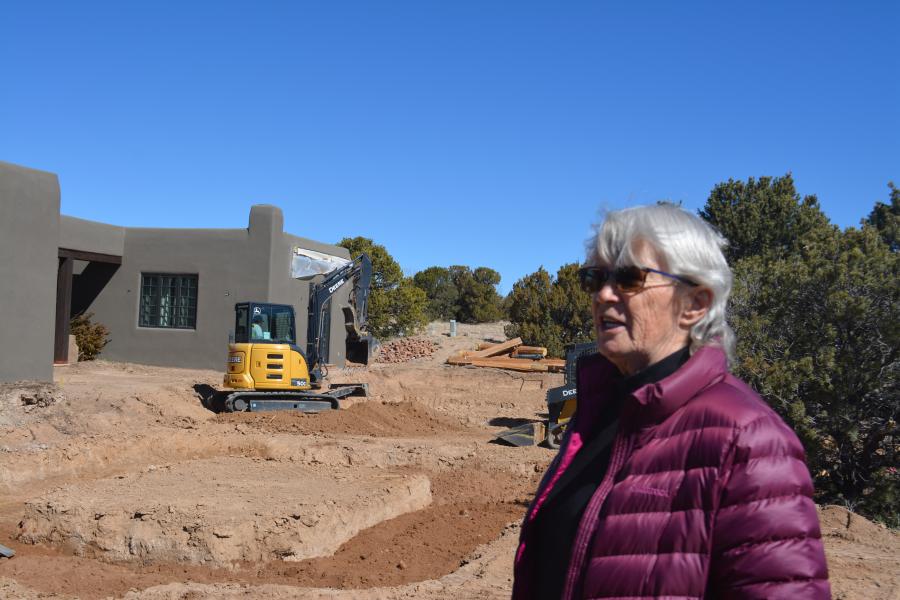 After a long and illustrious career in law enforcement, Cindy Waterworth now owns and operates a company specializing in residential, ranch and light commercial excavation projects in northern New Mexico.

Cindy Waterworth, owner of the Backhoe Lady, is accustomed to overcoming challenges. While she currently works in an industry where only 11.9 percent of the workforce is female, she once had a different occupation — one she loved, but it led her to be the victim of a violent crime.

On June 24, 1981, Waterworth, while a young officer on the New Mexico State University police force, she was shot in the face while patrolling the Las Cruces, N.M., campus.

She not only survived the shooting but stayed in law enforcement — rising to captain on the Santa Fe police force. She is reluctant to discuss the details of the event back in 1981, but she admitted to enduring weeks of life-saving medical attention followed by months of reconstructive facial surgery.

After overcoming a personal challenge like that, leading a construction company in a male-dominated industry is certainly something that isn't going to intimidate her. 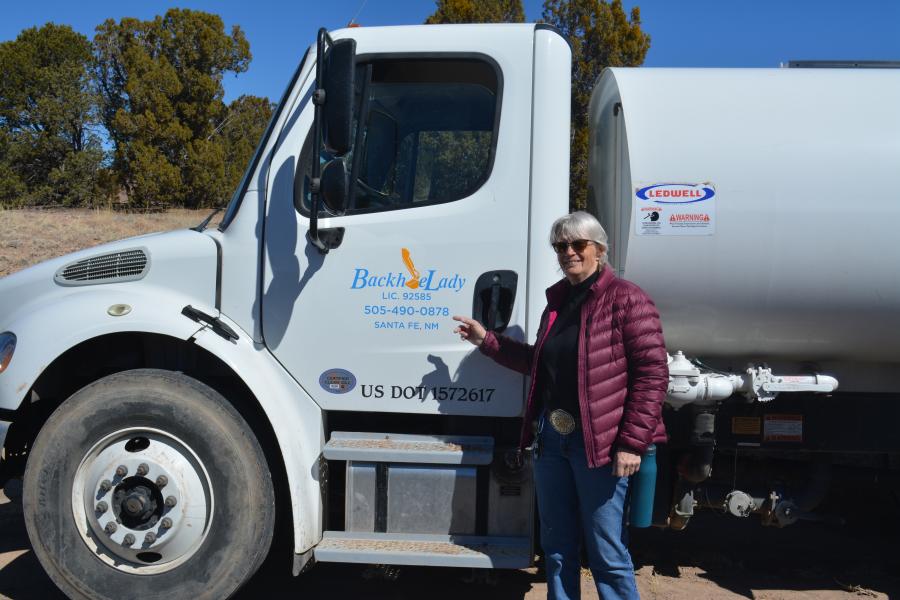 "In 1994, while still on the Santa Fe police force, a male officer and I talked about starting a part-time business to earn some extra cash, and he said we could make good money if we had a backhoe," Waterworth said.

Although the other officer ultimately got a case of cold feet, Waterworth forged ahead on her own anyway.

"I had a truck, so I decided to buy a backhoe and a trailer, too," she said. "I was living paycheck-to-paycheck at the time, so I really had to scrounge to come up with the money. My business didn't even have a name, yet."

That would soon change. While pulling into a job site not long after founding her contracting business, Waterworth heard a young boy yell to his mother, "Mommy, mommy … the backhoe lady is here."

Suddenly, the company had a name.

"They didn't take me serious at first," Waterworth recalled. "But don't tell me I can't do something. That has always made me even more determined."

A few years back, she wanted to buy a full-size backhoe and called an Albuquerque-area dealership.

"I left a message," she said, "it took them three weeks to call me back. I told them since they didn't take me seriously, I had already taken my business elsewhere."

While women have come a long way in the industry over the past couple of decades, Waterworth maintains there is still a ways to go.

"It's like any other manly occupation … women are still few and far between," she said. "Even to this day, I'll have a guy occasionally call and say he wants to speak to ‘the man in charge.' Even some people that know the company is woman-owned expect it to be run by a man."

The first 10 years in business were part-time for The Backhoe Lady, mostly doing driveway work and digging holes for propane tanks, Waterworth said. During that time, she operated as owner/operator and did not begin hiring employees until 2004 when she retired from the police department and took The Backhoe Lady full-time.

"Slowly, over time, I bought more tractors and equipment," she said. "My brother was a farmer and everything he had was ‘green Deere,' so I naturally went in the direction of John Deere equipment."

Waterworth did $32,000 in business in her first year in 1994 and doubled revenues each of the next several years. Today, she bills seven figures, annually.

Of course, like everyone else, The Backhoe Lady has not been immune from downturns that affect all contractors. 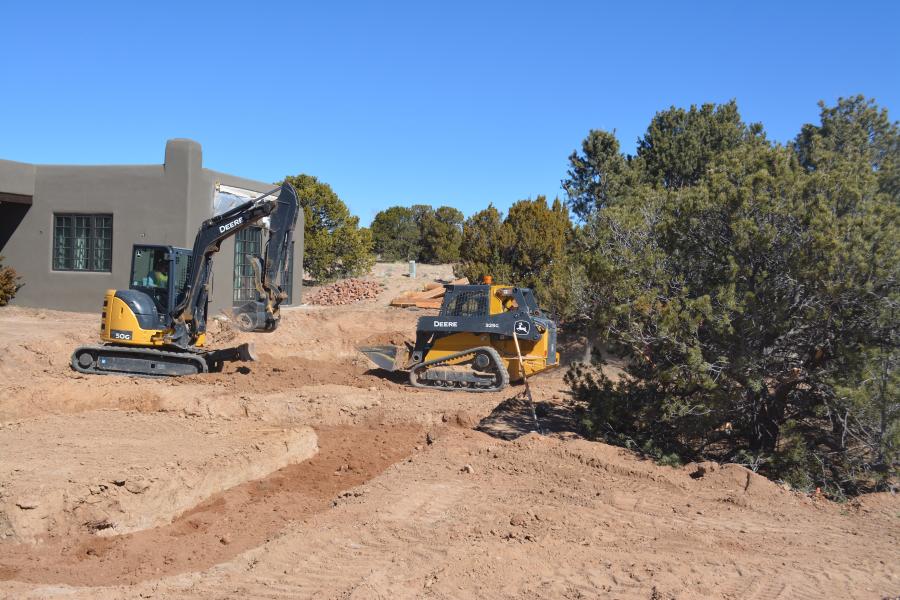 "We almost went broke in 2011," she said. "We were at 25 percent of the gross we had done in 2007. A few years ago, I had a guy that had an MBA but applied for an operator job. I said, ‘I probably have something else for you other than running equipment.' On a consulting basis, he helped overhaul the company, upping my prices and got us using construction management software. He really helped grow the business."

Waterworth recently upgraded her motor grader to a John Deere 772G, adding to an older, smaller NorAm motor grader. Her purchases are a bit easier now, due to her years in the business and the experience and strong reputation that accompanies it.

"I've established myself now," she said. "My reputation is solid, so they don't give me any grief when I want to buy something. My new rep at 4 Rivers Equipment, Allison Mady, has been great to work with. 4 Rivers has been a great equipment partner." (See Hiring for Skills, Passion below.)

Waterworth still has one of her earlier equipment purchases from 2008 — a John Deere 110TLB backhoe that she said she's had many opportunities to sell but holds onto for sentimental reasons.

‘Doing What We Say We're Gonna Do'

Waterworth is relieved to report that the greatest challenges she faces now running her business are no longer financial.

"My finances are good … it's probably just time now," she said. "Having enough hours in my day is a problem. Getting good help is always an issue too, but my people tend to stay with me."

On average, her operators have more than six years of service with the company. Taking care of your operators and giving them the quality equipment they need tends to foster happy employees who want to stay. John Deere equipment contributes to that goal. 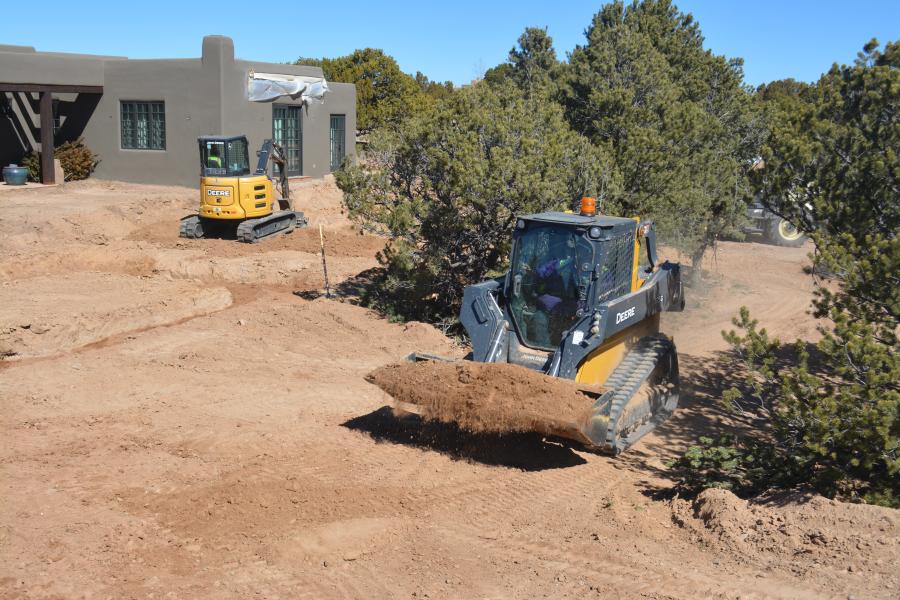 "I like the visibility of the John Deere skid steer," she said. "I had another leading brand, but it had very bad visibility. I could not see the cutting edge of the bucket. That's important for an operator on a skid, and with Deere, the visibility is great.

Adding the grader to the fleet will create new opportunities, perhaps sooner than later.

"We're bidding on a big project now," she said. "It's a 13.5-acre site for new townhouses, and the Deere 772 grader will sure come in handy there."

Other jobs come by way of referrals and budgeted advertising.

"People say they've heard good things about us, and that's good for business," she said. "If I give someone my word that we'll be there, then we are there. We show up and we do what we say we're gonna' do."

On the equipment side, Waterworth feels she has a "good partner" in 4Rivers. She relies on the equipment dealer's technological support as she contemplates adding grade control to all her equipment in the coming months. 4Rivers offers technology solutions through its 4Sight Solutions division.

"I can see the advantage of drone technology," she said. "It's probably on the horizon for us as well."

Waterworth knows adversity. But most important, she knows how to overcome it —she knows it takes tenacity, courage, hard work and an unrelenting, if not stubborn, resistance to defeat, something she was forced to learn on that terrible day in 1981. As The Backhoe Lady continues to grow her business today and beyond, her life experience combined with her business acumen will serve her, her employees and her customers well for as long as she wants to continue in the construction industry. As she readies to embrace drone technology and she's able to see her construction projects from far above the ground, it's clear she'll also see a bright, successful future on the horizon. CEG 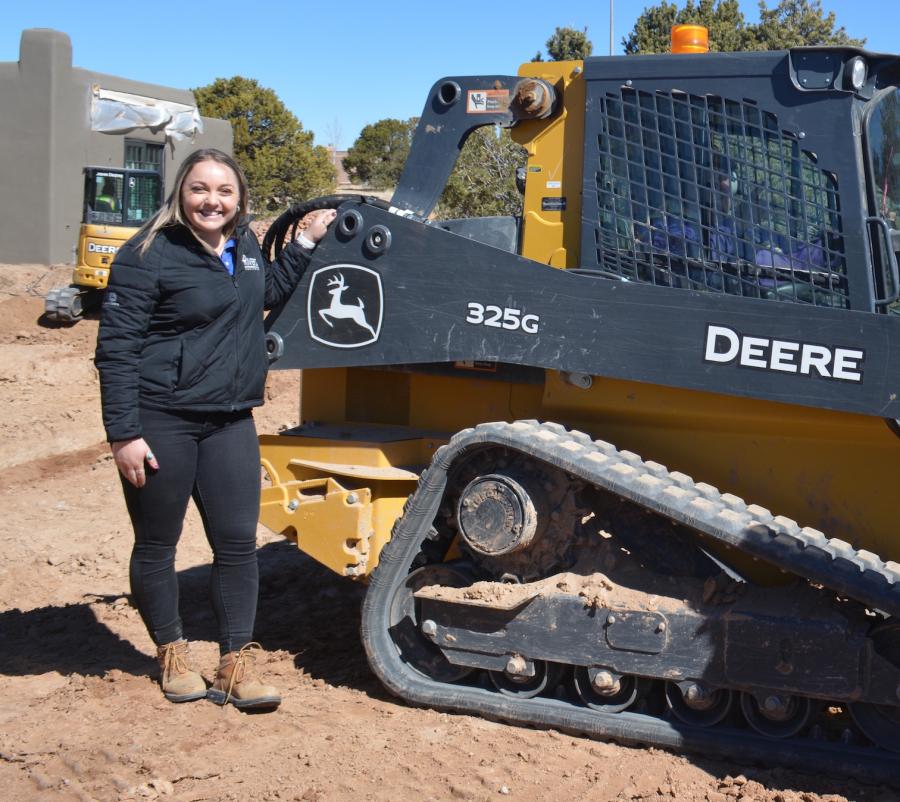 4Rivers Equipment has always taken an approach to hire its team members based on skillset, and it empowers employees to succeed with the right tools and training. That philosophy resulted in a major change in a career path for one Albuquerque woman.

Allison Mady left a marketing position with a non-profit organization to sell iron for 4Rivers Equipment, a John Deere and Wirtgen Group dealer.

"I answered an ad on the Internet, and for some reason they called me back even though I had no construction or equipment experience at all," Mady said. "My boss [Collin James, 4Rivers Albuquerque branch manager], says you can teach the product, but you can't teach the heart and the desire to be out talking to people."

For her part, Mady has rewarded the faith her boss had in her from the beginning, even after an initial mistake.

"After my first sale with 4Rivers Equipment, I had sold a customer an auger drive (not even 100% confident on what that was at the time)," she confessed. "It was a bumpy start, but he was so gracious, knowing I was still learning.

"Now, a year-and-a-half and countless deals later, I still remember this very first one," she added. "I am so grateful that was my first experience selling something as I learned how to admit to a mistake, ask for help and got practice on successfully closing the deal."

Today, Mady is one of the top territory managers at 4Rivers, according to James.

"I'm lucky to be in the territory that I'm in," she said. "Everyone I have met has been welcoming."

Women have always been a part of 4Rivers Equipment and the industry alike. Women engineers, parts professionals, service technicians, business professionals and leaders are the are an integral component of the construction industry.

"We at 4Rivers Equipment, as well as John Deere, are proud employers of people of all types of skillsets and backgrounds and the future is bright for women in construction." CEG