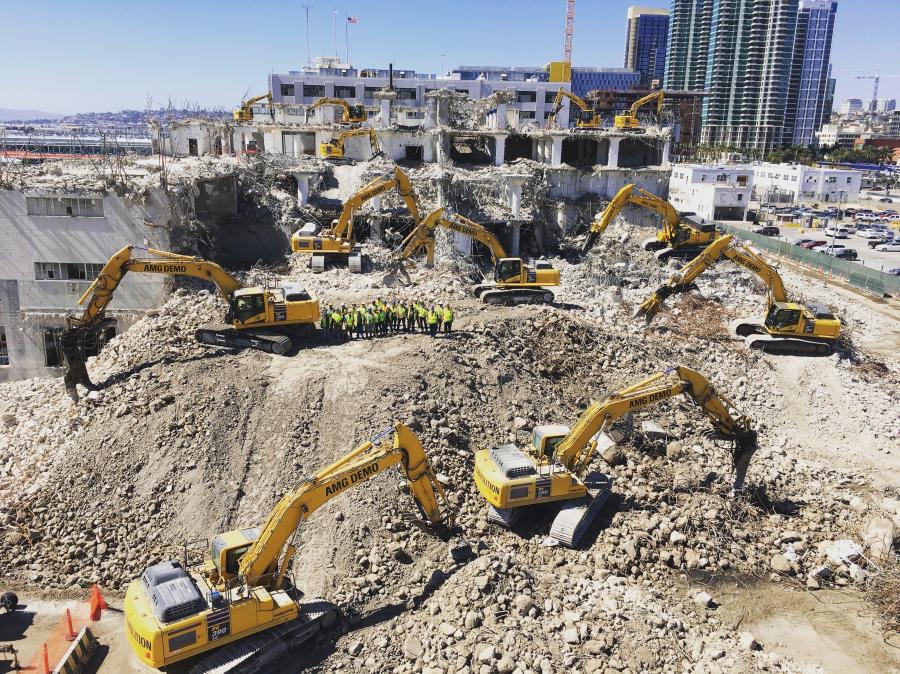 AMG Demolition and Environmental Service in San Diego did the demolition work on the Manchester Gateway Development. (AMG Demolition photo)

Work is under way on a $1.6 billion Manchester Gateway Development project to transform leased Navy property on San Diego's downtown waterfront into a 12.7-acre development with seven new buildings including a 17-story office structure that will replace the Navy Broadway Complex and serve as the Navy's regional headquarters.

Current construction is on the new Navy building complex, which, by contract, is to be built first. The previous building had to be removed before new construction could start.

Space was not available for implosion, so it had to be removed by demolition from the top down. Concrete and steel from the old building, which dated back to World War II, will be recycled. 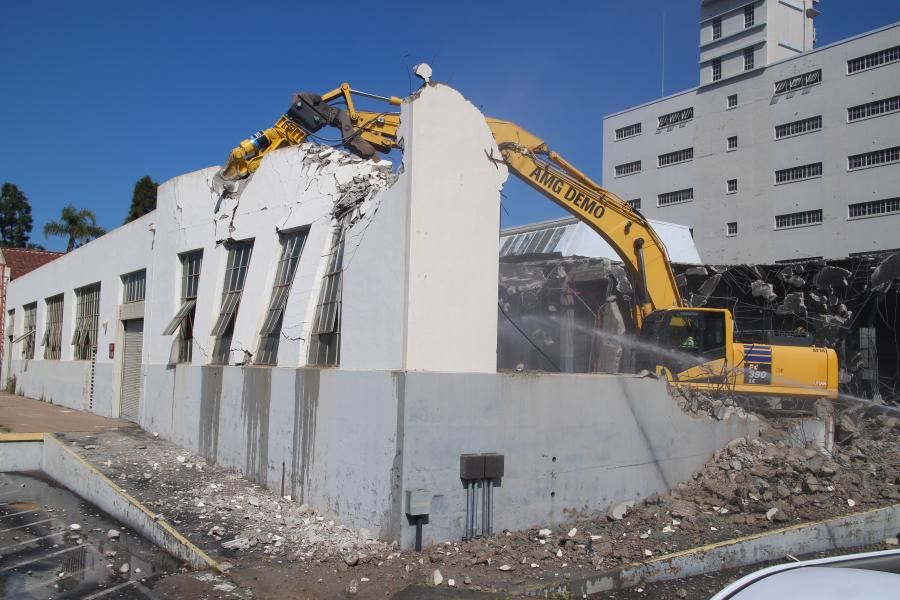 AMG Demolition and Environmental Service in San Diego did the demolition work. More than 40,000 cu. yds. of concrete had to be removed and required more than 17,500 man hours to complete.

The new Navy building is considered to be bomb proof. It includes pre-cast concrete steel sheeting. Once finished, it will be protected by numerous security workers.

In order to build the new Navel headquarters complex, 271,000 cu. yds. or 300,000 tons of soil had to be removed from the site. All water taken out of the site had to be treated for possible contamination.

The building location is considered a brownfield site. The brownfield site label means the expansion, redevelopment or reuse of the site may be complicated by the presence or potential presence of a hazardous substance, pollutant or contaminant. Removal of the soil required numerous dump trucks.

But the rewards of a top-notch coastal development in San Diego are expected to be great. It will serve countless numbers of area residents.

Manchester Gateway is the largest private waterfront development on the West Coast.

"This is a world-class project," said J. Kevin Heinly, managing director of Gensler Architecture in San Diego. Heinly joined Perry Dealy, owner of Dealy Development Inc. in San Diego, at a meeting of the Friends of San Diego Architecture held in March. 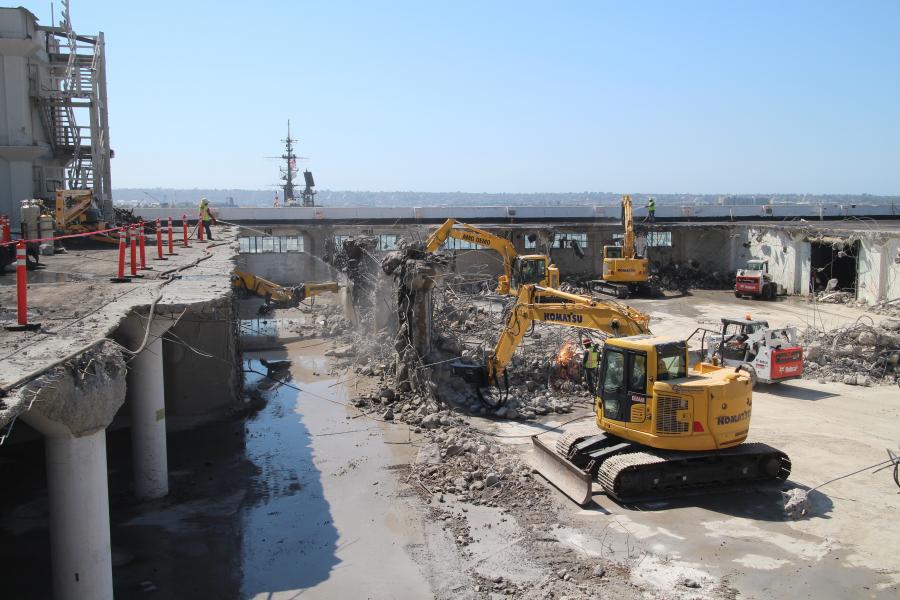 Work started on June 1, 2018. Initial price tag for the project was $1.3 billion, but added construction costs pushed it up to its current level of $1.6 billion.

The entire project is funded with the help of outside equity partners.

The 3-million-sq.-ft. project occupies eight city blocks and features multiple office towers, including an 1,100-room convention hotel; a retail-lined paseo; and a museum on more than 12 acres south of Broadway between Pacific Highway and Harbor Drive.

"The Navy is excited to break ground on a new, state-of-the-art Navy Administrative Building," said Rear Admiral Yancy B. Lindsey, commander of Navy Region Southwest, following start of the project.

This development is said to be the largest office, retail, restaurant and hotel undertaking in San Diego history. Manchester Financial Group signed a 99-year lease for the property in 2007 with the Navy.

"The Navy and San Diego have had a strong, mutually beneficial relationship for over 100 years and this project is another important chapter in that history," Lindsey said.

Dealy explained that the project is complex in design and required strategies for firming up the soil around the new buildings. 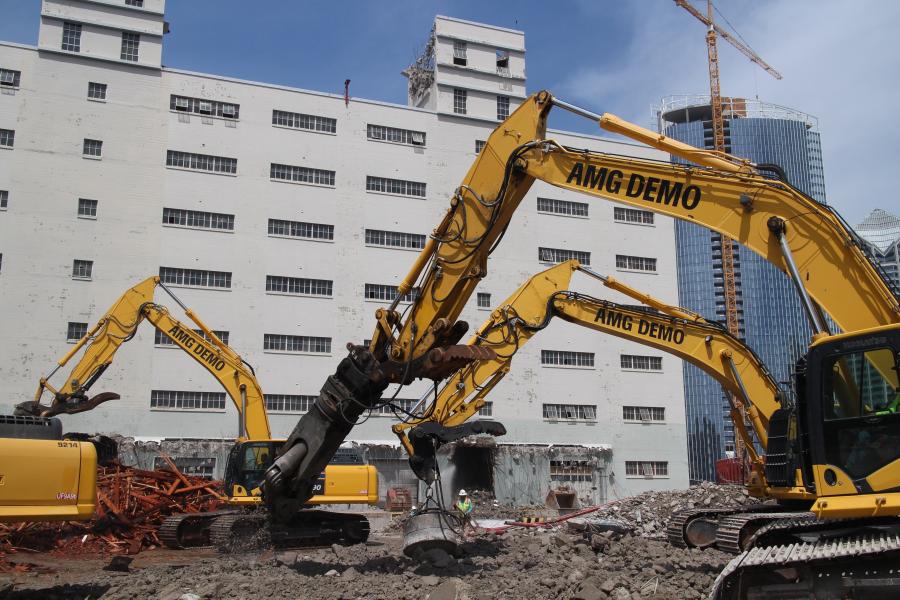 "It included a system of piles," he said.

Pile foundations are principally used to transfer the loads from superstructures, through weak, compressible strata or water onto stronger, more compact, less compressible and stiffer soil or rock at depth, increasing the effective size of a foundation and resisting horizontal loads.

Making the property suitable for building construction was expensive, but it is expected to pay off as San Diego grows and more people become aware of the new multipurpose development. San Diego is reported to already have more millennials than in any other part of the country.

And it has a need for more office space, retail outlets and entertainment venues. Besides being supported by local residents, Dealy said it will be helped by passengers on cruise ships that stop in the area.

The project is described as a public-private partnership. And it is more of a lifestyle development than a retail development. 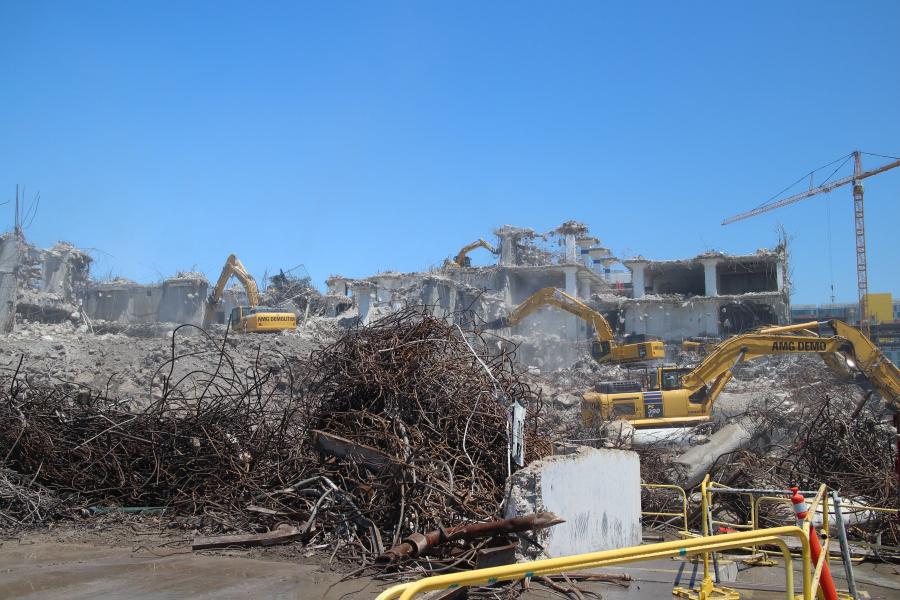 In nearly all cases, a project is private when owned by a private person or entity and is public when owned by the government. In the case of the Manchester Gateway Development, the U.S. Navy is working under agreement with private enterprise to get a new headquarters building constructed. Basically, the Navy wanted to sell seven of eight blocks of property to the private sector in order to finance construction of the new Navy building which sits on one block. So, the Navy, a public agency, wanted a public-private approach.

It took the Navy and private enterprise about 40 years to get the project rolling. During that time, much of the eight-block area was considered blighted warehouse space. 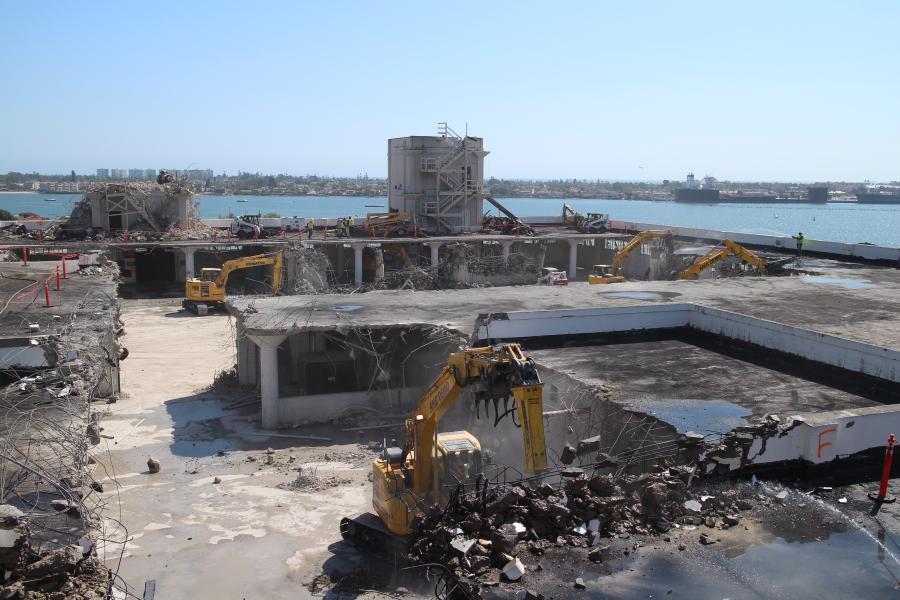 Although Doug Manchester, former chairman of the Manchester Financial Group and past chairman and publisher of the San Diego Union Tribune, won a 99-year lease in 2006 to build out his project in return for building what will be a new $165 million Navy headquarters building, the mammoth development was slowed by multiple lawsuits, which also made it difficult to obtain needed financing.

The long-awaited development agreement specified that the project would not include residential development, but would feature hotels, office space, a retail component, parks, and dining and event space.

The Manchester Gateway Project also will feature the largest ballroom in San Diego. Along with the main ballroom will be a junior ballroom.

In addition to the Navy component, the project required a lot of infrastructure work, which usually falls more under the category of public projects.

Some of the characteristics that make up public projects include:

A Destination for Local Residents

Emphasis will be on getting residents to spend large amounts of time at the Manchester Gateway Development.

Stores within the Manchester Gateway Development will be important, but the emphasis will be to get San Diego residents to hang out at the new development and purchase multiple goods and services. It will feature a 30,000 sq.-ft. modern fitness center, lunch venues and upscale restaurants for dinner.

Not a Residential Development

What the development won't be is residential. But it will fill many needs of nearby residents. And it will provide a plethora of goods, services and eateries for those working in offices within the development.

More than four acres will be dedicated to public open space, including a 1.9-acre plaza on the waterfront on Harbor Drive. The project includes 2,900 subterranean parking spaces.

The timeline for completing the Manchester Pacific Gateway Development blocks is as follows: