Nine I-95 Bridges Being Rebuilt or Repaired in Hampden, Maine 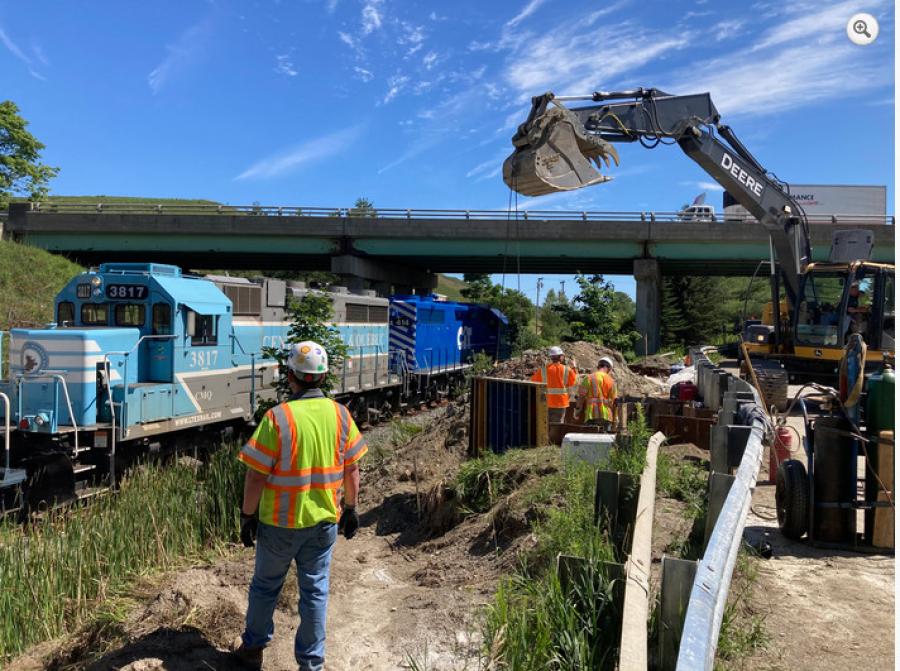 In 2020, temporary diversion roadways and bridges have been constructed in the median of I-95 to maintain two travel lanes in each direction throughout much of the project. (MaineDOT photo)

An effort to rebuild and rehab a total of nine deteriorating bridges along four miles of Maine's portion of Interstate 95 currently is under way, with a completion set for late 2022.

The Hampden Bridge Bundle Project, valued at $44.7 million, consists of four northbound/southbound bridge pairs at four different sites along Interstate 95 between Exit 174 and Exit 180 in Maine's mid-south near Bangor.

The Maine Department of Transportation (MaineDOT) is rebuilding eight bridges, while rehabilitating another. Three of the bridge pairs cross Souadabscook Stream and one pair carries traffic over Emerson Mill Road and the Central Maine & Quebec Railway. The sole bridge rehabilitation occurs at the Exit 180 off-ramp on Cold Brook Road over I-95.

Cianbro Corporation of Pittsfield is the general contractor on the New England bridge replacement project.

Hampden bridges on I-95 are approximately 60 years old and are approaching the end of their useful lives, according to MaineDOT. The new spans will include non-corrosive materials to reduce future maintenance needs. The bridges over the Souadabscook Stream will be single-span structures to eliminate the need for piers in the water.

When the Hampden Bridge Bundle Project was being planned, it included the demolition and removal of all eight existing bridges and the design and construction of eight full replacement bridges using the design-build method. The Cold Brook Road Exit 180 off-ramp will consist of pier substructure rehabilitation.

In 2020, temporary diversion roadways and bridges have been constructed in the median of I-95 to maintain two travel lanes in each direction throughout much of the project. After the diversions were installed, the northbound traffic on the interstate moved to the median roadway while the northbound bridges were under construction.

To construct the median roadway and bridges in Hampden, there are times that interstate travel lanes are reduced to one lane either northbound, southbound or both. MaineDOT and the contractor are monitoring traffic daily to best adjust the days and times for the lane closures and prevent delays.

By keeping two lanes operating at all possible times, MaineDOT said traffic impacts have so far been minimal and it expects it to remain so throughout the duration of the project.

Traffic will flow freely on all the new bridges in November 2022. 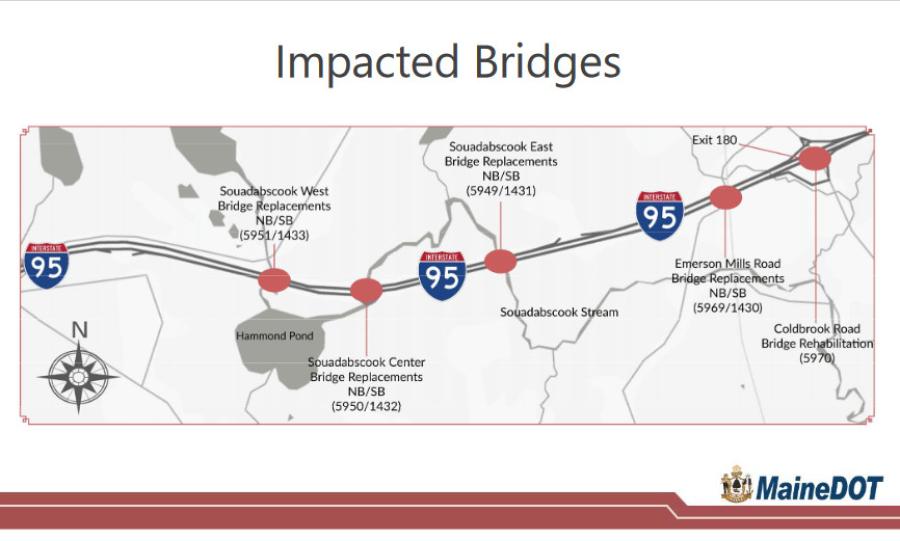