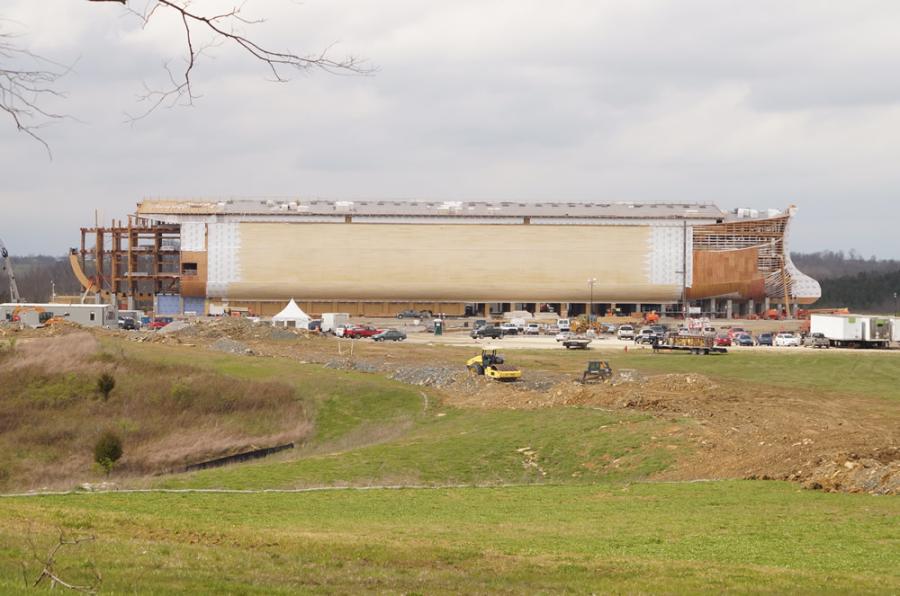 The massive re-creation will be about 450 feet long, 150 feet wide and eight stories high.

The Orlando Sentinel is reporting that Ark Encounter, a Noah's Ark-themed theme park under construction in Kentucky was not destroyed in a flash flood despite a fake news report from satire website The Good Lord Above made its rounds on social media this week.

Internet rumor and folklore website Snopes.com confirmed the report was false. A tweet from "God" (@thegoodgodabove) on April 18 gave a tease to the fake story, tweeting "I should destroy that Noah's Ark Theme Park in a Flood."

The satire piece said the flash flood only affected the theme park, with a quote from a meteorologist saying the flood was an "act of God."

Ark Encounter is currently under construction in Williamstown, Kentucky, with an opening date set for July 7. The massive re-creation will be about 450 feet long, 150 feet wide and eight stories high.

There will be 132 exhibits on board that will answer questions like how the ark could carry two of every land animal during the worldwide flood as described in the Bible.