Northern Beltway Around Winston-Salem, N.C., Gets $80M in Bond Funds 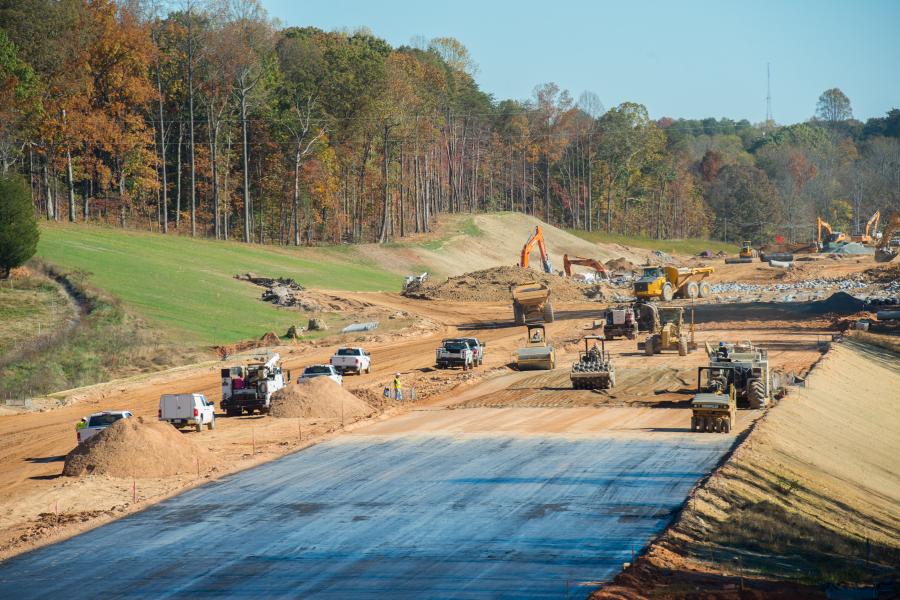 Three portions of the Northern Beltway around Winston-Salem, N.C., qualified for a combined $80 million in bond funding during the first week of August, according to the Winston-Salem Journal. The monies come from Grant Anticipation Revenue Vehicle (GARVEE) bonds, typically designated for North Carolina Department of Transportation (NCDOT) projects. State and federal transportation funds will be used to pay for the rest of the construction.

Three portions of the Northern Beltway around Winston-Salem, N.C., qualified for a combined $80 million in bond funding during the first week of August, according to the Winston-Salem Journal.

The monies come from Grant Anticipation Revenue Vehicle (GARVEE) bonds, typically designated for North Carolina Department of Transportation (NCDOT) projects. State and federal transportation funds will be used to pay for the rest of the construction.

The 10-member North Carolina Council of State and the Department of State Treasurer's Local Government Commission, with Treasurer Dale Folwell as chairperson, signed off on the bonds earlier.

The first 3.5 mi. of the Winston-Salem Northern Beltway (also known as the Loop) are set to open by Labor Day, according to state highway officials, providing a high-speed connection between Salem Parkway and U.S. Highway 158/Reidsville Road.

A completion date for the entire road and bridge system has not been announced.

Two segments of the Northern Beltway receiving the bond money are in its eastern section, while another at the western end also will benefit.

The eastern section, from Interstate 40 to U.S. 421/N.C 150 (Salem Parkway) is being built as a multi-lane, divided freeway. According to NCDOT, the project's estimated cost is $212 million, with the GARVEE bonds contributing $60 million. The purpose of this part of the Northern Beltway is to complete an additional segment of I-74 and relieve traffic congestion on U.S. 52 and other adjoining routes in Winston-Salem.

Construction on the western section will create a new interchange with the existing U.S. 52 north of the city to complete the connection of I-74 and provide connectivity to the Northern Beltway. GARVEE will pay $10 million toward the estimated $154 million cost for this part of the project.

The eastern section from U.S. 311 to Baux Mountain Road also will be a multi-lane, divided freeway when work is finished, while completing an additional segment of I-74. This segment is projected to come in with a price tag of $88.5 million, of which the Garvee funds will kick in $10 million. NCDOT designed it to relieve traffic congestion on U.S. 52 and other adjoining routes in Winston-Salem.

The Journal reported that the Local Government Commission is targeting one of three sections of the Winston-Salem Loop to get under way in December. The trio of projects are part of $300 million in statewide GARVEE bonds, according to the Winston-Salem newspaper, and will be the eighth issuance of GARVEE funds since 2007, bringing the total outstanding principal to $1.17 billion.

The revenue bonds are issued with a pledge to be paid off when the state receives Federal Highway Fund reimbursements, which helps to speed up projects. NCDOT officials expect to close on the bond bids between Sept. 7 and Sept. 10.

"The Local Government Commission plays a key role in a low-key way to help North Carolina government units at all levels secure low-cost, tax-free financing for vital projects that serve taxpayers in every corner of the state," Folwell said.

Other NCDOT projects eligible for GARVEE funding, according to Folwell's office, include the U.S. Highway 70 Havelock Bypass and Fayetteville Outer Loop construction efforts in the eastern part of North Carolina, as well as the widenings of U.S. Highway 321, Interstate 26 and U.S. Highway 401.

Last October, a total of 10 Triad transportation projects, including two in Forsyth County, began to move forward through funding from a separate $700 million Build NC bond installment, the Journal noted.

The largest of the two affecting Winston-Salem/Forsyth is $25.39 million to complete the widening of Interstate 40 from Harper Road in Clemmons to N.C. 801 in Bermuda Run, in Davie County, which included constructing new bridges over the Yadkin River. The overall $72 million project was awarded in August 2017 and had been projected to be done by November 2021. Crews are only now putting the finishing touches on the roadway upgrade.

Another $8.28 million from Build NC will go toward completing the section of the Northern Beltway's western portion from U.S. 158 to U.S. 421. That project's total cost is $33.21 million. 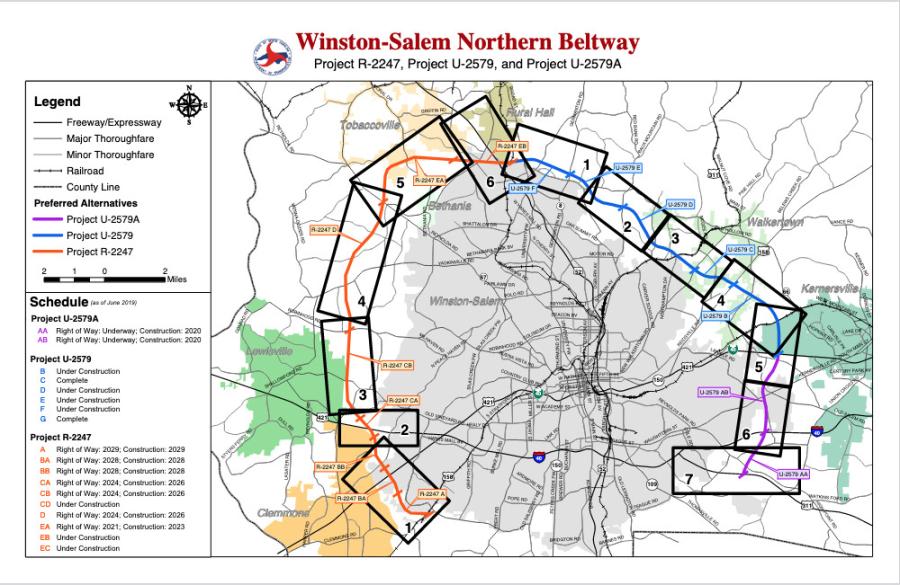