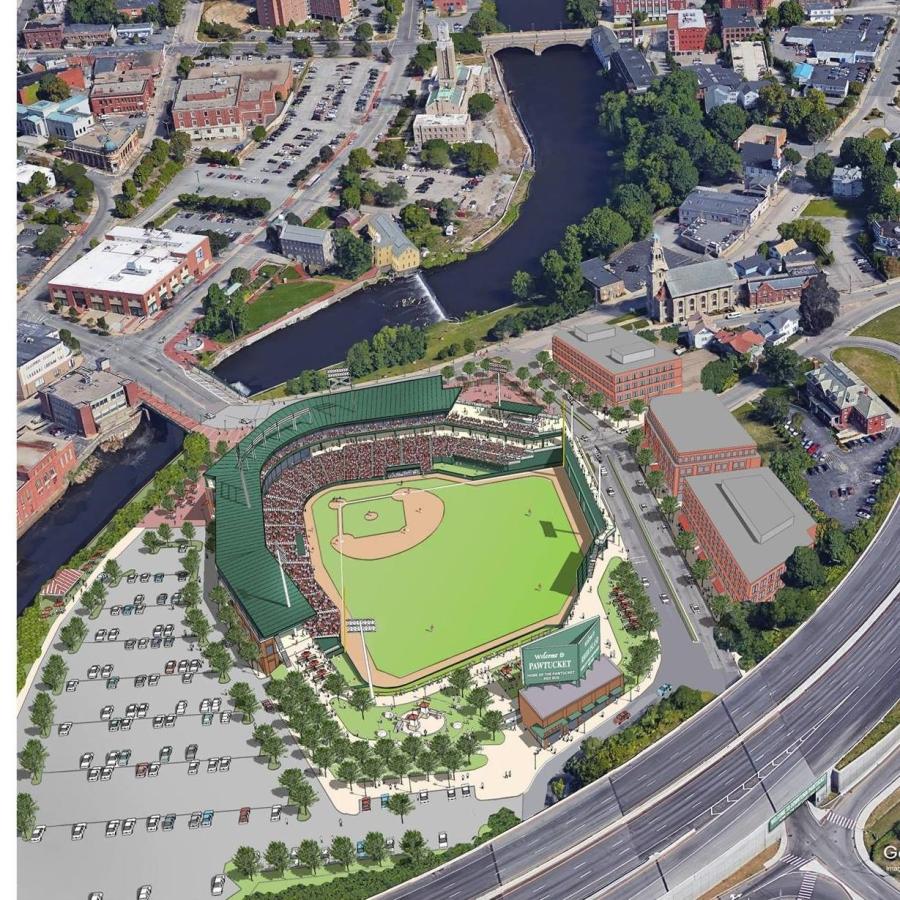 The Northern Rhode Island Chamber of Commerce voted unanimously to support the proposal for the Ballpark at Slater Mill. (Pawtucket Red Sox photo)

At a recent meeting of the Board of Directors of the Northern Rhode Island Chamber of Commerce, the Chamber voted unanimously to support the proposal for the Ballpark at Slater Mill.

"The Chamber's Board reviewed the proposal and saw this as excellent economic development for Pawtucket, Northern Rhode Island and the entire state. We believe it is important for us to promote a strong public/private partnership that includes a $45 million investment by the PawSox ownership," said Ernie Almonte, chair of the NRI Chamber's Board.

John Gregory, president/CEO of the Chamber added, "The $45 million is the largest private investment ever made in Pawtucket. The ownership model is the same, with the city of Pawtucket owning the stadium. The city will lease the stadium to the state and the state will then sub lease it to the Pawtucket Red Sox."

The ancillary development will help to revitalize downtown and become an attractive gateway to Rhode Island.

The NRI Chamber also believes that while there is always risk in this case the risk is minimal. For example, the payment for the bonds issued by the Pawtucket Redevelopment Agency will come from taxes generated by the ballpark. The average annual payment will be $1.4 million, and this payment is well below the existing revenues currently being sent to the state. There also is the safeguard that the Pawtucket Red Sox will pay for any construction cost overruns.

The Northern Rhode Island Chamber of Commerce looks forward to the future discussions on this import economic development initiative.