The viewing location will feature permeable pavers and three large boulders found on the site. 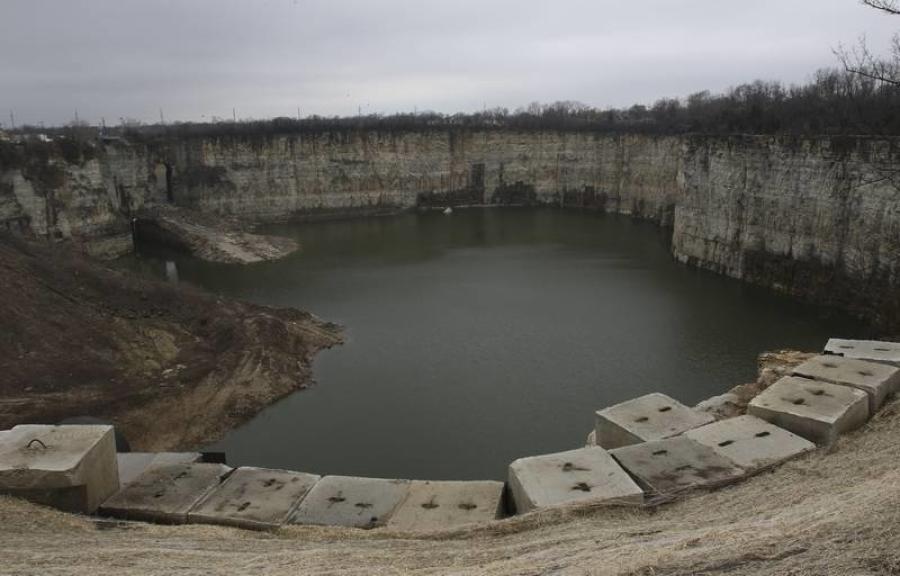 Atthe Elmhurst Quarry Flood Control Facility, an observation deck is being built to give curiosity seekers a clearer, safer way to view it. (Daily Herald photo)

ELMHURST, Ill. (AP) A massive hole in the ground in suburban Chicago is being fitted with facilities normally associated with the Grand Canyon.

The hole is the Elmhurst Quarry Flood Control Facility and an observation deck is being built to give curiosity seekers a clearer, safer way to view it.

The (Arlington Heights) Daily Herald reports that construction will begin in July. DuPage County officials didn't have a construction price. But they say it should be minimal.

The county bought the quarry in Elmhurst in 1991 to help with flood control. Up to 2.7 billion gallons of water can be diverted into it during heavy rains to ensure a nearby creek doesn't overflow its banks.

"When it (the facility) operates, a lot of people will park on West Avenue and go over and look through the fence," said Jim Zay, chairman of the county's stormwater management committee, in the Daily Hera;d report. "We're going to hopefully get people out of there. They can go to the other side and see the water flow into the quarry that way."

The quarry has two lobes separated by a high rock wall that supports West Avenue. Officials said the planned observation deck will provide a great view of the east lobe, which is the deeper of the two.

The observation deck will feature permeable pavers and three large boulders found on the site. There also will be informational signs about the geology and history of the facility.

Officials say the deck should be completed by September.