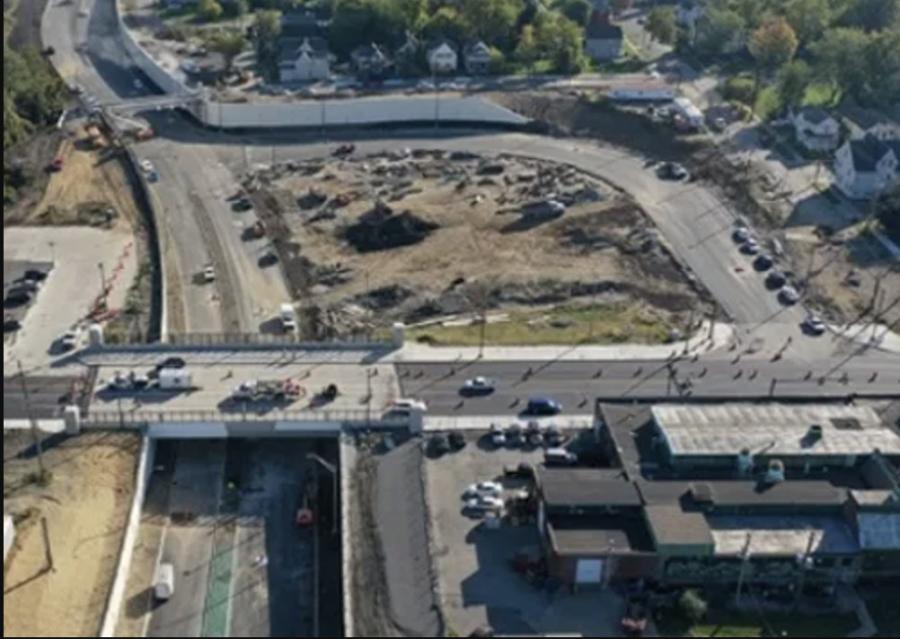 The purpose of the Opportunity Corridor project is to improve the transportation system while supporting planned economic development via the construction of a new boulevard between I-490/E. 55th Street to E. 105th in University Circle.

The Ohio Department of Transportation (ODOT) is making final changes to Opportunity Corridor Boulevard Project in Cleveland, an undertaking specifically designed to revitalize the neighborhood between I-490 and University Circle once known as the "Forgotten Triangle" due to the lack of economic activity.

The agency said the purpose of the Opportunity Corridor project is to improve the transportation system while supporting planned economic development via the construction of a new boulevard between I-490/E. 55th Street to E. 105th in University Circle.

"Transportation is about connecting people. This isn't just an investment in asphalt, concrete and steel, this is an investment in people, business and opportunity," said Gov. Mike DeWine (R) in a statement. "The Opportunity Corridor will benefit these neighborhoods and better connect northeast Ohio with University Circle and all the resources available there."

The project also came in well under budget, the Ohio DOT noted — roughly $74 million less than the initial cost estimate of $331 million calculated by the Federal Highway Administration in 2013.

"For too many years, these neighborhoods and those who call them home have been bypassed by opportunity," added Jack Marchbanks, director of the Ohio DOT.

"Now, we're bringing opportunity right to their front door," he said. "For a lot of residents, this opportunity is a career, not just a job."

Marchbanks noted that Ohio DOT also sought to spend 20 percent of all Opportunity Corridor project construction costs — roughly $41.9 million — with new, small and disadvantaged business. As of Sept. 30, such businesses received more than $70 million of the project's $207 million construction costs.

Additionally, the Ohio Corridor project aimed to place 38,500 hours of work via the department's on-the-job training or OJT program, which gives participants hands-on experience working on the job alongside experienced workers. As of Sept. 30, OJT participants actually worked more than 49,000 hours, the agency said.

The project also helped jump-start economic activity in the area, Ohio DOT noted, with new and existing businesses investing nearly $1 billion in development within a quarter mile of the boulevard over the last five years.

The Ohio DOT noted that funding partners for this project include FHWA during its development phases, with the Ohio Turnpike and Infrastructure Commission (OTIC), city of Cleveland, Cuyahoga County, Northeast Ohio Area Coordinating Agency and Greater Cleveland Regional Transit Authority collaborating on the boulevard's construction.

The OTIC also provided what Ohio DOT described as an "innovative plan" to help fund construction, including leveraging monies from future revenues of the Ohio Turnpike, to help break ground sooner.