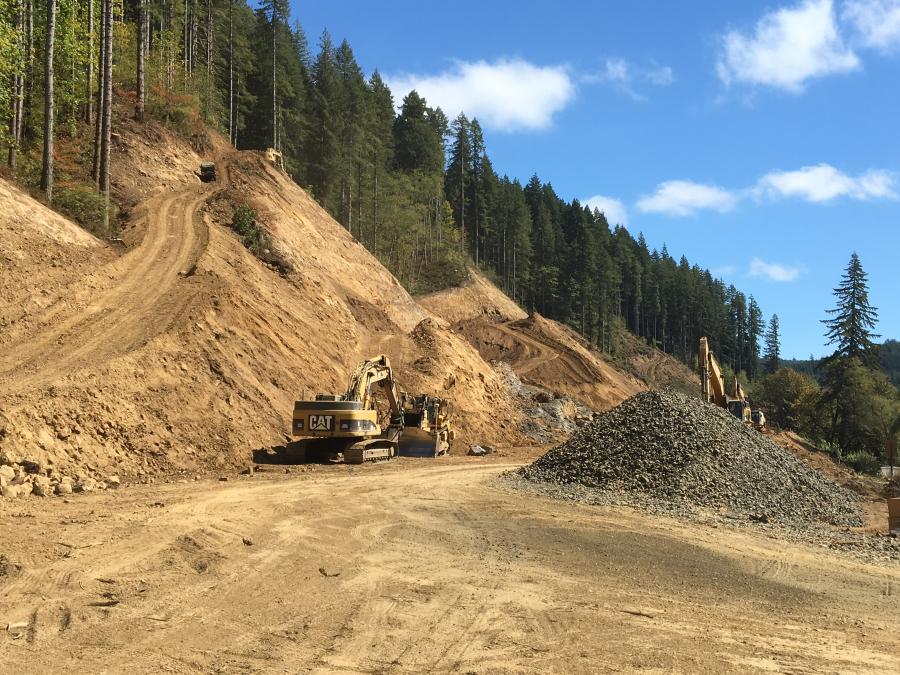 Rarely has an Oregon highway project completion been so eagerly anticipated and so long overdue, which is why the Oregon Department of Transportation is not about to let the date go without a celebration.

The project to replace 10 mi. (16 km) of narrow, twisting roadway with 5.5 mi. (8.9 km) of straighter road with passing lanes and wide shoulders has been in the works in some form or another since the environmental impact statement was completed in 2004.

Originally set to open in 2009 at a cost of $150 million, it has since more than doubled in cost, coming in at about $368 million. The project has seen lawsuits, landslides and ultimately the demolition of numerous bridges, forcing a new design.

It is nonetheless a welcome day for many Oregonians. The old stretch of road is so treacherous cars once sported bumper stickers boasting “I survived Highway 20.” And the drivers weren't kidding. The stretch of highway sees an average of 22 accidents and two fatalities annually. It parallels a river, with tight curves, thick vegetation, heavy truck traffic and a tendency to get icy in cold weather. Not exactly a relaxing drive. In just weeks, that's about to change.

“We're excavating 350,000 cubic yards of soil,” said Markus Schaaf, ODOT assistant project manager. “That filled about 35,000 regular sized dump trucks. At one point they were running just on the west end, five to 12 trucks at a time, plus dump trucks bringing in asphalt and base rock.”

On site, equipment includes excavators, loaders, large 825 compactors for the fill in the buttresses, articulated 740 off-road trucks, Caterpillar D8 and D9 dozers and road graders to grade out all the base rock.

“Half of the soil is going back into the project and to build a buttress,” said Steven Schultz, ODOT project manager. “The other half is going to go just to the west of the alignment. We own a bunch of property and are building big stockpiles of dirt.”

The current work also is some of the most intense.

“The biggest challenge is definitely the west end curve excavation,” Schultz said. “That's due to the close proximity to the roadway and the steepness of slope. We've had to move a lot of material in the 10-hour night closures. Ideally, we would work 12-14 hours shifts. But we had to work with 10 hours. It's not an easy place to work at all.”

Starting on Aug. 14, ODOT began closing the highway that runs from the Oregon Coast to the larger town of Corvallis, and also leads to I-5 Sunday through Thursday nights.

They will begin closing the road on Saturday nights now as well, Schultz said.

“The contractor is getting pressed by the weather,” Schultz noted. “We'll enforce closures through end of October if needed.”

While the highway will open to traffic, the west end tie-in will be temporary.

“That will be in place over the winter, and next summer we'll come back and finish out the tie in into the permanent alignment,” Schultz said. “Right now the last half mile of the existing highway is right next to the river. When it's finished it's going to be farther inland, which will make it a smoother transition. The quantity of work is too much to get done in one summer. But we will do as much as we can this year.”

Despite the long duration and intensity of the project, which ODOT took over from the original design-build low bidder Granite Construction Co. in 2012, ODOT is proud of its safety record. There has been only one serious injury, which occurred during a logging accident.

“Everything else has been minor,” Schultz said. “We have very few time loss injuries. Safety is very important to us. We talk about it every week at our meetings.”