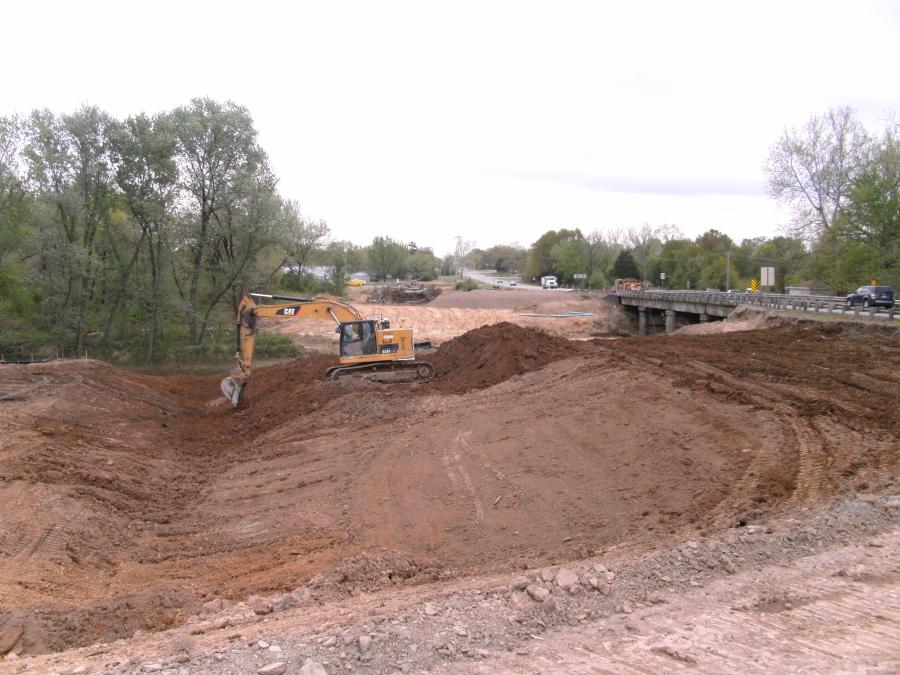 Specific elements of ODOT’s Sallisaw project include the replacement of 10 bridges, three of which experts deem as structurally deficient.

With the kickoff of the Oklahoma Department of Transportation's interchange improvements in Sallisaw, so began the highest-dollar project in ODOT's eastern central district, also known as Division 1. The $42 million project, awarded to Sherwood Construction of Tulsa, includes bridge rehabilitation and replacements as well as surface and interchange work. The undertaking, which began in mid-January, is slated for completion in early 2021.

Sallisaw, the county seat of Sequoyah County, sits at the junction of State Highways 64 and 59, nestled between Sallisaw Creek and Little Sallisaw Creek on the southern edge of the Ozark Plateau. The state line into Arkansas sits 20 mi. to the east of Sallisaw and Interstate 40 crosses the city's south side.

Construction work runs along the nearly 3-mi. corridor on I-40 from the U.S.-64 interchange toward the east end of Sallisaw to the U.S.-59 junction in an effort to eliminate congestion. Specific elements include the replacement of 10 bridges, three of which experts deem as structurally deficient. 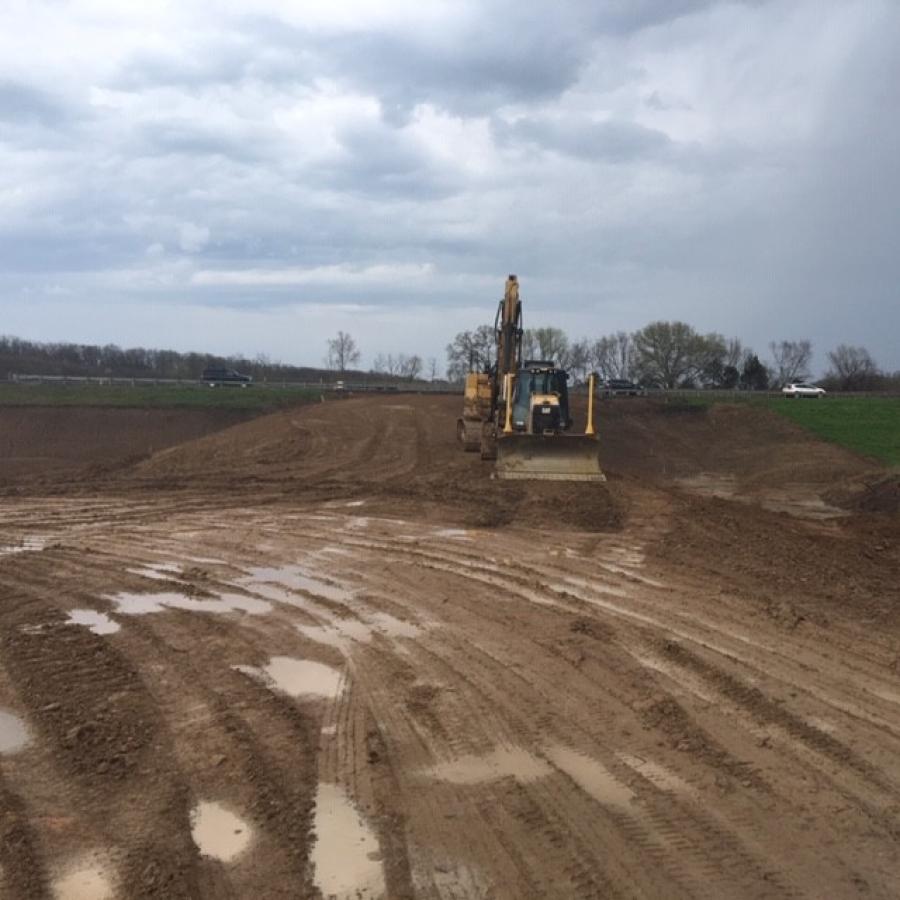 The state defines structurally deficient as those bridges with "key elements that need to be monitored and/or repaired." The elements involve rating the bridge deck where drivers travel, rating the superstructure that makes up the support immediately beneath the driving surface as well as rating the foundation and supporting posts and piers that make up the structure.

Widening ramps on U.S. 59 north from U.S. 64 addresses "geometrical challenges" and will improve merge points. The widening aspect of the project also includes utility work to replace lighting installed in the 1960's.

Sherwood Companies, awarded the contract last summer, also worked on a nearby project in the city. On Highway 59, Sherwood Companies realigned 3 mi. of highway through the side of Wild Horse Mountain. According to company site information, that project included grading cuts of more than 70 with some fill areas greater than 60 ft. Work entailed 500,000 cu. yds. of soil and rock excavation, a large portion of which workers pre-split and blasted.

Workers crushed 100,000 tons of aggregate base on site and handled 3,000 cu. yds. of concrete for the required drainage structures.

"Sherwood is on a small rockstar list of companies," with whom ODOT works, said Wallace.

Indeed. Of the nearly 6,800 bridges across the state, 1,183 were classified as structurally deficient in 2004. Now, the number of bridges in the category is down to only 169. 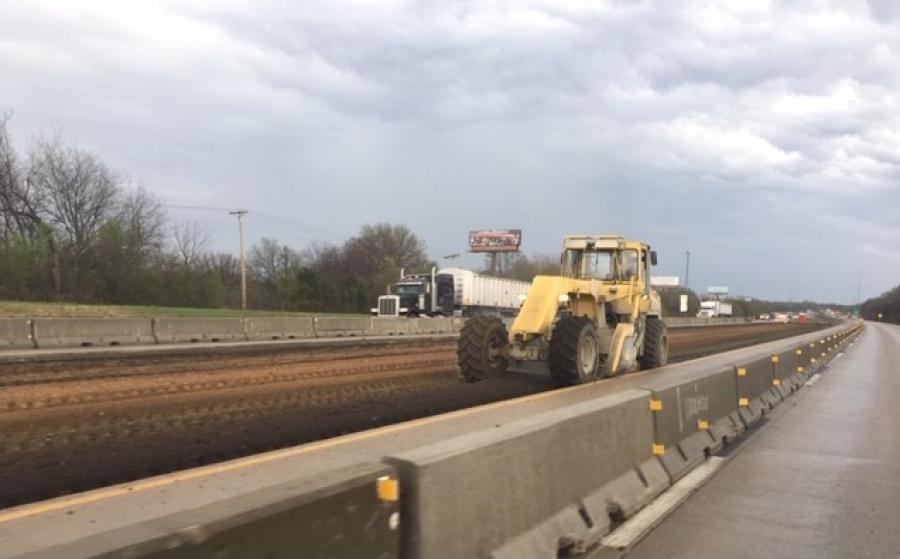 On the ground level, the state's construction work plan groups Oklahoma counties together into one of eight sections. Each division receives an ODOT budget allocation. Division 1, which includes the city of Sallisaw, sits in Sequoyah County. The total fiscal year 2019 Division 1 budget totals $70 million.

Continually working with an 8-Year Construction Work Plan report, ODOT leadership maintains an ongoing list of the "projects needed to maintain and improve the state highway system infrastructure that is critical to support a growing economy in Oklahoma," according to J. Michael Patterson, ODOT executive director, in an introductory letter included in the department's 2019-2026 Construction Work Plan.

Through data and assessment, ODOT officials identify the "needs and available resources to address those needs, which are validated and updated annually," essentially maintaining a rolling file of required work. The current Volume 16 construction work plan reflects the department's priorities and strategies in meeting the needs of the state's highway system, "but is constrained by reduced funds available in the Department" Patterson writes.

Specifics of the constraint include a current budget year impact by way of a transfer from the State Transportation Fund of more than $47 million. Oklahoma legislators, since 2010, redirected more than $886 million in transportation funds to other state priorities.

The uncertainties around state budget allocation to the transportation department speaks to the wisdom of the eight-year planning strategy. By mapping the state's highways projected resource needs, officials gain a degree of flexibility in work assignments and resource allocation. The work in Sallisaw queued to the front of the line for the start of the fiscal year in October 2018. 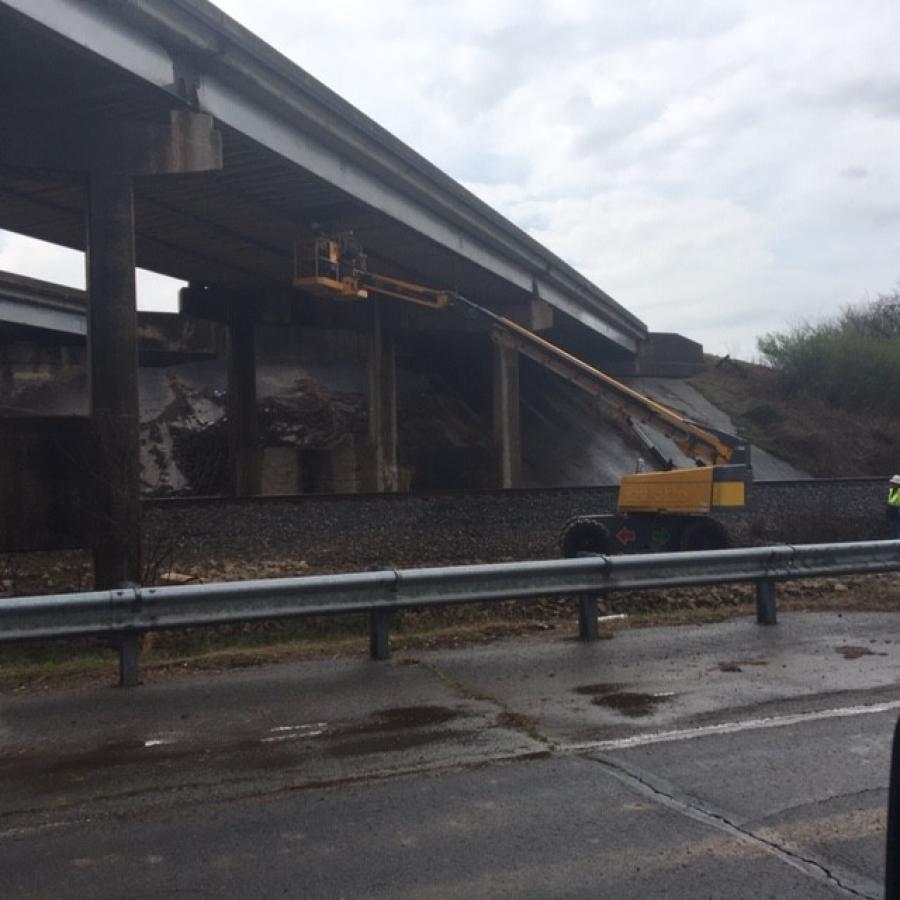 Just as the overall idea of ODOT's eight-year planning process requires accountability but also allows for flexibility. Leadership around construction and maintenance in Sallisaw pursued the work with an eye toward efficiency.

One particularly notable element of efficiency centers on the street lights in Sallisaw that, installed 50 years ago in the 1960's. While streetlights fall under the city's perview, the state's construction investment created a synergistic opportunity to upgrade the utility work.

As part of ODOT's contract with the city of Sallisaw, state and city officials spelled out authorization of "State appropriated Federal Aid Project funds for participation in the project for traffic improvements" in Sallisaw.

Finding opportunities of the sort that promote resource efficiencies works as a natural byproduct of ODOT's modus operandi. Along with expertise in their respective divisions, field engineers pursue work development and construction process plans in conjunction with civic and business community leaders. Discussions with city officials and chamber of commerce leaders centered on traffic flow and emergency service access.