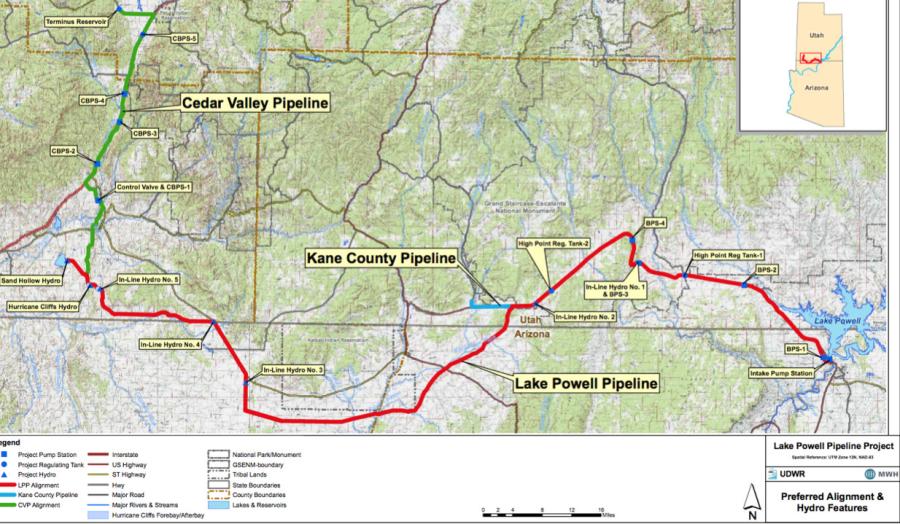 The Salt Lake Tribune reports that state officials are asking the Federal Energy Regulatory Commission to hold off on a proposed study of permitting of the 140-mi. (225 km) pipeline project.

State officials said the federal commission's study should be held up until it's determined whether the commission or other government agencies have proper jurisdiction over 89 mi. (143 km) of pipeline running downhill, not just over planned hydroelectric turbines along the pipeline.

That's after the state in 2017 requested a fast-track review.

The pipeline would deliver water to Sand Hollow Reservoir near St. George.