Ohio Has New Uses for Sediment From Lake Erie's Harbors 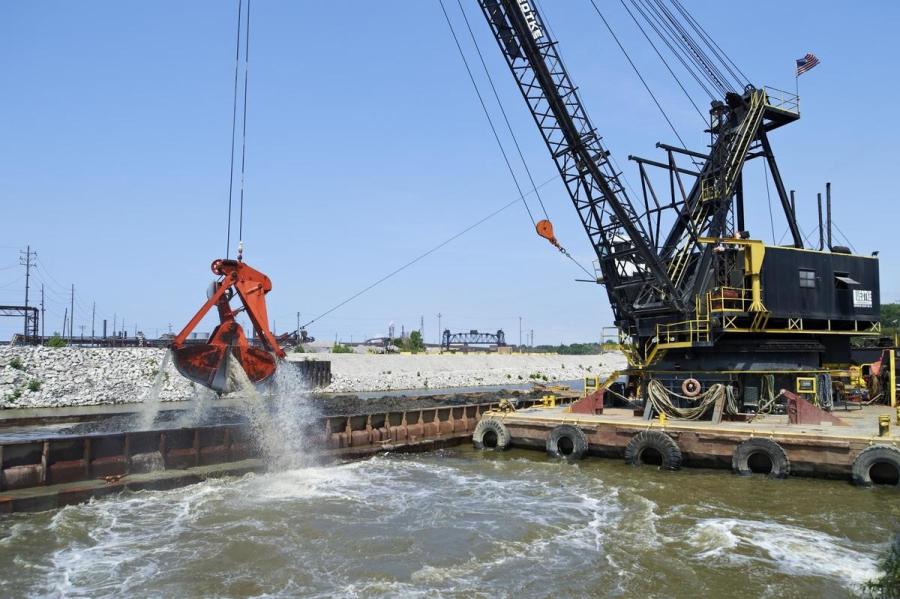 The EPA has come up with alternative uses for sediment from Lake Erie's Harbors. (Port of Cleveland photo)

TOLEDO, Ohio (AP) The federal agency that keeps open shipping channels along Lake Erie has settled a long dispute with Ohio over what to do with sand, soil and mud scooped out of Cleveland's harbor.

What's next for the state is getting rid of more than 1.2 million tons of sediment dredged from seven other ports each year before a new law bans dumping it in the lake by the summer of 2020.

Ohio's Environmental Protection Agency convinced lawmakers last year that putting the sediment right back in the lake doesn't make sense and could be contributing the toxic algae outbreaks in recent years, leading to the ban on dumping.

Now the agency is coming up with alternative uses for the huge amounts of silt.

Since the 1980s, the state EPA has wanted to stop the U.S. Army Corps of Engineers from dumping dredged sediment into the lake. Only the contaminated silt coming from the Cuyahoga River went into a contained disposal site.

The feud forced both sides to look at whether there were better ways to use the sediment instead of dumping it into the lake or the containment site. State lawmakers approved spending $10 million to research alternative uses.

Over the past two years, Cleveland has been filtering the sediment and using it in road projects and filling the basements of abandoned homes that have been torn down.

Now, about two-thirds of the sediment that would have gone into the containment site is being recycled for other uses, said Jade Davis of the Cleveland-Cuyahoga Port Authority.

That, he said, will extend the life of the containment site by at least 20 years.

With two years to go before the ban on dumping silt into Lake Erie takes effect, the Ohio EPA said it has a plan how to better use the sediment from the remaining seven harbors —the biggest amounts coming from Toledo, Sandusky, Huron and Lorain.

“We don't want to find just another place to dump it,' said David Emerman, who is overseeing the state project.

Instead, the sediment will be used to create wetlands along the lakefront, applied to farmland and low-lying fields and turned into marketable soil and can be used at construction sites or sold at nurseries, Emerman said.

One idea being looked at is building a series of wetlands near Toledo and in Sandusky Bay. The wetlands would act as natural filters for water draining into the lake and could help reduce the type of contaminants that feed harmful algae.

They also could have hiking paths and benefit wildlife and outdoor recreation, he said.

The biggest hurdle will be dealing with the huge volume of sediment. There's enough dredged from Toledo's harbor each year to fill 70,000 dump trucks.

“It's a challenge that, I think, is meetable,' Emerman said.