Ohio Invests Nearly $2B Into Transportation in 2022 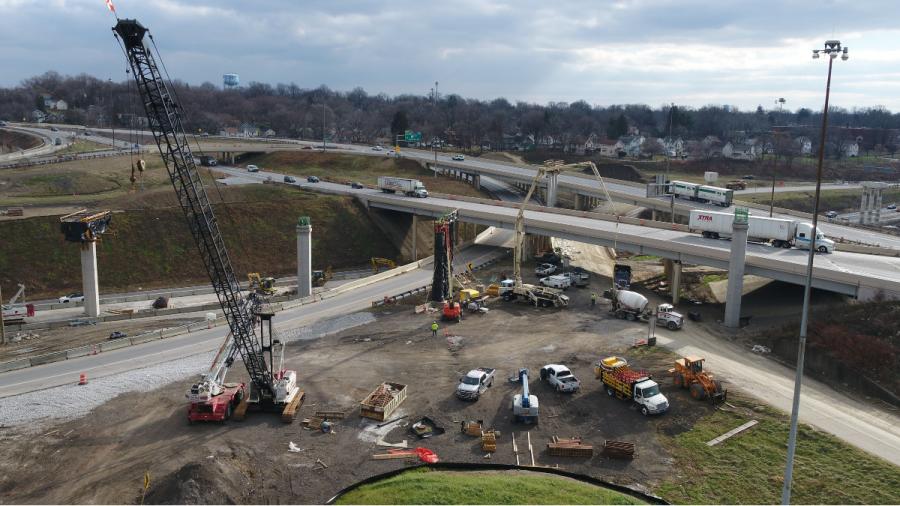 Gov. Mike DeWine announced the launch of the Ohio Department of Transportation's 2022 construction season on April 4.

This year, Ohio is investing nearly $2 billion on 829 projects across the state. Ninety-five cents of every dollar spent goes toward preserving existing infrastructure. Crews will improve 661 bridges and 7,626 mi. of pavement, enough to cover the distance from Columbus to London, England, and back. There are 222 projects aimed directly at improving safety on Ohio roads.

While overall traffic volumes in Ohio continue to trend slightly below pre-pandemic levels, truck traffic is more than 13 percent higher than the same period in 2019 and showing no signs of slowing down.

"Ohio is a state that makes and moves things, and a solid transportation system is key," said DeWine. "Our investments have made Ohio an attractive place to do business, and ongoing improvements to our roads are essential for continued economic development and the safety of our travelers."

Since the beginning of the DeWine Administration, ODOT has invested nearly $6 billion into more than 2,800 projects. These projects aren't just targeted to motor vehicles. More than $450 million has been spent on safety projects like Safe Routes to School and nearly 400 pedestrian safety projects in Ohio's eight largest cities where these types of crashes are far too common, and dozens of intersections with a history of serious or deadly crashes.

"Safety has been the top priority since the first day of the DeWine administration. We're constantly looking for ways to better engineer our roads to ensure they're as safe as possible for those who use them each day," said Jack Marchbanks, ODOT director. "However, drivers have an important role to play too. We need every motorist to buckle up, obey the speed limit, drive sober and drop the distractions."

Work zone safety is another major focus this year. Last year, there were 4,796 crashes in Ohio work zones, 35 percent of them occurred with workers present. Sadly, 30 people were killed in 26 of those crashes. ODOT workers, vehicles and equipment were hit 154 times last year.

"The men and women working on these construction projects are doing dangerous work. Motorists can make it less dangerous by paying extra attention, moving over and slowing down when they see our crews," Marchbanks said.

Speed is one of the biggest issues in work zones. In 2021, the Ohio State Highway Patrol issued 6,015 citations in work zones with 41 percent being more than 20 mph over the posted speed limit.