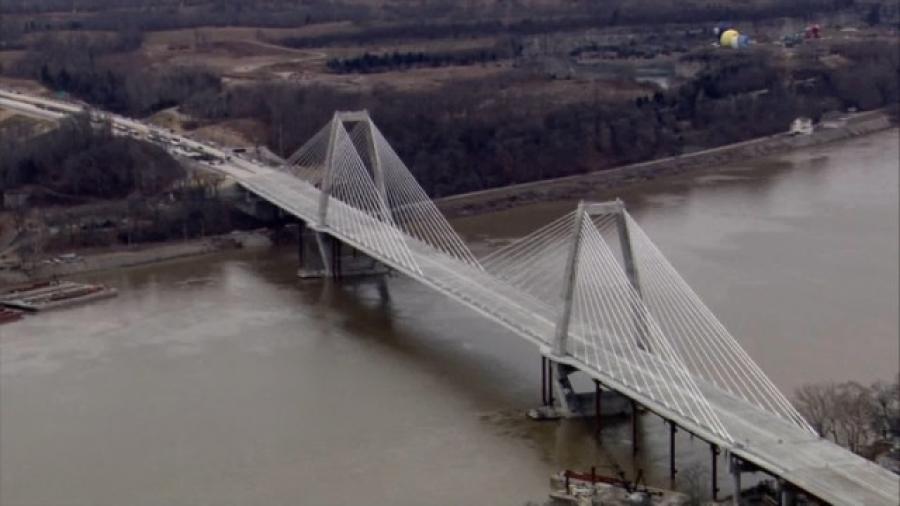 The new Lewis and Clark Bridge is sparking development of three hotels and several other projects. (wslmradio.com photo)

JEFFERSONVILLE, Ind. (AP) A new bridge spanning the Ohio River between Indiana and Kentucky is sparking development in the city of Jeffersonville, where three hotels and several other projects are in the works.

Plans filed with the Army Corps of Engineers show three hotels, three restaurants, a bank and a convenience store are slated for a 16-acre site that's about three miles from the new Lewis and Clark Bridge.

The development site just north of Interstate 265 is owned by a group headed by Edward Britton. He tells the Courier-Journal of Louisville, Kentucky, the site's development is expected “in the next year or so.”

The bridge opened in December and links the Utica, Indiana, area with the Prospect, Kentucky area. It's one of multiple bridges connecting southern Indiana with the Louisville metropolitan area.