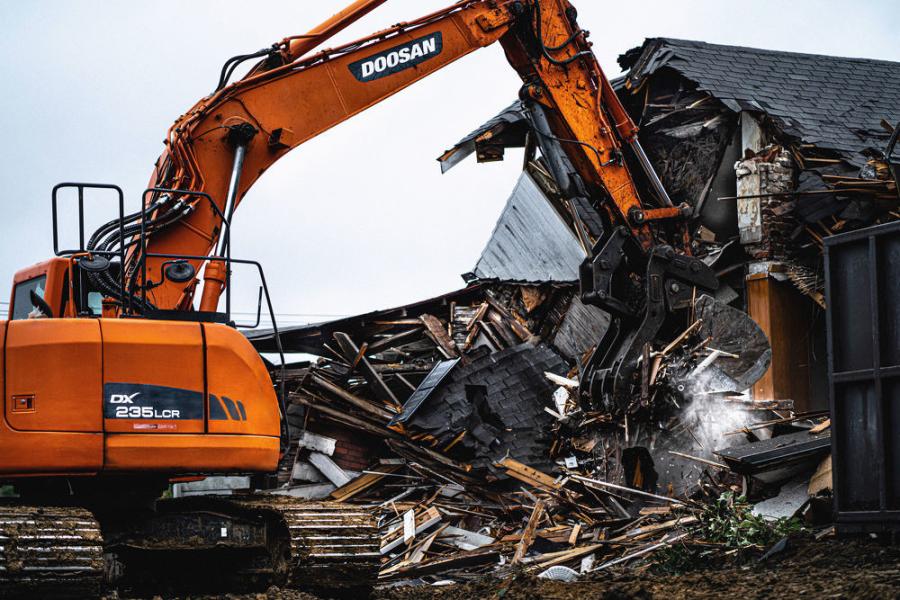 The reduced-tail-swing Doosan excavator was key in removing the dirt and debris.

Out with the old, in with the new. That is what demolition is all about. Last fall, Ronco Construction got to work removing the old in its hometown of Omaha, Neb.

A construction project in the "Gateway to the West" required demolishing existing buildings to make way for a residential project that was bringing new housing options to the neighborhood. Ronco Construction was the perfect fit for the job.

This job is one that is close to home for Ronco Construction — literally. Founded in 1976, this general contractor has been a fixture in the Omaha community for decades. The firm works throughout the Midwest, which isn't surprising given its vast expertise. It has a versatile construction portfolio: commercial buildings, multi-family buildings, tenant improvements and new construction.

"We set a pretty high bar. We like to be the standard," said Mitch Tomcak, superintendent of Ronco Construction.

Tomcak has been with the company since 2017 and helps complete jobs in the Omaha area, which continues to give Ronco contracted work to keep it busy. Ronco Construction has more than 80 employees, including office and field staff that help to operate all sizes of projects.

"We've got people that will just do the remodels or smaller buildings," Tomcak said. "And then there are people who do the larger projects. And we have employees that just do the in-between jobs. I've done everything from an eight-story building to a five-story hotel. I'm doing a smaller, 10-plex townhome at the moment."

For Ronco Construction, this Omaha demolition work was exactly what it was made for. The job called for the demolishing of the existing buildings on four lots to make way for some new residences. 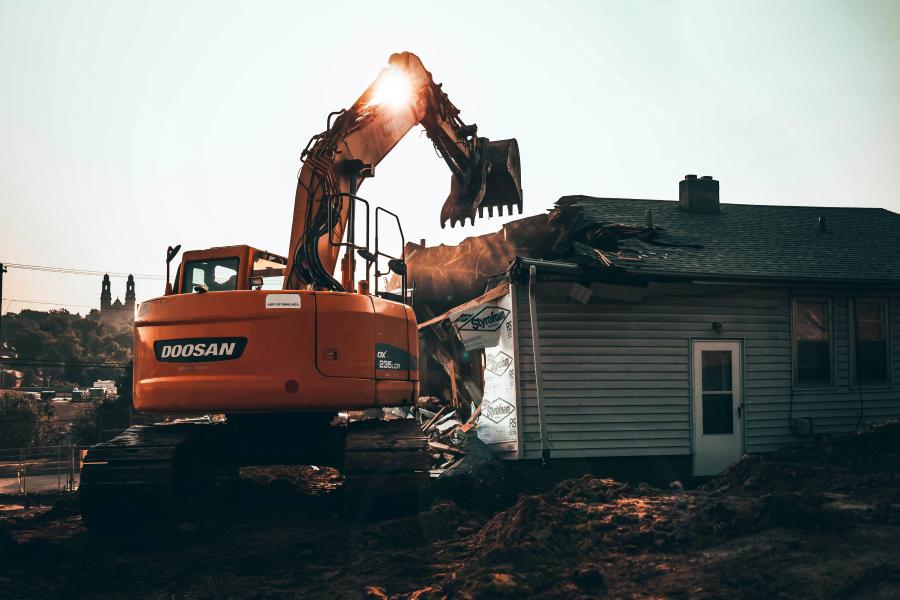 The demolition was only the first part of this undertaking. Tomcak worked with the jobsite foreman and the team to prepare the site for rebuilding and constructed the new townhomes as well.

"Two of the lots were older houses, probably from around the ʼ40s or ʼ50s," Tomcak said. "The other two lots were places from the ʼ60s or ʼ70s that this owner purchased. We came in and demoed these houses to make room for a 10-plex townhome."

The demolition was a quick process, done in two days.

"We did it in two phases," Tomcak said. "Two houses, then the two duplexes. Both houses in each phase were toppled in a day. Then, it was about two days to clean up and haul out."

This part of the process was quick for a reason. Not only is it quicker to tear something down than to build up, but it also makes things safer if you get it down quickly and correctly.

"When you get a permit for this type of demolition, you have 24 hours from when it's issued to topple the buildings, which is why we had to do it in two phases," Tomcak said. "They don't want you to just take one wall out and have half a freestanding building there for somebody to get hurt. You gotta bring the whole thing down within a certain amount of time."

Another factor of the teardown was the jobsite environment. The demolition project took place within the city, at 46th and Saddle Creek Road, making space a limiting factor.

"It definitely limited who we could have doing the job," Tomcak said. "Since there's only so much room and then it's on a pretty big hill. So, as we came down, we had to do dirt removal at the same time."

Despite the obstacles, the demolition was successful and the next stage of building can begin. But the team has a little more time to work with now. The new residential job is slated to be finished in October 2021.

"It's a pretty new construction site," Tomcak said. "At this point, we haven't even started the actual building itself. We're just doing prep and the dirt work; no walls at this point."

Being general contractors, companies like Tomcak's often don't have the luxury of selecting their equipment for the job. They rely on their partners, such as subcontractor Doll Construction, to supply the machines. This job was no exception. 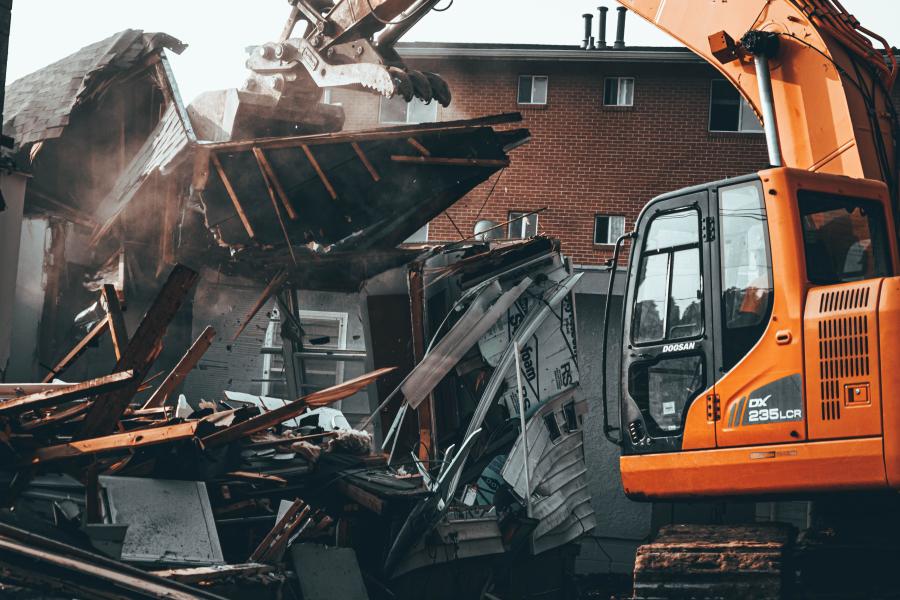 "We use mostly rental equipment," Tomcak said. "You get what they bring you. You don't have much choice in the matter; you kind of just work with what you're given."

This means Tomcak has learned to be well-versed in all types of machines and how to make the most out of the tools he has to work with.

For this Omaha demolition project, Tomcak's team was equipped with a fleet of equipment that included a

DX235LCR-5 crawler excavator paired with a bucket and thumb. The reduced-tail-swing Doosan excavator was key in removing the dirt and debris. The machine was a good fit for the job requirements and the job site.

Just because Tomcak doesn't get to pick his equipment for a job doesn't mean he and his team don't appreciate a good machine. With the DX235LCR-5 excavator on this job, they found "it made it more of a comfortable operation."

As they go forward with the site preparation and build, the machines may change but Tomcak and his team are ready. Demolition is all about change, and demolition is what they do best.