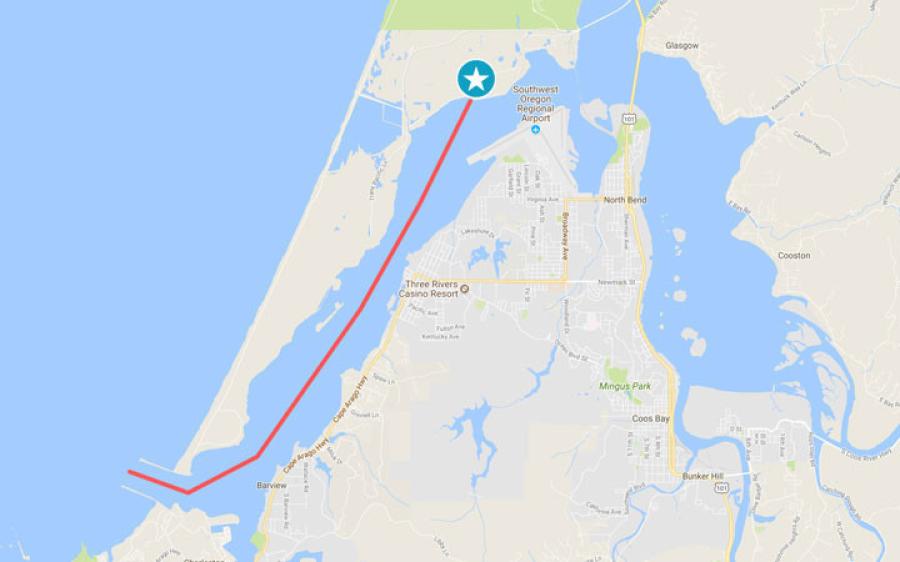 The Oregonian/OregonLive reported that in a letter to the project backers of the Jordan Cove liquefied natural gas (LNG) export terminal the agency said it "does not have a reasonable assurance that the construction and authorization of the project will comply with applicable Oregon water quality standards."

The agency is in charge of administering the federal Clean Water Act in Oregon and the certification is required for the U.S. Army Corps of Engineers to issue permits for the project.

Opponents of the controversial project applauded the decision, but it is not a deal killer. Jordan Cove can request a contested case hearing within 20 days. The state agency also said it was making its decision "without prejudice," meaning the company can resubmit a new application.

This isn't the first time the project has faced regulatory opposition. Federal regulators denied a license for the project in 2016 because backers didn't show sufficient demand for the facility to overcome the impacts of the pipeline on landowners. Various iterations of the project have been under consideration since 2004.

The agency said it was denying the application because there "is insufficient information to demonstrate compliance with water quality standards, and because the available information shows that some standards are more likely than not to be violated."

Specific concerns included impacts on water quality from construction and operation of the Pacific Connector pipeline. The 36-in. diameter pipe would affect more than 352 bodies of water and traverse mountainous, landslide-prone areas in its 230-mi.path from an interstate gas hub in Klamath County to the proposed export terminal in Coos Bay. It would also need a 95-ft. right of way across Southern Oregon, a massive path that would require clearcutting timber and building roads.

DEQ also raised concerns about the release of drilling materials from the crossing of the Coos Bay estuary.

"Today's denial is great news for our Klamath Tribal members and other Oregon citizens that have been concerned about protecting fisheries and Oregon's waters," Don Gentry, chairman of the Klamath Tribes, said in a news release. "The impact this project would have on our waterways is only one of many reasons the Jordan Cove LNG project should be stopped for good. The Klamath Tribes are very encouraged that the state of Oregon is making this move to protect clean water, cultural resources and our traditional territory."

The project's Calgary-based owners, Pembina Pipeline Corp., announced that they were delaying their final decision on the project for a year and slashing their forecast spending as they waited for federal and state permits.

"Pembina's Management team is working to better understand this decision and its impacts and will communicate updates when appropriate," said Tasha Cadotte, a spokeswoman of the company.

DEQ said it had expected to issue its decision on the permit in September, but accelerated the process in order to assure it doesn't unintentionally waive the state's authority to review the project's water quality impacts. The Corp of Engineers had originally instructed DEQ to complete its review by May 7, 2019, but extended that date until September after Jordan Cove withdrew and resubmitted its application. DEQ said recent court decisions have raised questions about whether that extension was valid, so it made its decision by the original deadline.