Oroville Exposed: The Damage Done to the Nation's Largest Dam 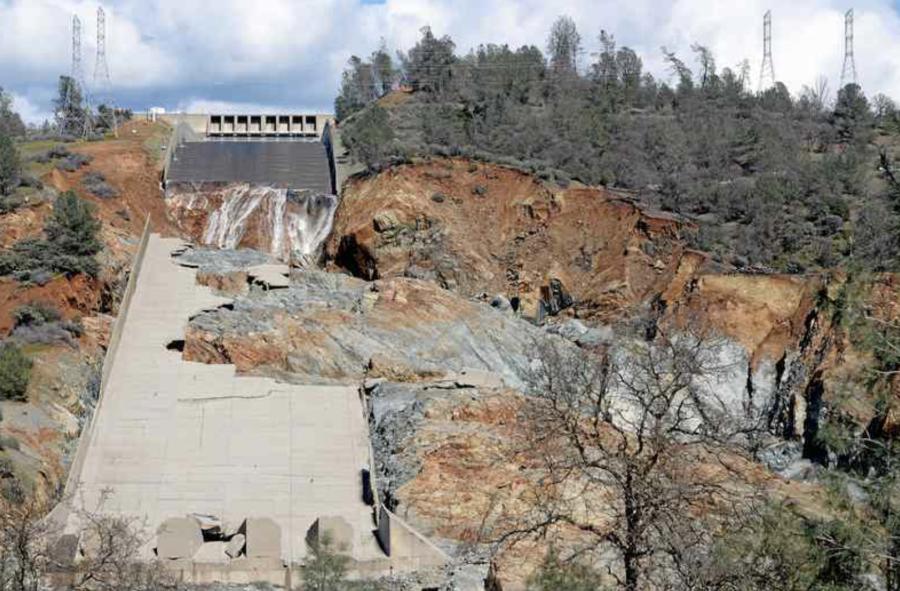 Damage to the spillway.

The real extent of the damages done by recent heavy rain to the Oroville dam has been exposed as the state Department of Water Resources halted the water flow down Lake Oroville's spillway.

The department will concentrate on removing the debris in the Diversion Pool in order to make the power plant operational again.

DWR spokesperson Lauren Bisnett said the department estimated at 3 p.m. March 1, that there was 500,000 to 1 million cubic yards of debris in the Diversion Pool. The higher figure is the equivalent of a football field stacked 470 feet high with debris, she said.

Acting Director Bill Croyle stated in a press conference on Feb. 26 that the department hoped to have the power plant operating at some point that week.

He said the department may not go “full blast,” or 15,000 cubic-feet per second, right away through the powerplant. Previously a department spokesperson said the maximum flow from the plant was 13,000 cfs.

When asked how many turbines were operational, he said one of the six was not. To compensate for the stopped spillway flows into the river, the department is ramping up releases from the Thermalito Afterbay, Croyle said.

The lake's surface was at 838 feet of elevation. That's 63 feet below its 901-foot capacity, which when exceeded causes flows to go down the problematic emergency spillway as happened a week and a half ago, triggering evacuation orders for more than 180,000 people.

With the spillway turned off, there's still enough space in the lake to handle more than 40 days at the current rate of inflow without filling, the DWR said.

Lowering flows will allow the department to see if it's possible to operate the spillway with flows lower than 50,000 cfs without causing further damage to the structure, Croyle said.

“Our goal is to better understand the dynamics of that spillway,” he said.