Peak Construction Set to Begin on $1.6B Mazda Toyota Plant 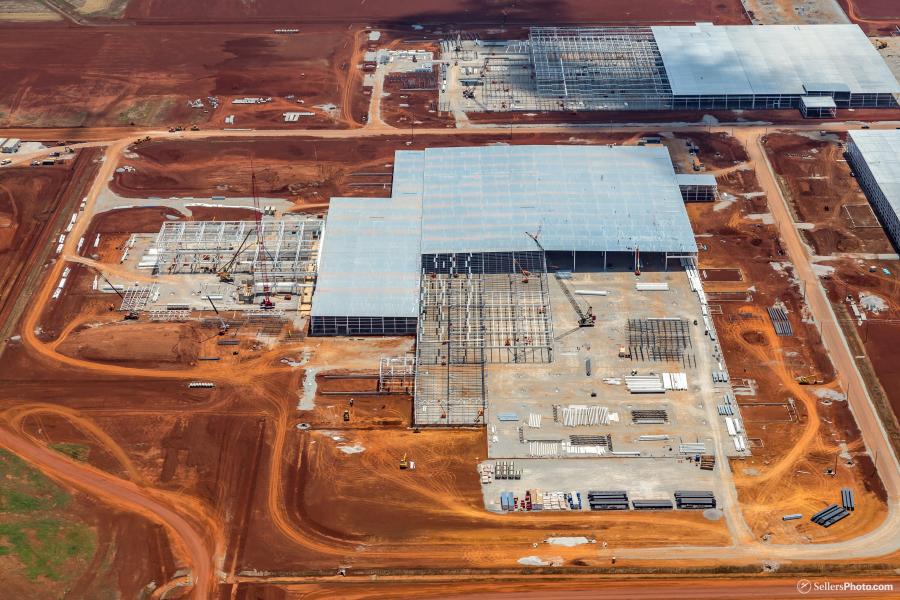 Peak construction will begin within the next month at the $1.6 billion Mazda Toyota Manufacturing, U.S.A. Inc. (MTMUS) facility in Huntsville, Ala., (Limestone County). At that time, up to 2,500 workers will be on site and 70 percent of those workers will be from the state of Alabama.

According to Victor Vanov, corporate communications, Toyota Motor North America on assignment at Mazda Toyota Manufacturing, the property site covers 2,400 acres. A total of 1,600 steel beams will be used for the 3.1 million sq. ft. facility.

Ground was broken on Nov. 16, 2018, and despite a heavy rain season, the project remains on schedule. The first steel beam on the project was installed on April 23, 2019, which team members celebrated with a small gathering at the plant site. 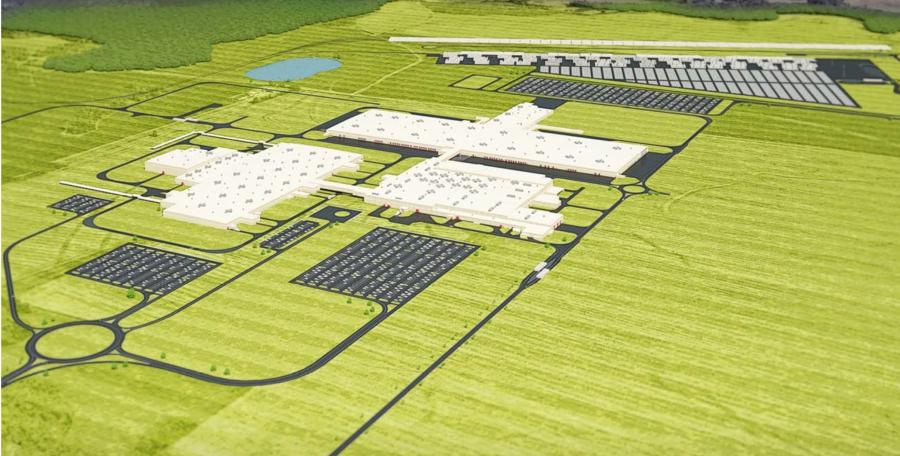 He reported that up to 4,000 people will be hired for the start of production in 2021. The plant will have the capacity to assemble up to 300,000 Mazda and Toyota vehicles annually.

"In a nod to HSV's legacy as an innovative city, we named our two production lines Apollo and Discovery," Vanov said.

Mark Brazeal, vice president of administration at MTM, spoke about "the scores of brilliant men and women who worked tirelessly to further mankind's progress and exploration into the unknown" that gave the team motivation.

Apollo was the National Aeronautics and Space Administration's (NASA) program that resulted in 12 American astronauts walking on the moon. The Space Shuttle Discovery completed 39 successful missions, surpassing the number of flights made by any other orbiters in NASA's fleet. Discovery also launched the Hubble Space Telescope into orbit and was the first American Spacecraft piloted by a woman, Eileen Collins.

Construction contracts for the project were reportedly awarded to companies including Aristeo Construction, a certified WBE general contractor and Indiana Bridge, an MBE structural steel supplier.

"Every aspect of MTMUS's business must closely reflect our customers' diverse backgrounds and experiences, including our team members, suppliers and business partners," said Mark Brazeal, vice president of administration of MTMUS. "Together with our general contractors and structural steel supplier, we have set an ambitious target that will set the foundation for MTMUS's future to compete as a world-class manufacturer of vehicles." 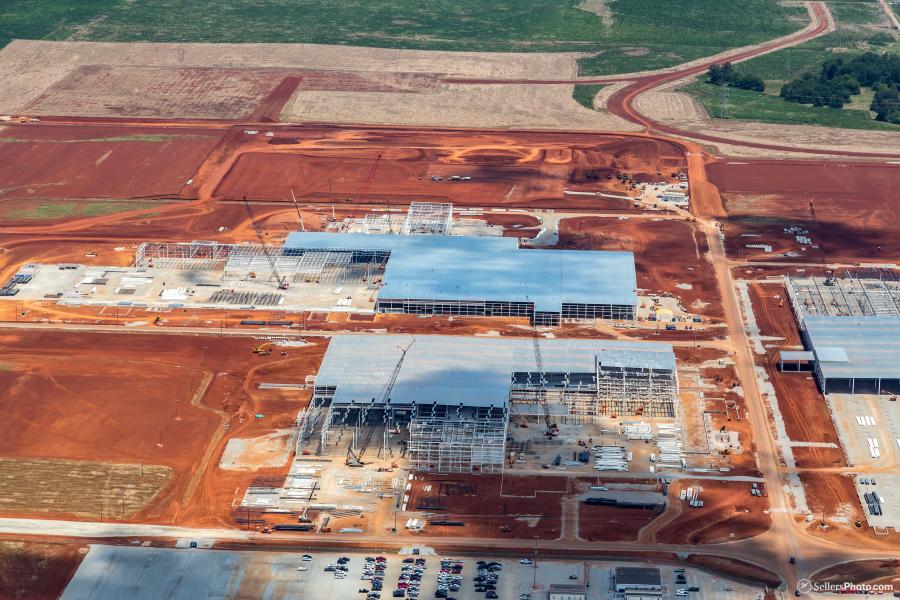 "We hope to make MTMUS a plant that will hold a special place in the heart of the local community for many, many years," said Mazda's executive officer Masashi Aihara, who serves as president of MTMUS. "By combining the best of our technologies and corporate cultures, Mazda and Toyota will not only produce high-quality cars but also create a plant employees will be proud to work at and contribute to the further development of the local economy and the automotive industry. We hope that cars made at the new plant will enrich the lives of their owners and become much more than just a means of transportation."

In December 2018, MTMUS announced a $6 million conservation agreement to protect the spring pygmy sunfish and its unique habitat adjacent to the auto plant site. The nearby Beaverdam Spring and Creek Complex is one of two known locations in the world where the sunfish lives.

The agreement is with the Center for Biological Diversity and Tennessee Riverkeeper (Conservation Groups). It is designed to protect and restore the habitat of the sunfish, protect against long-term risks to the sunfish and its habitat and provide funding for measures to be used for the benefit of the sunfish over the long-term.

"We are proud to be here with Toyota, with whom we share the bond of pride in manufacturing," said Kiyotaka Shobuda, Mazda's senior managing executive officer at the groundbreaking. "We are proud to be breaking ground on a new ‘home' here in Huntsville — a city that believes in the possibilities of technology and manufacturing, and has striven to realize mankind's greatest dream." 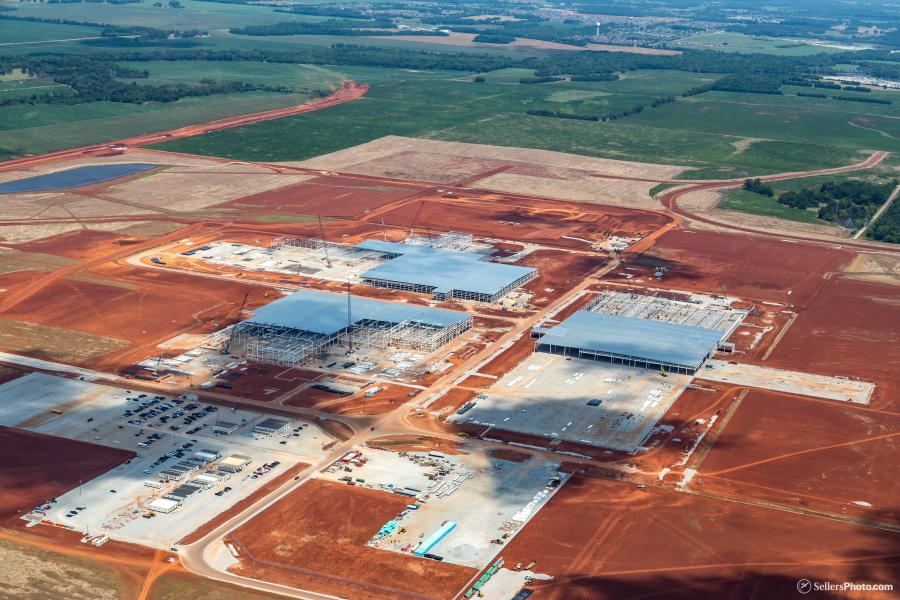 "It is extremely special to have a partner like Mazda to team up with not only to make the highest-quality cars, but also to create a plant that team members are proud to call their own," said Jim Lentz, chief executive officer, Toyota Motor North America. "As we've seen at our Huntsville engine plant, Alabamians are a proud, talented, hard-working group. We are excited to continue our deep investment in the U.S. and Alabama and see nothing but a bright future."

According to an MTMUS release, the 1,600 steel beams in the construction would stretch 15 mi. (80,000 ft.) into space if there were stacked upright. The 26,000 tons of total steel used will equal 52 million lbs. or the weight of 10.4 million average-sized bricks. The building size, 3.1 million sq. ft., would fit 65 football fields inside.

Site preparation included the grading of 3.0 million cu. yds. of dirt, enough to fill the Empire State Building twice. A total of 150,000 cu. yds. of gravel was poured to create the plant foundation, equal to filling 46 Olympic-sized swimming pools.

Mazda Motor Corporation, based in Hiroshima, Japan, was established in 1920 and became a vehicle manufacturer in 1931, when it began producing three-wheeled trucks. Mazda began selling vehicles in North America 50 years ago this year, with the establishment of affiliate companies in Canada (Mazda Canada, Inc.) in 1968, in the United States (Mazda Motor of America, d/b/a Mazda North American Operations) in 1970 and in Mexico (Mazda Motor de Mexico) in 2006.

Currently, Mazda does business in more than 130 countries around the world and produces vehicles in Japan, Mexico, China and Thailand. Building passenger cars, commercial vehicles, and crossover SUVs, with an emphasis on the driving experience and a focus on design, engineering and efficient manufacturing, the company sells more than 1.55 million vehicles annually.

Toyota has been a part of the cultural fabric in the United States and North America for 60 years and is committed to advancing sustainable, next-generation mobility through Toyota and Lexus brands. During that time, Toyota has created a tremendous value chain as teams have contributed to world-class design, engineering and assembly of more than 36 million cars and trucks in North America, where it operates 14 manufacturing plants (10 in the U.S.) and directly employs more than 47,000 people (more than 37,000 in the U.S.). Its 1,800 North American dealerships (nearly 1,500 in the U.S.) sold more than 2.7 million cars and trucks (2.4 million in the U.S.) in 2017 — and about 87 percent of all Toyota vehicles sold over the past 15 years are still on the road today. CEG