Penn claims this is the largest single concrete pour in city history. 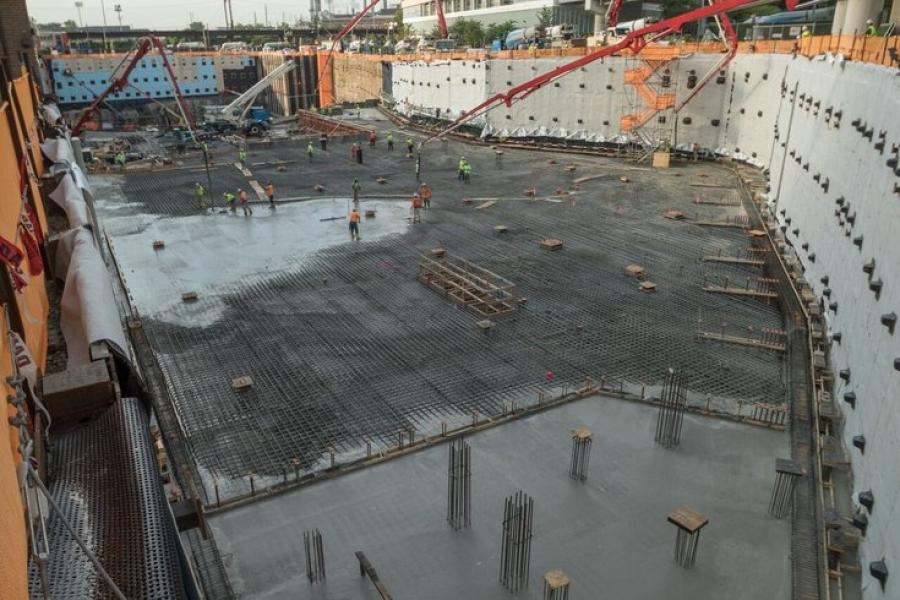 Penn Medicine set a Philadelphia record the weekend of July 8 — not for anything health-related, but instead for a construction feat.

The pour obviously required a lot of manpower and quite a bit of — you guessed it — concrete. Some of the sheer numbers:

On Tuesday, July 11, Penn released a time-lapse video of the pour, which you can watch below:

It appears the record Penn broke was that set by construction for the W and Elements Hotel at 15th and Chestnut streets. That pour, which took place in August 2016, dumped 5,850 cubic yards of concrete onto the site, according to Philly Curbed.

Penn Medicine's New Patient Pavilion will be a 17-story facility and will include 500 inpatient rooms, an ER and a hub that will connect it to other parts of the hospital's campus. It's set to open in 2021.