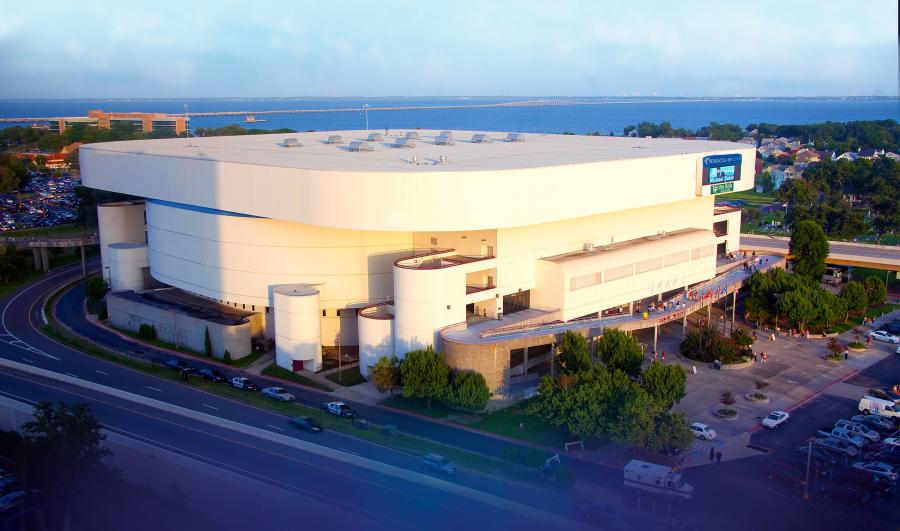 The new arena would replace the Bay Center, which opened in 1985. (pensacolabaycenter.com photo)

PENSACOLA, Fla. (AP) Mayor Ashton Hayward said the city is in the early planning stages on a new arena if it can attract a basketball team.

Hayward told the News Journal that plans to build the new arena are contingent on the NBA's New Orleans Pelicans selecting the city for its G League team. The G League is the developmental league for the NBA.

Hayward also said a public-private partnership to finance construction is being considered.

The arena would replace the Bay Center, which opened in 1985. Michael Capps, assistant general manager of the Bay Center, said the team could play at the arena but renovations that would cost $570,000 to $1.8 million would be needed.

The Bay Center already hosts a minor-league hockey team and other local events.