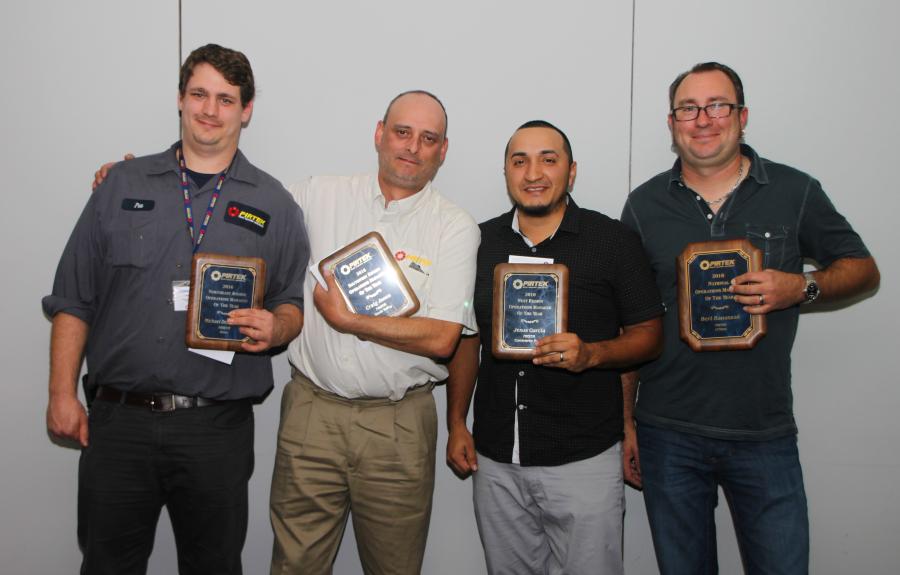 PIRTEK USA has honored Bert Banaszak of PIRTEK O'Hare in Chicago as its National Operations Manager of the Year. Banaszak and several other managers received awards during PIRTEK's 2016 Operations Managers Conference on Nov. 5 in Cocoa Beach, Fla. The 15th annual meeting gave operations managers from around the country an opportunity to network and learn best practices from one another.

“It was great being named ops manager of the year,” Banaszak said. “I've been with the company a long time, starting out as a technician, and I've served in a number of different roles. A conglomeration of all those things has helped me understand what it takes to get the job done.”

PIRTEK's National Operations Manager of the Year is based on counter sales and other criteria, including core product sales, teamwork, image and best practices.

Banaszak's approach to operations management is to make coaching one of the most pervasive features of his work. “I'm a true believer in managing 25 percent of the time and coaching 75 percent,” he said.

Banaszak also credited his shop manager, Rick Fender, whom he says has been a major help in the location's success.

PIRTEK also presented a pair of service awards to Chris Cortes, PIRTEK Madison Heights, for 15 years of service, and another to Mike Byers of PIRTEK Westland for 10 years.