PIRTEK USA Continues to Expand With Launch of Hose Service in Rockford, Ill. 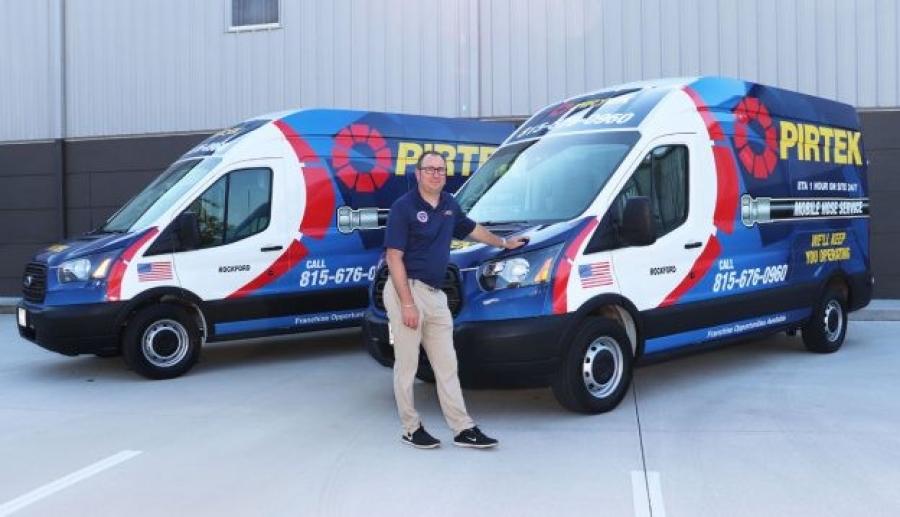 PIRTEK Rockford, which provides onsite hydraulic and industrial hose service to businesses in Rockford, Ill., is now open for business. Bert Banaszak, new owner of the mobile-only service, previously served as a branch manager at another PIRTEK location in the Chicago area.

With the addition of PIRTEK Rockford, there are now six PIRTEK locations in Illinois and 85 across the country. Rockford is the largest city in Illinois outside the Chicago metropolitan area and the third-largest in the state.

"We just saw a void that needed to be filled," Banaszak said. "I'm excited about this market opportunity. As a business owner my philosophy is simple: Provide excellent service and be fair to everybody."

PIRTEK specializes in hydraulic and industrial hose service through its locations across the country. PIRTEK team members also are available 24/7 to provide on-site repairs to hydraulic and industrial hoses, due to the company's specially equipped mobile service vehicles. PIRTEK boasts more than 400 franchise locations in 23 countries around the world.

The new location opened under PIRTEK USA's mobile-only Tier 2 program. The Tier 2 option enables business owners to launch a franchise at a lower initial cost. A franchisee can keep the inventory in a small warehouse or storage facility and lease two vehicles. The standard Tier 1 model requires a franchisee to have a full service and supply center staffed with six team members and at least two mobile service vehicles. Tier 2 owners are expected to advance to a Tier 1 location in three years.

Banaszak started working at PIRTEK O'Hare in 2000. He was a tech for 12 years and later moved into outside sales. During his career at PIRTEK, he has managed locations and field-tech teams at one of the busiest centers in the country.

Infrastructure is among the many industries the new location will serve. "There are so many aging roads and sewer mains here," Banaszak said. "We already provide a lot of service for the contractors who perform all that infrastructure work."

Banaszak said he expects manufacturing to comprise the single-largest portion of PIRTEK Rockford's customer base. His location also will pursue work in food services facilities: lift tables, mixers and other equipment that uses hydraulic power.

"Rockford has been up and coming for a number of years," Banaszak said. "Companies we work with already have branches there. During the past few years, they've been ramping up, so it's good timing."