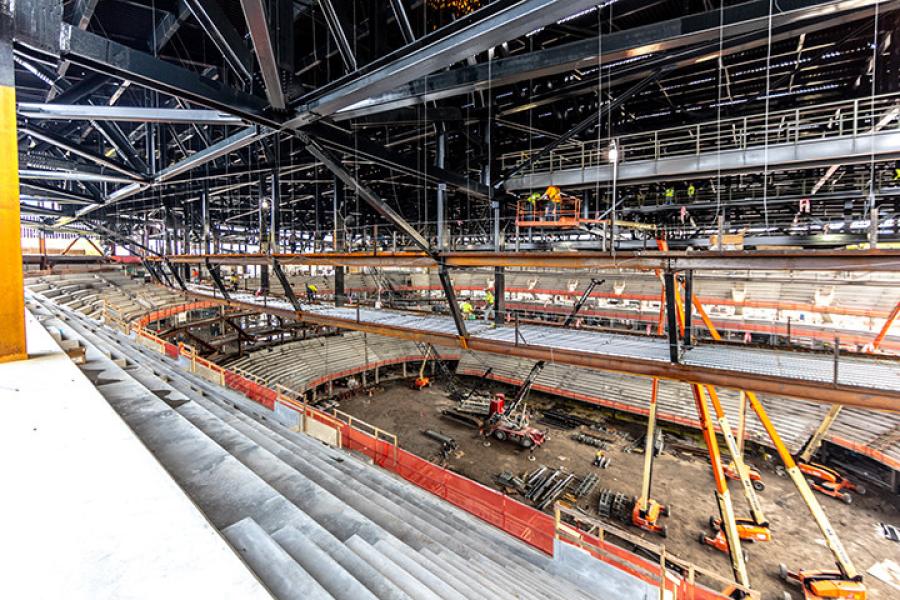 State officials required Olympia Entertainment to remove the contaminated soil during construction of the $863 million arena, The Detroit News reported.

Through careful planning, Little Caesars Arena has successfully avoided a toxic vapor issue that has plagued more than 4,000 sites throughout Michigan.

State officials required Olympia Entertainment to remove the contaminated soil during construction of the $863 million arena, The Detroit News reported. According to the state's Department of Environmental Quality spokeswoman Tiffany Brown, the dirt on the site specifically contained “polynuclear aromatics, metals and petroleum-related volatile organic compounds.”

However, this issue is one that many construction sites face, said Brett McWethy, an Olympia Entertainment spokesman.

“As is common with such large-scale, urban projects, construction included the comprehensive removal of existing fill from the property,” said McWethy. “This process was fully documented in previous filings with the Department of Environmental Quality, and the successful removal and remediation was certified by thorough lab testing, which was also submitted and verified by DEQ,” The Detroit News reported.

Removing the contaminated soil was especially important for this project, as the arena's main floor and lower portion of seats actually sit 37 feet in the ground, The Detroit News reported.

Once the site's dirt was contaminant-free, the Department of Environmental Quality took it off of its list.

“Based on the actual construction of the arena, the limited depth and extent of the detected contaminants, and the overall amount of soil, which was excavated during construction, the department is currently not aware of any vapor intrusion at the site,” said Brown.

Construction of the arena, which is the new home of the Detroit Pistons, was completed in mid-September, when the facility received a temporary certificate of occupancy just in time for the Kid Rock concert held there Sept. 12.

Located in Midtown Detroit, work began on the Little Caesar's Arena in April 2015. The arena replaced both the Detroit Red Wings' Joe Louis Arena and the Detroit Pistons' The Palace of Auburn Hills.

The Little Caesar's Arena is constructed as an eight-story bowl, with its floor 40 feet below street level with seating capacities of 19,515 for ice hockey and 20,491 for basketball. The bowl also features a “gondola” seating level suspended above the stands. In addition, the rink serves as the home of both Little Caesars AAA Hockey Club and Little Caesars Amateur Hockey League as well.