Port Canaveral Gets to Work on $150M Terminal Amid Other Projects 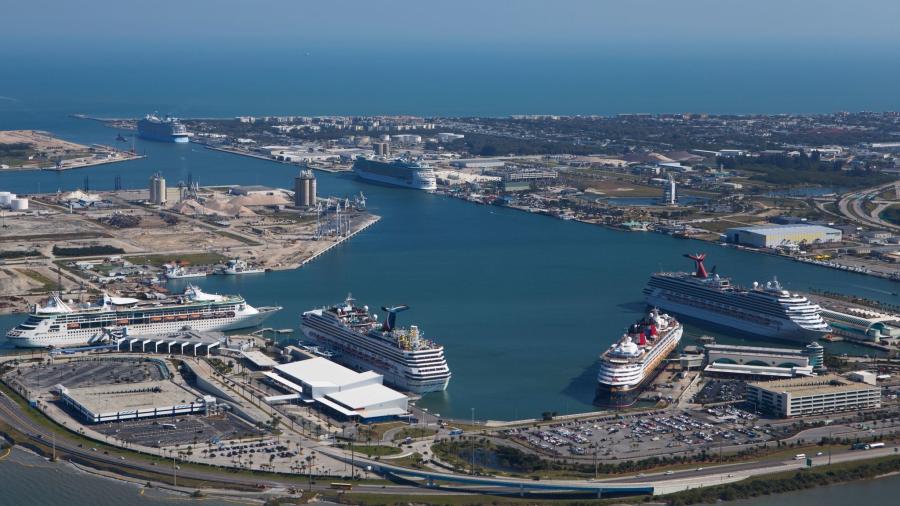 Construction will soon begin on a cruise terminal complex at Florida's Port Canaveral.

Construction will soon begin on a cruise terminal complex at Florida's Port Canaveral. The $150 million Cruise Terminal 3 project will be the largest one in the Port's history, Florida Today reported.

On March 28, port commissioners approved a demolition contract for the existing Cruise Terminal 3.

“This is the largest program we've ever undertaken here at the port, so we're very excited about it,” said Bill Crowe, senior director of facilities at Port Canaveral, to port commissioners.

In Sept. 2017, architectural firm Bermello Ajmil & Partners of Miami was chosen to perform the lead design work for the new terminal. The project's design work is now about one-third complete, Florida Today reported.

In addition, Frank-Lin Services of Brevard, from Melbourne, have been contracted for $210,000 to demolish the existing terminal. Their bid was the lowest of 14 submitted.

Other contracts will be awarded between May and August 2018 for:

A projected completion date has been set for Dec. 2019, Florida Today reported.

But Cruise Terminal 3 isn't the only major project happening around the Port. Other cargo and infrastructure initiatives totaling more than $38 million will continue through 2019, Florida Today reported.

Here's a roundup of some of the other Port Canaveral projects: