The crack appeared after Hurricane Maria dumped more than 15 in. of rain, filling the 90-year-old dam’s reservoir to capacity. 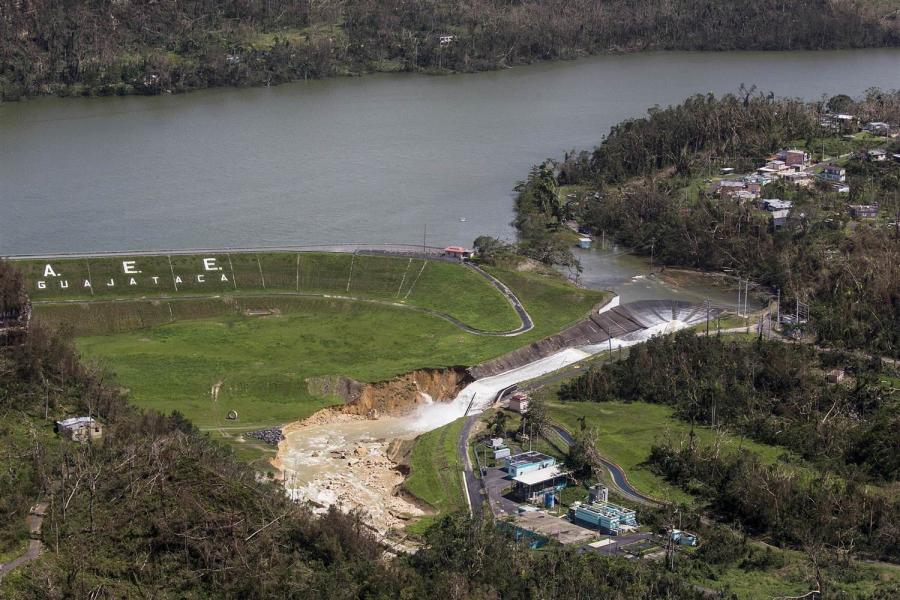 Since it appeared Sept 22, the crack in Puerto Rico's Guajataca Dam has prompted a mass evacuation of up to 70,000 in the northwest region of the island.

The crack appeared after Hurricane Maria dumped more than 15 in. of rain, filling the 90-year-old dam's reservoir to capacity. The reservoir, which measures 4 sq. km. in area, holds close to 10.5 billion gallons of water. If the dam bursts, the area could see life-threatening flash floods, New Scientist reported. The Guajataca lake provides the region with hydroelectric power, as well as drinking water, adding even more to the damage wreaked by Maria.

“The integrity of the structure has been compromised in a significant way,” said Governor Ricardo Rossello.

According to Tracey Williamson, chairman of the British Dam Society, erosion is to blame.

“Photographs of the incident show there's structural damage at the base of the dam's spillway, where overflows appear to be eroding the bottom of the dam,” said Williamson. “Depending on whether the overflow continues or increases for a significant amount of time, there's a possibility that erosion could progress to the point where the dam could breach,” New Scientist reported.

However, there are options to stop the dam from failing, including: