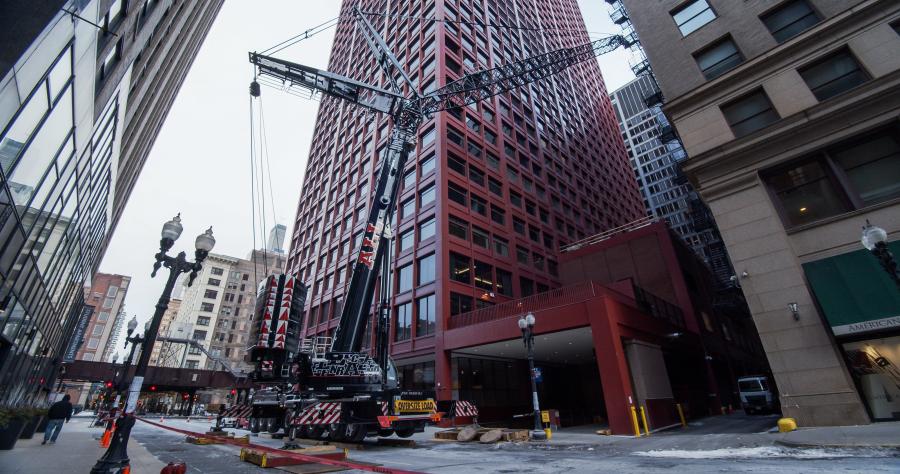 Urban settings can be tough environments in which to operate a crane. A recent project in downtown Chicago highlighted seemingly every conceivable hardship inherent to city work, yet each was overcome due to diligence, teamwork and careful planning.

It began when managers of a 44-story office building in the city's central business district needed to add two new generators to the building to accommodate a new tenant. A seemingly simple call to action, of course assuming you have a crane with enough muscle and boom length to get the generators lifted into place. However, the challenges included tight quarters (bounded on three sides by other buildings), overhead obstructions from these neighboring buildings, concern about street traffic, uncertainty about ground stability and the unpredictability of Chicago's winter weather.

Central Contractors Service, a member of the ALL Family of Companies, and a staple of the Chicagoland crane scene since the 1940s, provided the crane for the lifts. Central worked closely with Mike Walsh and his team at Dearborn Engineers & Constructors, the heavy-lift and engineering consultant on the project. 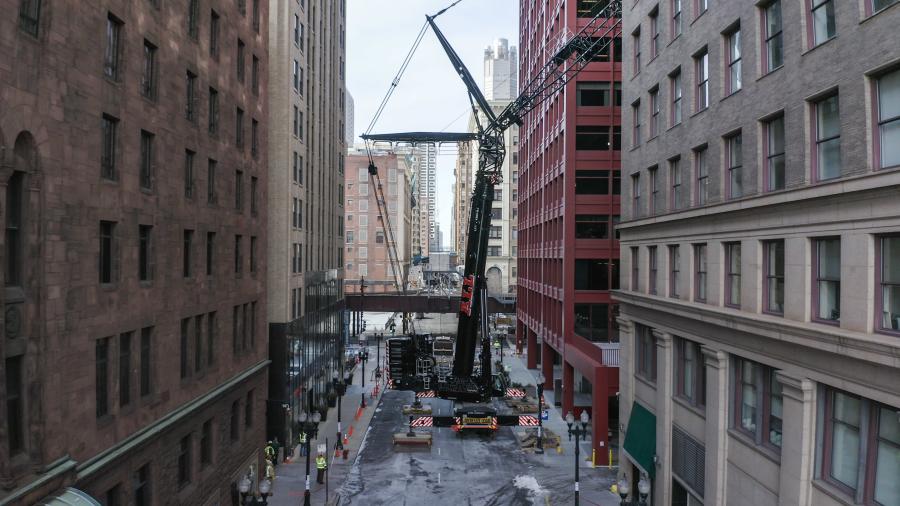 The generators arrived at the job site on trailers, which were parked in an alley next to the high rise. The alley was a scant 18 ft. (5.4 m) across. From here, the operator would pick and hoist each unit to the top of a four-story section of the building, where they would be installed.

Dearborn Engineers conducted extensive analysis of the site in the weeks leading up to the lifts, including use of drones, ground-penetrating radar and 3-D laser scanning. The methods provided a full view of the workspace from above, all sides, and even underground.

The preparation proved invaluable to the ultimate success of the job. Dearborn's mapping and analysis aided Central in selecting the ideal positioning of the crane among the restrictive confines. Every inch mattered, as there was just 6 ft. (1.8 m) of clearance on one side for the luffing jib to swing with each generator.

Another result of the pre-lift planning was discovery of the need to place underground supports beneath the surrounding sidewalk. In older cities, basements sometimes extend beyond the footprint of the visible structure, which was the case here. The network of undergirding strengthened the ground above to ably support the weight of the crane and its load.

The preliminary work created the best possible lift environment in what could have been problematic in less capable hands. The operator from Central Contractors Service picked and set both generators precisely and safely. The job was even completed several hours ahead of schedule, remarkable considering the host of hurdles that had to be cleared. 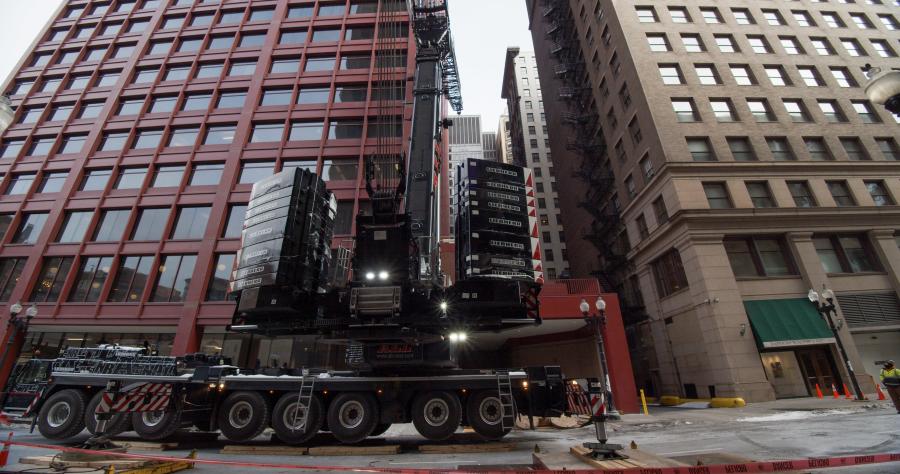