The president spoke to the North America Building Trades Union at a legislative conference recently. 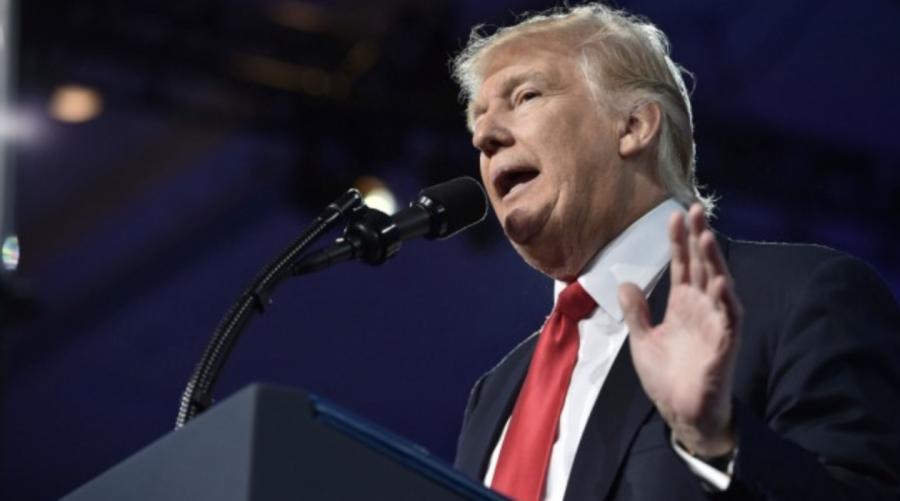 President Trump on Tuesday vowed to repair the country using American products and construction workers in a speech to builders.

“Together, we are going to rebuild our nation,” Trump said at the North America's Building Trades Union (NABTU) legislative conference. “America's labor leaders will always find an open door with Donald Trump."

Trump opened up his remarks at the Washington Hilton by shouting out different construction-related jobs, from pipe fitters and plumbers to electricians and cement masons.

"You're the backbone of America," Trump said to cheers. "With the talent in this room, we can build any city, any time, and better than anyone.”

Trump, whose business career revolved around real estate and building projects, also joked that he knew how much concrete and rebar could be laid down in a day.

“We're a nation of builders, and it was about time we had a builder in the White House,” Trump said.

Trump promised to bring back the 750,000 construction jobs that have been lost, in part by streamlining regulations that can bog down the time it takes for permits to get approved — a process Trump said can take up to 10 years.

To highlight his point, Trump whipped out a giant chart to show all the regulations that must be complied with to build highways, which he said are getting in the way of his $1 trillion infrastructure plan.

“If you want to build a highway in the United States, these are some of the permits you need,” Trump said, holding the chart. “It's a process that can take way over 10 years and just never happens. … We're getting rid of many of these regulations.”

Trump also recounted his unlikely path to victory in the 2016 election, saying his win was “about returning power to the people."

“I had the support of almost everybody in this room,” Trump said, prompting a mix of laughs, boos and whistles from the audience. A few hecklers could be heard shouting “Nope.”

But Trump pushed back, insisting his campaign had the support of workers.

“No, we did. We had tremendous support. … We really had the support of the workers,” he said. “Would you like to make a change, folks? Because if anybody wants to make a change, you won't be having so many jobs, that I can tell you.”

Trump shifted gears, reminding builders that he killed the Trans-Pacific Partnership (TPP) and approved the Keystone Pipeline, which received a standing ovation.

"We didn't just offshore jobs, we offshored a big part of the American Dream,” Trump said. “From now on, it's America first."