Problem Track Cause of Derailment at Penn Station 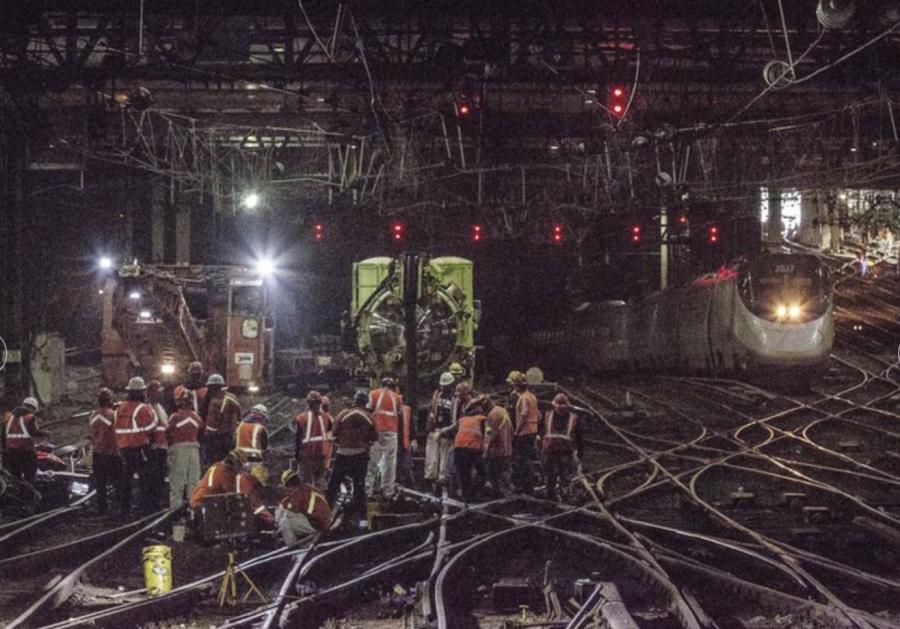 A portion of track that caused a derailment at Penn Station.

A portion of track that caused a derailment at Penn Station, creating major delays for commuters at the nation's busiest rail hub, was identified as a potential problem in an earlier inspection but wasn't thought to pose an imminent risk, Amtrak's CEO said Thursday.

Speaking to reporters at Penn Station, Wick Moorman said Monday's derailment of an inbound New Jersey Transit train occurred when the train passed over wooden cross ties that had been weakened, causing the track to separate and forcing the train's wheels off the rail.

He said a routine inspection in the days before the derailment noted the condition of the ties but didn't recommend replacing them right away.

"We had notations that these timbers needed to be replaced, but we clearly didn't have the understanding that there was an imminent failure," he said. "Clearly that was somewhere where we got it wrong."

Moorman said full service would be restored by Friday morning. The heads of NJ Transit and the Long Island Rail Road, which between them carry hundreds of thousands of people into New York daily, criticized Amtrak for Monday's derailment and another one on March 24, and for the time it has taken to restore full service. Eight of 21 tracks have been unusable this week.

Moorman said the March 24 derailment of an Amtrak train was caused by a misaligned track.

No one was seriously injured in either derailment.

On Wednesday, Republican New Jersey Gov. Chris Christie said in a letter to Amtrak that he directed NJ Transit to withhold funds it normally pays Amtrak for maintenance and repairs until an independent inspection verifies that Amtrak's Northeast Corridor is in a state of good repair.

Moorman cautioned Christie on Thursday, saying while he understood Christie's frustration, "withholding funding is not going to solve any of the problems."

Vince Difiglia, a Philadelphia resident who commutes regularly into New York to his IT job at an insurance company, said the aging infrastructure along the Northeast Corridor is often in the back of his mind, more so upon learning that the cause of Monday's derailment may have been foreseen.

"It's like that bridge thing in Philadelphia," he said, referring to a vehicle bridge connecting Pennsylvania and New Jersey where a crack was discovered in January that forced the bridge's closure for 1½ months. "It definitely gives you a cause for pause."