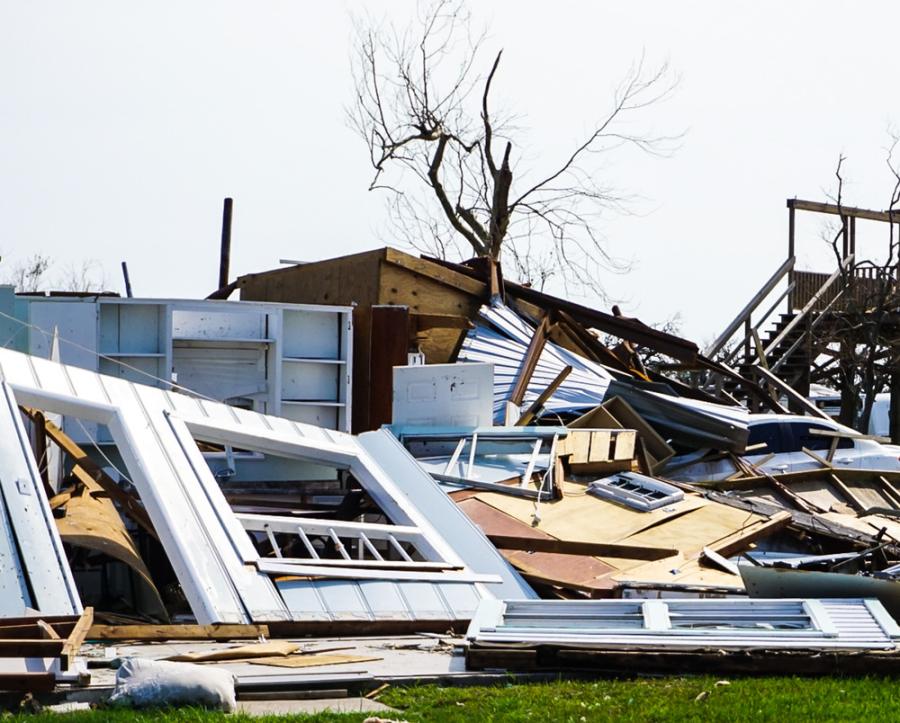 Every year, natural disasters threaten infrastructure and human life. The greatest damage (measured in repair dollars) is caused by storms. It is not only the high winds of thunderstorms, but rain and hail that cause the damage.

Hurricanes and flooding are the second and third most destructive natural event, respectively.

The Center for Climate and Energy Services (C2ES) states "recent analyses conclude that the strongest hurricanes occurring in some regions including the North Atlantic have increased in intensity over the past two to three decades. For the continental United States in the Atlantic Basin, models project a 45-87 percent increase in the frequency of Category 4 and 5 hurricanes."

Eight of the 10 costliest hurricanes on record in the United States having occurred since 2004. According to the National Oceanic and Atmospheric Administration (NOAA), the year 2017 tied with 2011 for the highest number of billion-dollar disasters (16); they caused more than $370 billion in damage. The year 2018 saw 14 weather disasters that caused $330 billion in damage.

The National Hurricane Center categorizes Atlantic hurricanes based on wind speed. A storm with winds exceeding 74 mph is a Category 1 hurricane. Storms with winds stronger than 111 mph are considered "major hurricanes" (Category 3 or higher).

The solution to protecting infrastructure from natural disasters, said Lemay, is building more resilient infrastructure including the buildings we live and work in.

"Resilience is the ability to plan for and adapt to adverse events," said Lemay.

Our habit of building quickly at lowest cost comes with a cost. NRMCA recommends a four-step process to try to overcome that.

"That is coming along. Some states don't yet have a state-wide building code, but most have," said Lemay.

These are standards that go beyond building code to address specific hazards. According to Lemay, there are a few high-performance building standards but they're not well-developed.

"One we reference frequently is called FORTIFIED; it's a voluntary program developed by the Insurance Institute for Business and Home Safety [IBHS]. It laid down a set of criteria to design buildings to meet higher standards when it comes to natural hazards. When it comes to base flood elevation or loading or whatever the case, it ups the requirements."

There is a payoff for adopting higher standards.

"There's some research that points to mitigating disasters in advance pays off," said Lemay. "The National Institute of Building Sciences has released data that shows there is a significant savings for spending money on designing buildings beyond code. For example, for every dollar spent designing a building to mitigate against storm surges, it yields $7 in cost savings when responding to the natural disaster. Wind and flood has a payback ratio of 5:1 and fires and earthquakes have a payback ratio of 4:1. We should spend the money upfront — not after."

Incentivizing desired behaviors is a means of changing bad behavior. Several states in the southeast United States, for example, have adopted legislation that compels insurance companies to offer discounts to companies who build to FORTIFIED standards.

FEMA (Federal Emergency Management Agency), this year, will be for the first time offering $250 million in BRIC (building resilient infrastructure and communities) grants. Congress passed in 2018 that six percent of the disaster relief budget line be dedicated to mitigation grants that allow for owners to be reimbursed for designing buildings to higher standards.

Standards that go above and beyond building codes demand materials that can resist high winds, flooding and fire.

"Concrete does not rust, rot or burn. It is a strong resistance to most natural hazards," said Lemay. "Concrete systems can offer greater disaster resilience."

And, it is not just traditionally formed concrete that is resilient, but also bearing wall systems such as insulating concrete forms and tilt-up concrete, which also have other unique benefits such as energy efficiency and noise reduction.

Concrete has resistance to flooding; FEMA recognizes it as a material that can be used below flood elevation. And it offers resistance to high winds.

"During a hurricane, most of the damage is caused by flying debris. Texas Tech created a test that flung a 2x4 at 100 mph at walls and roofs in order to determine their resistance," said Lemay. "The tests show that the 2x4 goes through wood stud and steel stud walls, but it doesn't penetrate concrete."